After years of tireless work and countless disappointments conservationists finally have reason to celebrate: the omnibus public lands bill was signed into law yesterday by President Obama.  H.R. 146 The Omnibus Public Land Management Act passed its final hurdle in the House of Representatives last Wednesday by a vote of 285-140.  The large package of over 160 bills will designate more than 2 million acres as wilderness.  Much of this is in California but significant plots are also in Idaho, Utah, Colorado, Oregon, Virginia, West Virginia, New Mexcio, and Michigan.  It is easily the most important lands protection legislation in decades.  See our press release here.

The Sierra Club's Director of Lands Protection, Athan Manuel, was there to capture the historic moment on camera: 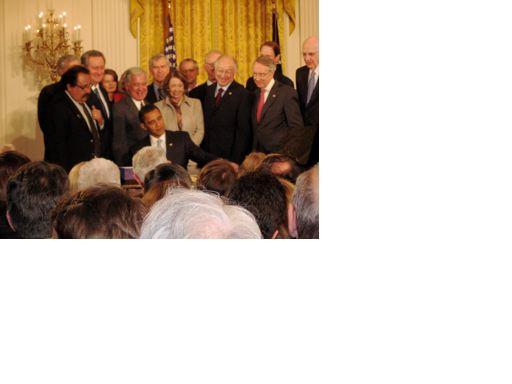 Environmentalist Takes the Lead at NOAA

Jane Lubchenco, a noted marine ecologist and environmental scientist, was selected by Obama some time ago to lead the National Oceanic and Atmospheric Administration but her nomination has been held up in the Senate (if this sound familiar to you, you're not alone).  Yesterday, however, the Senate finally confirmed her, putting this MacArthur Genius Fellowship recipient at the helm of the nation's preeminent agency in charge of climate, the oceans, and the atmosphere.  The MacArthur grant is only the beginning of her credentials.  Other awards include the 2002 Heinz Award in the Environment, the 2003 Nierenberg Prize for Science in the Public Interest, the 2004 Environmental Law Institute Award, and the 2005 American Association for the Advancement of Science's Award for Public Understanding of Science and Technology. Lubchenco takes her place in a long line of Obama appointees who are highly qualified and science-based environmentalists.  She states, "With hard work and the best science as our guide, NOAA can spur the creation of new jobs and industries, revive our fisheries and the economies and communities they support, improve weather forecasting and disaster warnings, provide credible information about climate change to Americans, and protect and restore our coastal ecosystems."  Climate change?  Protecting coastal ecosystems?  This is quite the new direction in the wake of the former agency head, Conrad Lautenbacher.  The administrator under Bush was seen by many as not a scientific tool to assist in policy, but rather a political tool to interfere in sound science.

Senator Bennett from Utah announced yesterday that he is going to block the nomination of David Hayes for Interior deputy secretary.  This obstructionist move could hold up the matter and further delay the Department of the Interior from being able to fulfill its duties.  Earlier today, the Senate Energy and Natural Resources Committee voted 17-5 to send the nomination to the Senate floor, despite Bennett's best attempts.  But he has stated that he will continue to hold up the confirmation.

Seems that Bennett is more than a little bitter about the Secretary of the Interior canceling 77 lease sales in Utah.  The December 19th sale was pushed through at the last minute by the Bush administration and would have opened up 100,000 acres in the vicinity of such natural treasures as Arches and Canyonlands National Parks, Dinosaur National Monument, and Nine Mile Canyon.  Bennett, however, is not pleased.  According to him there was sufficient collaboration between the BLM and the National Park Service to warrant the lease sales, sufficient enough that he thinks it is inconsistent for the Department of the Interior to now say that the process wasn't collaborative enough and cancel the leases.  And what, exactly, is Senator Bennett's definition of "sufficient collaboration?"  Apparently it's "two days of extremely productive discussions" between agency officials, according to a BLM press release.

Two days of discussion between Bush administration agency officials?  Seriously?  Before selling off cherished national icons?  Thankfully, the new administration realized what an egregious and corrupt move this was and cancelled the leases, giving time for a thorough review.  David Hayes would be a solid candidate for deputy secretary of the Interior and would add to an agency that has already indicated it is going to proceed with energy development on public lands in a reasonable and cautious manner.  The sooner he is confirmed, the sooner the agency can go about fulfilling its mission.

The oil and gas industry has been booming in the American West in recent years.  In Colorado alone the number of drilling permits has increased by more than 600 percent since 1999.  Unfortunately, this has been a win primarily for industry.  Many of the protections put in place by the Colorado Oil & Gas Conservation Commission (COGCC) to protect public health, water, and wildlife are 30 years old. 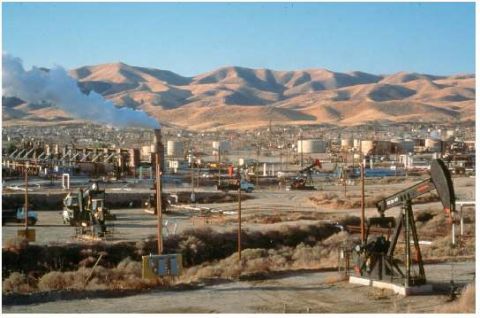 Last Friday, the Colorado House approved HB 1292, a practically commonsense bill that updates these antiquated rules.  Make no mistake, however, the industry is crying foul.  They claim this move will further hurt the already depressed local economy.  Opponents of the rule swarmed the Capitol in Denver during the debate, some even claiming that fear of the new rules was contributing to the recent pullback in drilling activity.  This, of course, is a ridiculous claim.  As anyone who has ever taken a basic economics course can tell you, drilling is decreasing nationwide due to the steep drop in demand and the resulting lower energy prices.

HB 1292 is a balanced bill that works to protect Colorado's economy and environment.  It includes new wildlife habitat protections,  odor controls, pit lining requirements, and chemical reporting regulations.  The new rules will most likely take place this spring, after a final review by the House and Senate approval.

S. 22 The Omnibus Public Land Management Act was defeated yesterday in the House of Representatives.  It was brought up under suspension and 426 members voted.  We needed 2/3 of those to vote in favor of it for the bill to pass.  Unfortunately, we missed that mark by two votes.  282 members voted for it and 144 voted against it.  Of those who voted against it, only three were Democrats.  Of those who voted for it, 34 were Republicans.

While this is somewhat disheartening, the fight continues.  Nothing is definite in terms of timing but we expect that the bill will be brought to the floor again under a rule.  In that likely scenario we may have to defeat a motion to commit; you can guarantee that Republican members will try to make this motion as controversial as possible.  But no matter, even if the motion causes us to lose 20 or more Democrats, we are confident that we can win.  It's been a long battle but the war is far from over.

In a bizarre move that no one can quite seem to figure out, the 9th U.S. Circuit Court of Appeals vacated an opinion from November that had halted Shell's plans to drill in the Beaufort Sea.  This ice-choked sea is some of the only polar bear habitat in the United States as well as key whale and sea bird habitat.  For these reasons among many, the court made a very reasonable decision last November when it concluded that the Minerals Management Service had improperly granted Shell permission for exploratory drilling in the Beaufort. 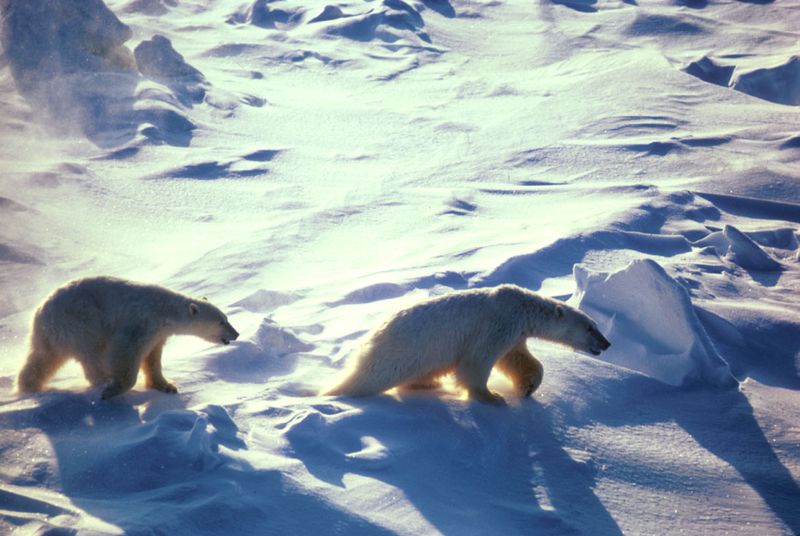 Why the court has vacated this decision is baffling, to say the least.  Even Shell Spokesman Chris Smith is quoted in the Associated Press as saying, "It's impossible to know what the intent of this decision could mean."  That puts it mildly.  Will drilling occur or won't it?  Why does this decision come now, at a time when the new administration is putting science back into policy?  Back in November the court ruled that MMS had violated the National Environmental Policy Act (NEPA) by failing to adequately assess the impact that drilling would have on the environment and indigenous communities.  That failure to comply has not changed.  In fact, in light of the decision, Shell postponed any exploration it had planned for 2009 on leases in the Beaufort and Chukchi Seas.

Okay, 9th Circuit Court.  A little clarity, please?  And remember that sound science is now the name of the game.  Maybe in light of that we should make sure that MMS adheres to NEPA?  Just a thought.