On April 28th, the 10th Circuit Court of Appeals in Denver stopped the Bureau of Land Management's plans to drill for oil and gas on the Otero Mesa.  The three-panel judge ruled that the BLM had failed to comply with the National Environmental Policy Act by not considering any alternatives to drilling on the mesa and not fully analyzing the impacts that such development would have.  This is a huge win and one that reaffirms the BLM's mandate to manage for multiple uses.  "Development is a possible use," the ruling states, "which BLM must weigh against other possible uses - including conservation to protect environmental values, which are best assessed through the NEPA process."

Otero Mesa is an enormous expanse of grassland in Southeastern New Mexico.  At 1.2 million acres, the area is actually the largest undisturbed grassland in the Chihuahuan Desert.  The drilling plan laid forth by the BLM would have threatened this critical habitat and the region's scarce groundwater supply.  The BLM now will likely have to complete an environmental impact statement about their mangement plan and at least consider completely closing Otero Mesa to development.  Additionally, this decision will apply to federal lands throughout the 10th Circuit and gurantee that environmental impacts are properly considered in any development plan.

Secretary of Commerce Gary Locke and Secretary of the Interior Ken Salazar just announced the full restoration of the Endangered Species Act.  This is good news not only for our country's many threatened species and their habitat but also for scientific integrity.  On its way out the door, the Bush administration bulldozed through rulemaking protocol and effectively eliminated Section 7 from the Act.  This is the section that mandates independent scientific review for any project proposed by a government agency.  By eliminating this section, the authority to determine how a project would affect an endangered species would be not in the hands of the expert biologists at US Fish and Wildlife or the National Oceanic and Atmospheric Administration, but rather in the hands of those who are proposing the project.  So essentially the Department of Transportation would be able to determine if the highway that they really want to build would negatively impact any endangered species.  Anyone with an ounce of common sense can see the glaring conflict of interest. In the 2009 Omnibus Appropriations Act, Congress authorized the Secretaries to make such a decision and revoke the rule change.  Today, on President Obama's 99th day in office, the Secretaries have used that authority and reversed one of the most notorious of Bush's numerous midnight regulations.  Common sense has triumphed and science has finally been restored to policy.

Yesterday was Earth Day and this year it was heralded in with more than just rhetoric.  President Obama and the Department of the Interior announced the completion of a framework for renewable energy production on the Outer Continental Shelf (OCS).  The framework issues regulations which govern offshore energy projects that use wind, ocean currents, or wave power to produce electricity.  This includes granting leases, easements, and rights-of-way for environmentally responsible renewable energy production. 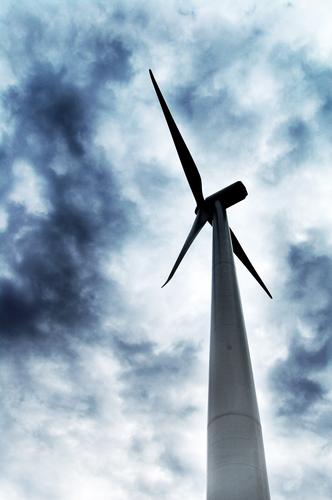 All I can say is. . .finally.  The Energy Policy Act of 2005 granted the Minerals Management Service the authority to regulate renewable energy production on the OCS, but that was as far as it went.  To date there hasn't been any movement to actually follow through with such regulation.  Secretary Salazar has made finalizing these rules a priority since coming into office and now he's followed through with it.  We are likely to see the first electricity production from offshore projects in two or three years.

Read the final framework in the Federal Register here.

This past Friday, a federal appeals court in Washington, DC handed down an enormous victory for our oceans, our beaches, and our climate.  The three judges ruled in favor of a coalition of environmental groups that had argued against the 2007-2012 Outer Continental Shelf Leasing Program, saying that it would do irreversible harm to Alaska's Bering, Beaufort, and Chukchi Seas.  This leasing program was pushed through without proper environmental review as the Bush administration was leaving office, a point the court made explicitly clear with its ruling. 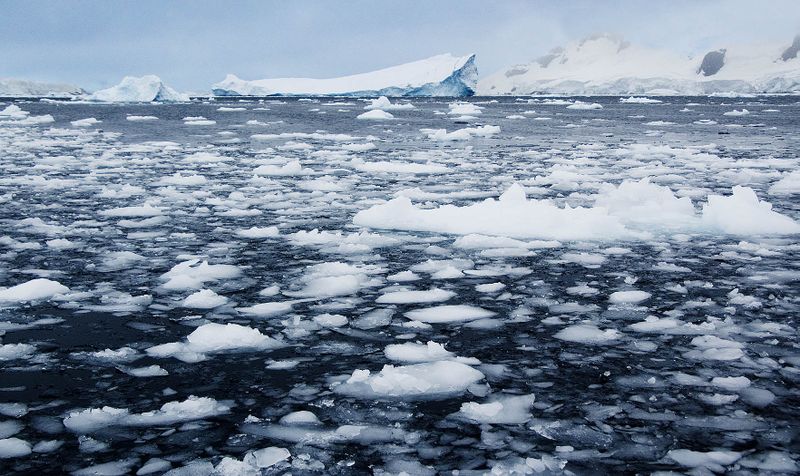 The decision has broader implications than just protecting Alaska's oceans, however.  The ruling vacates the entire five year plan, a plan which had scheduled 21 lease sales across the country.  12 were in the Gulf of Mexico, eight off Alaska's coast, and one off of Virginia's coast.  The impact of this decision cannot be underestimated.  Our coasts are more vulnerable now than they have been in almost three decades.  In the absence of a Congressional moratorium, this decision provides the best defense we have right now against the onslaught of the oil and gas industry.

Go figure, however, that Shell has indicated it will start exploratory drilling next year, in spite of the ruling.  They clearly are not going to lay down without a fight.  Write Secretary of the Interior Salazar and tell him that this ruling affirms the direction in which he appears to be taking the Minerals Management Service.  Drilling is not the answer for our energy needs.  It only destroys coastal environments and communities while exacerbating the climate crisis.  Tell him the new five year leasing plan should reflect this.

On Monday, the 10th Circuit Court of Appeals ruled in favor of protecting the Grand Staircase-Escalante National Monument from unchecked off-road vehicle use.  This decision represents a huge victory for the 1.8 million acre monument that has been tied up in the courts for years.  The trouble began in 2005 when Kane County in Utah decided to assert itself and its citizens' God-given right to take their ATVs anywhere they choose by dredging up an archaic law known as R.S. 2477.  The Civil War-era law was designed to encourage settlement in the West by developing a system of highways.  It was repealed in 1976, but the repeal was subject to one very big loophole: "valid existing rights."  Many R.S. 2477 road claims were never recorded so some apply this term very liberally in an attempt to claim ancient donkey paths as public right-of-ways. 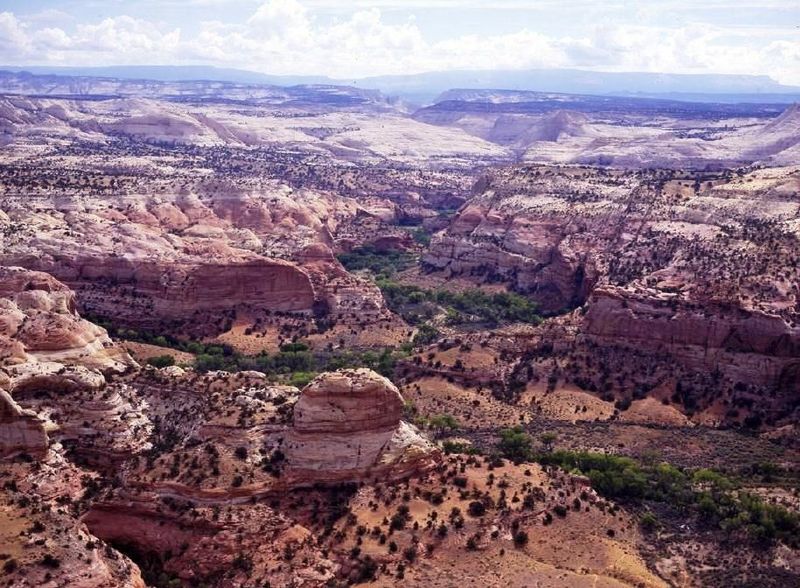 So how did Kane County choose to claim its right-of-ways across the Grand Staircase-Escalante?  Why, by doing what any law-abiding county should do.  It removed federal signs prohibiting vehicle access while simultaneously putting up hundreds of its own signs that illegally opened areas of the monument to off-road vehicles.  They defended this action by claiming hundreds of seldom-used jeep tracks and canyon bottoms were "highways."  This was in 2005.  Naturally, a group of environmental organizations sued and the U.S. District Court Judge Bruce Jenkins dismissed the counties' case (Garfield County joined with Kane County in the suit).  Monday's appeals court decision affirmed that judgment.

Department of the Interior Keeps Getting Better Yesterday, Secretary of the Interior Salazar appointed an environmental champion to serve as his deputy assistant secretary for land and minerals management.  That champion is Ned Farquhar, a former advocate for the Natural Resources Defense Council (NRDC) as well as a former adviser to New Mexico Governor Bill Richardson.  In this capacity Farquhar will help to oversee the Minerals Management Service, the Bureau of Land Management, and the Office of Surface Mining Reclamation.

His expertise is in energy and climate issues, including energy production and transmission.  This makes him an excellent choice to help oversee the very departments that are often busy leasing to industries that exacerbate the climate crisis.  Not least among these is the coal industry.  Farquhar, who recently blogged for NRDC that we need "protections that prevent climate-changing conventional coal from expanding into new markets," now works in the office that regulates coal mining and regulation.  How cool is that?  Just when it's beginning to sink in how great it is to have Salazar heading the Department of the Interior, he surpasses expectations and appoints a true expert and environmentalist to a highly important position.  Things are looking pretty good in Interior these days.

On Monday, Secretary Salazar hosted the first of four public hearings across the country about offshore drilling.  The hearing was an enormous success as environmentalists from up and down the eastern seaboard travelled to Atlantic City to voice their opposition to drilling.  The choice to hold the hearing in Atlantic City was a strategic one as New Jersey has one of the most robust tourist economies on the East Coast and thus stands to lose significant revenue if drilling occurs off its beaches.

The day was an exhaustive one, beginning at 8:30 in the morning and lasting until 5.  The crowd was a healthy mix of representatives from environmental organizations, public citizens, as well as a large crowd from the oil and gas industry.  The enviros, however, dominated the mood of the hearing, both in sheer numbers and applause at opportune moments.  Representatives and volunteers from the Surfrider Foundation even organized to have a large group in the audience silently raise dollar bills whenever industry shills who stood to gain financially from drilling delivered their testimony.

The most impressive part of the hearing, however, was the active participation by the Secretary himself.  Salazar was present for the first half of the day and read comment cards aloud, called on citizens to voice their comments, addressed concerns, and directly asked questions of the public.  It was an amazing display by an Interior Secretary to be so involved with the issue and truly underscored his commitment to responsible development. 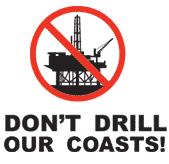 The second hearing is being held in New Orleans as I write this.  The final two will be next week in Anchorage and San Francisco.  Check out the Minerals Management Service website for more details on times and locations.  And while you're at it, tell the Secretary and the MMS that offshore drilling is not the answer!

Earlier this week, on the heels of Congress passing the omnibus lands bill, our neighbors to the north passed their own enormous protection measure.  On March 29, Quebec's Premier Jean Charest announced the creation of 14 new national parks in the famed Canadian Boreal Forest totalling around 4.5 million acres.  This sweeping annoucement means that 8% of all the land mass in Quebec is now protected. 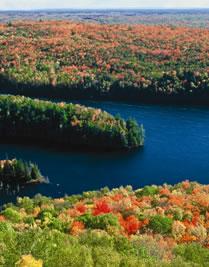 This is extremely heartening news about one of the world's largest intact forests.  At 1.4 billion acres, Canada's boreal forest is seemingly limitless and for years has been treated and logged as such.  Recently, however, awareness of the forest as a carbon sink has begun to take root.  The forest also contains some of the world's largest populations of wolves, grizzly bears, woodland caribous and provides much of North America's freshwater; however, it is also the largest single terrestrial carbon storehouse in the world.  It stores 186 billion tons of carbon or the equivalent amount of 27 years worth of the world's carbon emissions.

In May of 2007, a group of 1500 scientists called on Canada to recognize the vital importance of the boreal forest as a carbon sink, as the largest forest and wetland habitat in the world, and as the lifeblood for hundreds of First Nation communities.  They are advocating that at least half of the Boreal Forest be protected and only careful forest management be allowed on the rest.  While there is still a long way to go, Premier Charest announced that he plans to up the protected areas to 12% of the land mass in the more populous southern Quebec and 50% of the land in northern Quebec.