This past Wednesday, the U.S. Fish and Wildlife Service (FWS) unveiled its draft plan to help wildlife adapt to climate change.  This plan marks the first bureau in the Department of the Interior to release a specific climate strategy.  The agency intends it to help guide the management of every level of the agency.  Specifically, it deals with the Service's response to wildlife migration patterns, rising sea levels, and spreading invasive species.  The plan specifically mandates that FWS employees incorporate climate change into all management decisions.  It accomplishes this without giving specific prescriptions, but rather creating a framework for addressing a myriad of problems.

This is the exact type of initiative that the Sierra Club has been hoping for in the Department of the Interior.  Every land management agency must develop a climate adaptation strategy and a plan for implementation.

Senate Defeats Amendment to Open Our Coasts to Drilling

The Senate voted yesterday to kill an amendment with a motion to recommit by Senator Vitter (R-LA) that would have forced the Department of the Interior to follow Bush's 5-year off shore oil and gas drilling plan.  The amendment, offered to the Interior appropriations bill and defeated 56-42, would have prohibited the use of funds to delay the implementation of the Draft Proposed Plan (DPP) for Oil and Gas Leasing in the Outer Continental Shelf 2010-2015.  The Secretary of the Interior extended the comment period of this DPP 6 months ago due to its hasty and rushed publication in the waning days of the previous Administration.  This amendment would have taken away the Secretary's authority to further deliberate on this plan and how best to rewrite it, and would have instead forced him to follow through with a leasing program that was not based on science and would threaten our coasts.

The Secretary's comment period closed this past Monday with well over 350,000 comments submitted, the majority of those in opposition to the plan as written by the Bush administration.  The Secretary can now devote substantial thought and deliberation to those comments as the Interior agency proceeds developing a sound energy policy for our nation's outer continental shelf.

Earlier this week, a federal district court ordered that grizzly bears in the Greater Yellowstone ecosystem again receive protections under the Endangered Species Act.  The U.S. Fish and Wildlife Service stripped the grizzly of its protections in 2007.  When that occurred, the bear lost all protections on more than 40 percent of its range in the region.  2 million acres of its habitat was opened to increased motorized access, 850,000 acres were opened to oil and gas development, and 630,000 acres were opened to logging.  As of last Tuesday, these lands must again be managed for the protection of the bears as "threatened." 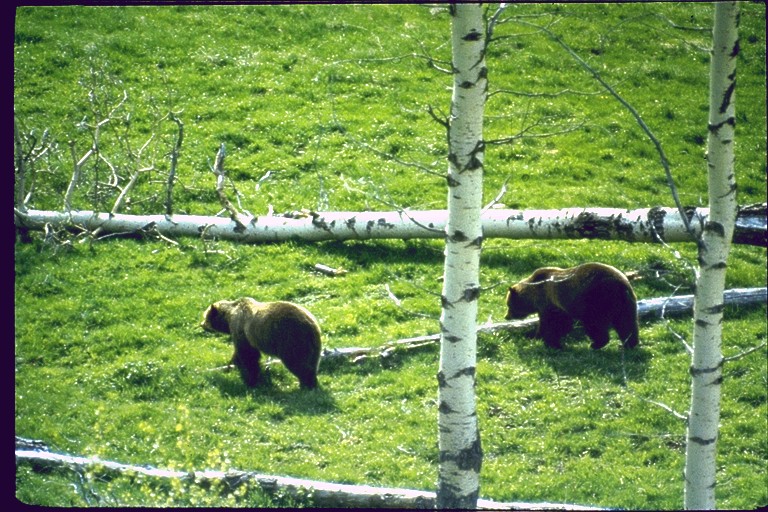 Photo Courtesy of the U.S. Fish and Wildlife Service

This decision was based in no small part on the fact that one of the bear's primary food source is in danger due to climate change.  The whitebark pine produces seeds that are extremely high in fat.  The bears depend on these seeds every year to help them prepare for the long months of hibernation.  However, with temperatures climbing, an unprecedented wave of mountain pine beetles are decimating the tree.  Grizzly bears need protection and space to cope with this huge alteration in their diet and help them adapt.  This decision will help ensure that the bears receive that protection.

In 1989, Representative Wayne Owens (D-UT), at the urging of the Sierra Club and other environmental organizations, first introduced what has come to be known as the America's Red Rock Wilderness Act.  The bill has been introduced every single Congress since then, with ever growing numbers of co-sponsors, without ever so much as a vote.  However, a legislative hearing has now been scheduled for October 1st in the National Parks, Forests, and Public Lands Subcommittee of the House Natural Resources Committee.

The current House bill is sponsored by Representative Hinchey (D-NY) and has close to 140 co-sponsors.  It would protect over 9 million acres of irrepaceable red rock wilderness lands in Utah.  Many of these lands are now threatened by proposed oil and gas exploration, development that would exacerbate the threats the region already faces from climate change.  Climate instability will become greater in this region as global warming takes its toll.  The projections are for higher temperatures, less rain, changes in patterns of snowmelt, and consequent disruptions in wildlife habitats and ecosystem services such as water supply for humans.

Unfortunately, none of the Utah delegation supports the bill.  This hearing, however, is an enormous first step and will make large strides toward raising the profile of the legislation and that which it aims to protect.

Last Thursday, September 3rd, was the 45th anniversary of the passage of the Wilderness Act.  That historic day protected 9 million acres as wilderness and in the decades since has protected more than 100 million acres.  The passage was a landmark piece of legislation for the entire country as a celebration of our heritage and ushered in a new era of conservation.  President Obama has already shown his commitment to wilderness by protecting 2 million additional acres this past March when he signed into law the Omnibus Public Land Management Act.

Last Thursday, President Obama commemorated the anniversary by declaring September 2009 National Wilderness Month.  He said, "I call upon all Americans to visit and enjoy our wilderness areas, learn more about our wilderness heritage, and explore what can be done to protect and preserve these national treasures."  This declaration and reminder could not be more timely.  In the face of global warming, our lands and wildlife face an unprecedented challenge.  Scientists tell us that in order to help wildlife survive in a warmer world, we need to protect as much habitat as possible.  Wilderness areas have never held more importance than they do today.

On August 21, a blow-out from a rig off the northwestern coast of Australia began spewing oil into the Timor Sea.  At this moment, that rig is still dumping 300-400 barrels of oil into the ocean every day and is expected to do so for the next six weeks, until the spill can be contained.  Already, the slick covers about 5,800 nautical square miles of ocean.  And in its path is the West Kimberley region of the Timor Sea, considered by some to be the last untouched marine wilderness on Earth.  This area acts as a critical migration path for whales and sea turtles, to name a few among a multitude of species.  The Kimberley Coast is a mangrove-dotted, remote shore with countless islands and shoals.  If the oil were to reach that intricate network, clean-up of the spill would be virtually impossible.

This spill comes amidst the oil industry continually touting its "safe" technology and the Senate debating opening up a protected region of the Gulf of Mexico to drilling.  We consistently hear from industry of a stellar environmental record and their state-of-the-art rigs that don't spill.  The current state of the Timor Sea explodes these claims and should remind the world that the industry is still dirty.

You can see satellite photos of the spill at SkyTruth.

Watch video of the spill below:

Last week, the first legal wolf hunt in decades in the continental US began in Idaho.  Next week, it will begin in Montana.  Before November is over 295 wolves could be killed between the two states.  In April, the Obama administration chose to uphold a Bush administration delisting of the gray wolf from the Endangered Species List.  That decision did not apply to Wyoming, however, because their state management plan for the wolf was deemed unacceptable.  But management of the species has reverted to the states in the case of Idaho and Montana despite the fact the wolf population across the northern Rockies is slightly less than 1600 individuals, not yet a sustainable population. 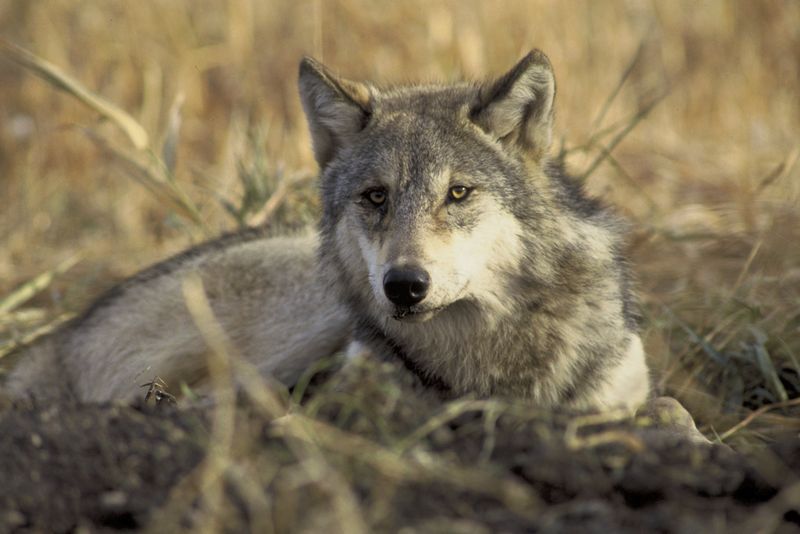 Since the gray wolf's reintroduction to the region in the mid-90s, they have thrived as a species and begun to reestablish their ecological niche as a top predator.  To begin hunting them now, before their population has reach a sustainable level, is premature and detrimental to years of hard work.

Although a judge denied our request for an injunction that would have halted the hunting, we are encouraged by his ruling.  It hinted that the U.S. Fish and Wildlife Service may have violated the Endangered Species Act when removing protections for wolves in the northern Rockies.  The Sierra Club, and several other environmental groups, are continuing to fight the wolf delisting decision in court.