This past Wednesday the Sierra Club, in conjunction with the International League of Conservation Photographers (ILCP), hosted a congressional reception in the Senate to present awards to two of our champions who have taken leadership roles in addressing the ecological negative impacts of expansive and fiscally wasteful border walls.  The event also served to celebrate the culmination of a two-week photo exhibit of the borderlands and the 20th anniversary of the fall of the Berlin Wall.  The reception was a huge success and gave the environmental community and its coalition partners in the faith and human rights communities the chance to honor Rep. Norm Dicks (D-WA) and Senator John Kerry (D-MA) and applaud them for their tireless efforts to advocate for a more responsible border policy that respects communities, wildlife, and the borderlands' unique natural resources. 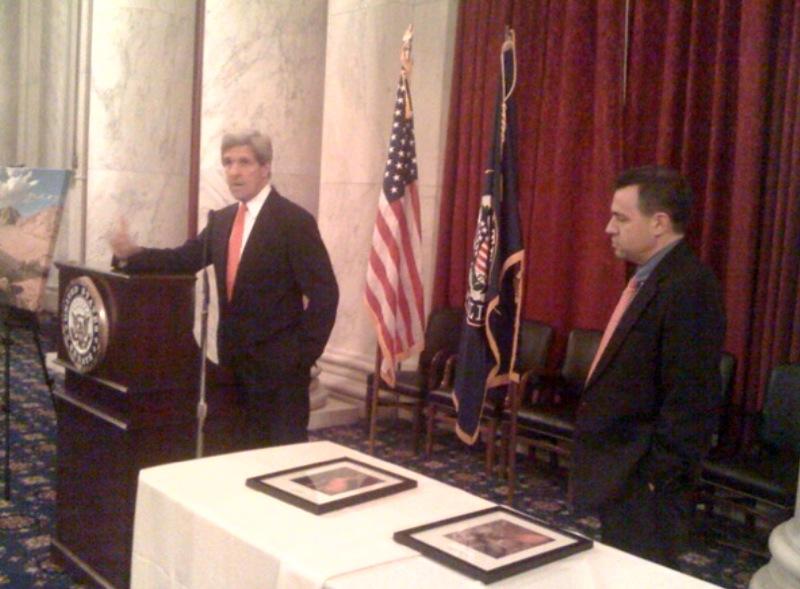 The reception capped off a two-week display of an amazing collection of photographs by the ILCP.  The photos, partially commissioned by the Sierra Club, were taken during an expedition last January across the entire border region, from Brownsville, TX to San Diego, CA.  The photographers spent three weeks traversing the borderlands and documenting the ecological and cultural values of the region as well as the devastation that the construction of the wall has left in its wake.  The stunning canvas prints that resulted from that trip have been on display in the Senate for the past two weeks to show our federal legislators a beautiful and wrenching portrait of the true effects of this irresponsible border policy. 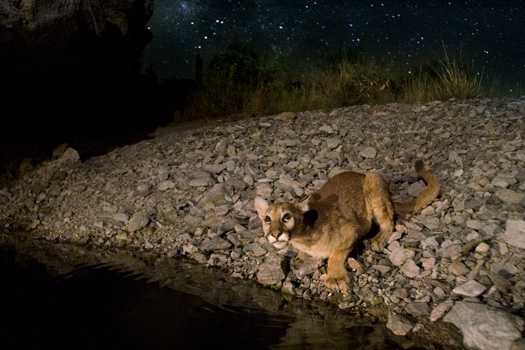 Photograph courtesy of the Intenational League of Conservation Photographers

Yesterday, the Department of the Interior announced that the brown pelican population has recovered and that it will soon be removed from the list of threatened and endangered species.  This is a huge win and acts as a powerful testimony to the efficacy of the Endangered Species Act (ESA) and the amazing recoveries that it can engender.

The brown pelican has a long and storied history: from being hunted for its feathers, to having its coastal habitat slowly industrialized and developed, and finally being decimated by the pesticide DDT.  Efforts to protect the bird extend back more than a century.  President Theodore Roosevelt helped created the National Wildlife Refuge System in large part to protect the pelican from hunters and established the first such refuge at Pelican Island in Florida.  By 1970, with the widespread use of DDT, the bird's population dropped to as low as 10,000.  In that year it was declared endangered under a precursor to the Endangered Species Act.  Now, thanks to the ESA and robust recovery programs, there are around 650,000 birds.  This is cause for celebration for the pelican and the power of the Endangered Species Act.

Last week, Representative Maurice Hinchey (D-NY) sent a letter to the Department of the Interior signed by 88 other members of the House of Representatives written to spur on the protection of critical lands in Utah.  The letter urges the Department to revoke a settlement that was reached in 2003 under the previous administration in which the Department agreed to stop providing interim wilderness protections in Utah.

Utah, a state long known for having legislators unfriendly toward wilderness, also happens to be a state with some of the most pristine lands eligible for wilderness designation.  The letter specifically asks Secretary Salazar to administratively protect the 9.4 million acres that would be protected under the Red Rock Wilderness Act until Congress moves to protect them statutorily.  The Sierra Club has been a longtime supporter of the Red Rocks bill and applauds Representative Hinchey's efforts to move forward and protect these crucial lands.

Last week, the U.S. Fish and Wildlife Service announced its proposal to designate more than 128 million acres as critical habitat for the polar bear.  This announcement comes well over a year after the bear was listed as threatened under the Endangered Species Act in May 2008.  When that listing occurred without the accompanying habitat designation mandated by law, a coalition of environmental groups filed a lawsuit against the Department of the Interior (DOI).  Last week's announcement is the first step toward fulfilling part of the settlement that resulted from that suit: the DOI will publish a final rule designating critical habitat for the polar bear no later than June 30, 2010. 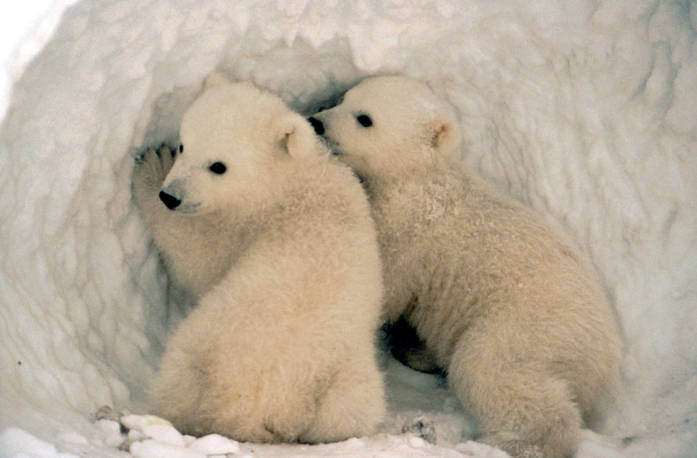 Courtesy of the U.S. Fish and Widlife Service

The proposed habitat would encompass some 200,000 square miles of sea ice habitat, barrier island habitat, and onshore denning habitat.  The area includes huge swaths of the Chukchi and Beaufort Seas, waters that the polar bear is completely dependent upon for survival.  These waters freeze over for much of the year and provide polar bears their hunting grounds and breeding grounds.  However, in the face of global warming the sea ice is decreasing.  In addition, these lands are sought after by the oil and gas industry.

If the polar bear is to have any chance at surviving as its ice-dependent existence literally melts away, we must work to reduce all other stressors that are straining its survival.  The proposed habitat does include areas where oil and gas exploration is occurring.  In fact, this announcement comes on the heels on another announcement by the Minerals Management Service saying it had approved two leases for Shell to drill exploratory wells in the bear's habitat in the Beaufort Sea.  The Department of the Interior must do all it can to reduce these unnecessary and dangerous stressors and help this iconic and key predator adapt to a warming world.