Yesterday, Secretary of the Interior Ken Salazar delivered a powerful keynote address at the UN Climate Change Conference being held in Copenhagen.  That speech, entitled "New Energy Future: The Role of Public Lands in Clean Energy Production and Carbon Capture," gave a clear message to the world just how much the Obama Administration has already accomplished moving us toward a cleaner economy and how we're going to finish getting there.  The Secretary made clear that our abundant lands are going to play a crucial role in that transition, both in terms of responsible renewable energy development as well as acting to naturally sequester carbon. 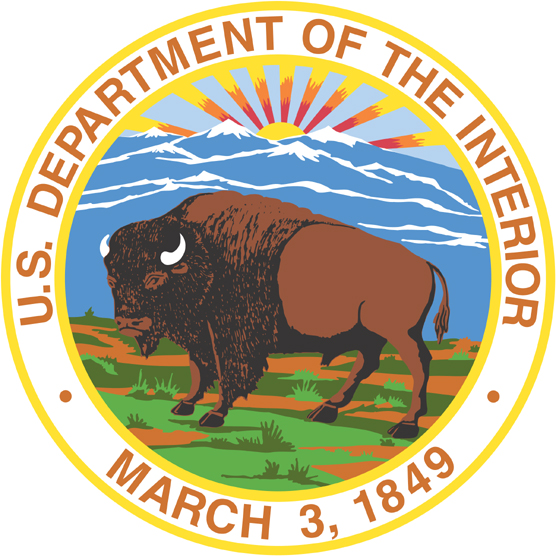 The speech was eloquent and meditative and deserves to be read in its entirety which can be viewed here.  Some representative highlights are excerpted below:

On the role of public lands:

America's lands and oceans can serve as clean energy producers.  They can serve as carbon catchers.  And they can be buffers against the impacts of a rising tide and a changing climate.

We have awarded the first-ever exploratory leases for renewable wind energy production on the Outer Continental Shelf offshore New Jersey and Delaware.  And just yesterday, as I toured the Middelgrunden wind farm here in Copenhagen, I announced that in the coming months we will open the first Atlantic renewable energy office to facilitate permitting of offshore projects in coordination with states.

Onshore, we are moving quickly as well.  We are opening Renewable Energy Coordination Offices in western states to help swiftly complete reviews on the most ready-to-go solar, wind, geothermal, and related transmission projects on public lands.

We have set aside 1,000 square miles of public lands in twenty-four “Solar Energy Study Areas” that the Department of the Interior is evaluating for environmentally appropriate solar energy development across the West.

And we have invested $41 million through the President’s economic recovery plan to facilitate a rapid and responsible move to large-scale production of renewables on public lands.

We believe that of the solar projects and wind projects currently proposed, more than 5,300 megawatts of new capacity could be ready for construction by the end of 2010 - enough to power almost 1.6 million homes.  And project construction will create over 48,000 jobs.

To get this clean power to market, we are upgrading America's transmission grid for the 21st century.  We are clearing out red tape at the federal level, identifying transmission corridors that can move power from where it's produced to where it's consumed, and fast-tracking approximately 1,000 miles of new transmission projects that can get under way by the end of 2010.

By restoring ecosystems, using best management practices, and protecting certain areas from development, U.S. lands can store more carbon in ways that enhance our stewardship of land and natural resources while reducing our contribution to global warming.

We recognize that the effects of climate change aren't limited to any one national park, wildlife refuge, or Indian reservation- they are felt over broad landscapes.  Entire wildlife corridors are changing.  Shifting precipitation patterns are being felt up and down the seven-state Colorado River basin.  And rising sea levels are affecting communities along all coasts.  That's why the Department of the Interior's climate change adaptation strategy is organized around landscape-scale partnerships.  Eight DOI Climate Change Response Centers will synthesize existing climate change impact data and management strategies, help resource managers put them into action on the ground, and engage the public through education initiatives.

The speech included many more encouraging statements, benchmarks of progression, and signals of a promising direction forward than can be highlighted here.  By and large, the speech indicates that the Administration is very much on board with building our clean energy future.  This is a vitally important message that Secretary Salazar delivered to the world community on Wednesday.  But it is also a vitally important message for the United States to hear.  At a time when action on climate change legislation keeps getting pushed back, cynicism comes easily.  This speech acts as a reminder of just how much the Obama Administration has already accomplished and just how much further it has every intention of taking our country when it comes to managing our public lands and making them more resilient in the face of climate change.

On Wednesday, December 2, the Sierra Club partnered with a coalition of other environmental organizations to honor members of Congress who have championed efforts to protect our national forests' roadless areas.  In 2001, President Clinton issued the Roadless Area Conservation Rule, which added protections to our country's remaining 58.5 million acres of roadless forests.  These ecologically rich areas serve as vital wildlife habitat, provide clean water, store large amounts of carbon, and offer exemplary recreational opportunities.

Despite President Bush's efforts to undermine the Roadless Rule, the majority of our country's remaining roadless forests remain protected, and thankfully President Obama and Secretary of Agriculture Tom Vilsack have made commitments to upholding and defending this landmark conservation policy.  Congressional leaders have been instrumental in the success of protecting our roadless forests and Wednesday gave us the opportunity to honor them for their efforts to build support for legislation that would more permanently protect these precious areas.  Receiving awards in person were Representatives Jay Inslee (D-WA), Earl Blumenauer (D-OR), Diana DeGette (D-CO), Senator Jeff Merkley (D-OR), and former Congressman Sherwood Boehlert (R-NY).

Although the majority of our country's roadless areas are currently protected, areas remain that are still at risk.  Idaho and Colorado submitted state-specific plans that greatly reduce the level of proections that their roadless areas receive, and the Tongass National Forest in Alaska is not protected under the national rule thanks to a temporary exemption that the Bush administration made in 2003.  As a result, there is still the need to weigh in with the Obama administration.

Take action and encourage them to uphold and defend the 2001 Roadless Rule to ensure protections of all our roadless forests, including the Tongass.