Obama Administration to Designate Critical Habitat for the Jaguar

On Tuesday, January 12, the Obama administration announced its intention to designate critical habitat for the endangered jaguar.  The U.S. Fish and Wildlife Service, which will also develop a recovery plan for the jaguar, will propose areas for critical habitat designation by January 2011.  Both the critical habitat designation and the development of a recovery plan are mandated by the Endangered Species Act (ESA).  However, these actions have long been delayed by previous administrations on the grounds that they simply are not practical given that the majority of the jaguar's habitat occurs outside of the U.S.  Recently, however, a federal judge rejected these justifications and ruled that the Fish and Wildlife Service must reconsider the decision made under the Bush administration to not designate critical habitat. 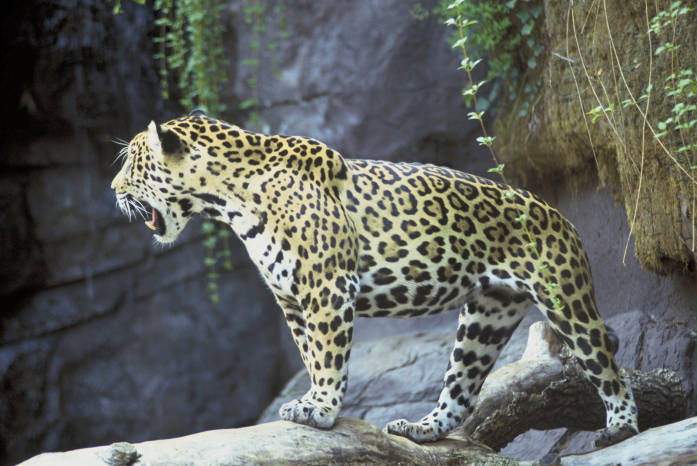 Two weeks ago, the Sierra Club, along with a coalition of environmental groups, sent a letter to Secretary Salazar urging him to comply fully with the ESA.  The evidence shows that, despite the presence of very few jaguars currently in the U.S., their historic range is enormous, stretching all the way east to Louisiana and north to the Grand Canyon.  The American Society of Mammalogists also urged the Fish and Wildlife Service to designate habitat, concluding that jaguar habitat in the U.S. as "vital to the long-term resilience and survival of the species."

It is encouraging that the Service followed through on these recommendations and has taken a step that will help the jaguar and its habitat recover and adapt.

Last week, Secretary of the Interior Ken Salazar announced several reforms that the Bureau of Land Management (BLM) will undertake when it comes to leasing lands to the oil and gas industry.  The Administration had given strong signals that they would be revamping the way business is done on our public lands so it is heartening to see this concrete step taken toward real change.  The eight years under the Bush administration saw our western public lands revert to a veritable Wild West of industry development.  Many of our country's most cherished environmental regulations to protect lands from such development were dismissed or disregarded while the BLM caved to the pressure of industry.  Last week's announcement promises to restore the BLM's rightful place as a steward of our public lands.  As Secretary Salazar said, "The previous Administration's 'anywhere, anyhow' policy on oil and gas development ran afoul of communities, carved up the landscape, and fueled costly conflicts that created uncertainty for investors and industry."  Many of the reforms announced adhered to the recommendations made by a review team that Salazar mandated when he put the brakes last year on a large number of Utah leases pushed through during Bush's final days. 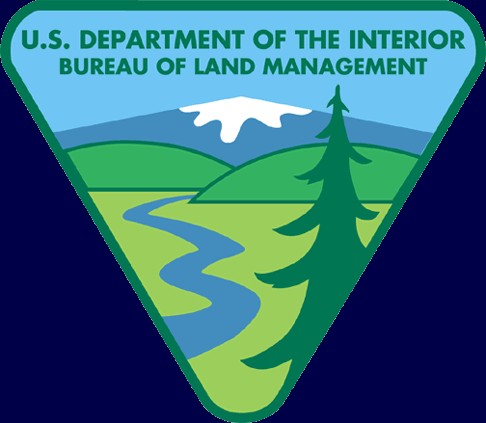 For more info about specific reforms check out the BLM's announcement.

Looking Ahead to Wilderness

Last month, as the first session of the 111th Congress drew to a close, the Senate Energy and Natural Resources Committee (SENR) held a legislative mark-up on several pieces of wilderness and public lands legislation.  The legislation builds upon the impressive record of the 111th Congress, which early in 2009 passed the Omnibus Public Land Management Act and in doing so protected some 2 million acres of wilderness.  Now, the ENR Committee has marked up 32 individual bills, clearing their way for action on the Senate floor early this year.  This includes several important bills that will protect new wilderness areas in Washington and New Mexico as well as wild and scenic rivers in Oregon and Washington.  Unfortunately, it also contains a land swap that would authorize a massive copper mine located under several Native American sacred sites in Arizona. 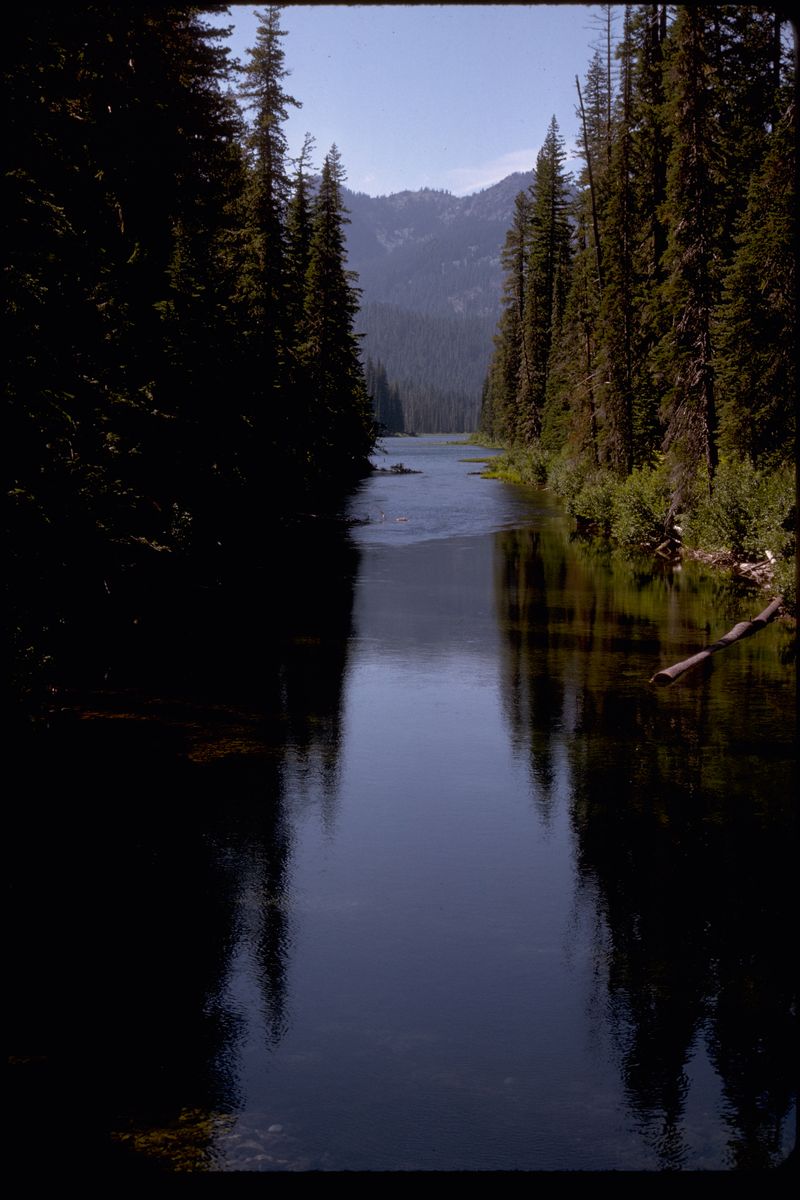 Among the key good bills included in the package is Chairman Bingaman's bill (S. 874) to establish the Rio Grande Del Norte National Conservation Area in Northern New Mexico.  The legislation would designate over 214,000 acress as a national conservation area and would also designate 21,000 acres as wilderness.  The committee also approved the Alpine Lakes Wilderness Additions and Pratt and Middle Fork Snoqualmie Rivers Protection Act (S. 721), legislation introduced by Senators Patty Murray (D-WA) and Maria Cantwell).  This bill would add over 22,000 acres of low elevation forests to the existing Alpine Lakes Wilderness in Washington, one of the most popular wilderness areas in the country, as well as designate nearly 30 miles of the Middle Fork Snoqualmie and the entire Pratt River as wild and scenic rivers.  Finally, two separate proposals (H.R. 1593 and S. 1369) approved by the Committee would protect 14.3 miles of Illabot Creek in Washington and 21 miles of the Molalla River in Oregon as wild and scenic.

Unfortunately, the ENR Committee also reported out the Resolution Copper land exchange bill (S. 409) sponsored by Senators John McCain (R-AZ) and John Kyl (R-AZ).  The land exchange is adamantly opposed by Native American tribes in Arizona and across the country because some of the lands being exchanged are considered sacred by the San Carlos Apache tribe.  The lands are adjacent to Apache Leap and include the historic Oak Flats campground, used annually by the Apache tribe.  Senators McCain and Kyl argue that the proposed Resolution Copper mine will bring jobs and tax revenue to Arizona.  The Sierra Club's Grand Canyon Chapter has worked closely with our tribal allies to oppose the land exchange.  However, Senators McCain and Bingaman struck a deal shortly before the ENR mark-up, which mandated full NEPA review of the land exchange and the requirement that the Secretary of Agriculture must determine if the land exchange is in the 'public interest.'

Looking ahead, we expect that these bills, along with numerous others, will likely be packaged into some kind of omnibus bill.  We look forward to working to push these important wilderness and wild and scenic river bills across the finish line and to the President's desk by the end of 2010.

On December 17, Secretary of Agriculture Tom Vilsack announced that the Forest Service would, as expected, be undertaking a new rule-making process to create and implement a broader and more collaborative way to manage our National Forests.  According to Vilsack this includes protecting watersheds, restoration, managing for the effects of climate change, working across landscapes, and improving collaboration all while helping local economies.

Following Secretary Vilsack's announcement, the Forest Service published a Notice of Intent to prepare an environmental impact statement for creating such a planning rule.  That notice is available for public comment through late February.  The Sierra Club is working closely with coalition partners to craft comments and suggestions to make sure the final planning regulations meet the needs of our national forests and grasslands while also managing to make them more resilient in the face of climate change.  We will continue to work directly with the administration to help move the process along.

Late last December, a diverse coalition of environmental groups, members of the tourism industry, and Alaska Native groups filed a lawsuit to protect roadless areas in Alaska's Tongass National Forest.  The Tongass, America's largest national forest, was temporarily and arbitrarily exempted from protection under the national Roadless Rule in 2003 by the Bush administration.  Unfortunately, the Tongass exemption still exists today and exemplary roadless areas within it still have no protections.

The forests of the Tongass provide critical habitat for wildlife, maintain clean freshwater for Alaskan communities, and store enormous amounts of carbon dioxide.  Much of the forest is old-growth, the final stage of forest development and the one with the greatest carbon storage potential.  Additionally, the Tongass is the largest intact temperate rainforest ecosystem on the planet.  Protecting the roadless areas in the Tongass is the single most effective way to keep that ecosystem intact and allow it to adapt to a warming world while helping to combat climate change.

The lawsuit filed in December alleges that the 2003 exemption of the Tongass from the Roadless Rule was illegally adopted.  The Sierra Club, along with a wide variety of other organizations, is represented in the case by Earthjustice and the Natual Resources Defense Council.