The Obama administration expressed general support for the bill, but each of the three federal agencies affected by it suggested changes.  The Defense Department, which has major installations in the region and routinely uses its land for military exercises, asked for a specific analysis of how the development restrictions would affect is activities.  The Bureau of Land Management supported the goals of the bill but expressed concerns about a provision that would change the way the federal revenue from wind and solar projects is allocated, namely that the proposal to divert some revenue from the Treasury Department would have serious costs.  And the Forest Service supported provisions of the bill that affected its lands but deferred to the other entities on sections concerning their lands and interests.

The Sierra Club expressed qualified support for the bill, but we continue to have some concerns.  You can read our letter that was submitted for the hearing record to learn more.

This past Thursday, the U.S. Forest Service announced a new vision for Alaska's Tongass National Forest.  At over 17 million acres, the Tongass is our country's largest and wildest intact forest.  It's home to some of the country's last remaining old-growth forest, contains unparalleled habitat for grizzlies and spawning salmon, protects vital watersheds for Alaskan communities, and stores huge amounts of carbon.

The administration's announced framework is encouraging.  It rightly recognizes that the future health of the region's economy relies on shifting forest management practices away from old-growth logging and towards science-based restoration.  The plan reinforces the fact that the region's total employment figures can actually benefit from moving away from logging and instead promoting tourism and restoration.

We are committed to working with the administration to ensure that they succeed in transitioning Tongass management away from old-growth logging immediately and towards a balanced approach that protects the region's diverse values for future generations.  We are also committed to defending the Tongass from threats, including legislation that would transfer approximately 70,000 high-value acres of the national forest to the Sealaska Native Corporation.

Read more about this legislation and contact your senators.

Last Friday, May 21, was Endangered Species Day.  Amidst hundreds of events celebrating wildlife across the country, oil continued to wash up on American shores in the Gulf of Mexico, further degrading habitat and adding significant threats to numerous species already imperiled. 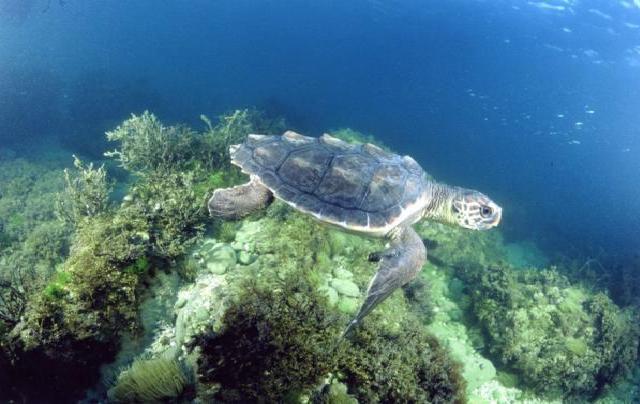 Loggerhead Turtles are just one of the species facing additional threats because of the BP oil spill diasaster.  Loggerheads were already imperiled across their entire global range by threats to both their marine environment and the beaches where they lay their eggs.  Because of this, the U.S. populations of Loggerheads in the Atlantic and Pacific oceans now have threatened species status, but on March 12, the U.S. Fish and Wildlife Service and the National Marine Fisheries Service jointly proposed updgrading their status to endangered.

Please take action and support this proposed listing.  The heightened protection offered by endangered species status will better ensure survival of the Loggerhead Turtle during this critical crisis when they need all the help they can get.

For several years, the Toiyabe Chapter and the Southern Nevada Group of the Sierra Club have worked to protect the Gold Butte area.  Gold Butte is located on the border between Nevada and Arizona and is home to multiple mountain ranges, unique sandstone formations, and significant collections of prehistoric rock art along with other historic and cultural resources.  The area represents an important wildlands linkage between the protected areas in Clark County, Nevada, and the Grand Canyon-Parashant National Monument on the Arizona side of the border.

In 2008, Rep. Shelly Berkley (D-NV) introduced legislation to create a National Conservation Area, with wilderness, in Gold Butte.  Later that year, Dina Titus was elected to the 3rd District of Nevada, home to Gold Butte.  Since then, the Southern Nevada Group leaders have worked closely with Rep. Titus and Senator Harry Reid (D-NV) to permanently protect the area from rampant off-road vehicle abuse.

In addition, the Southern Nevada Group has also worked to push a proposal to protect significant Tule Springs fossil beds located just north of Las Vegas, and slated to be turned into another sprawling McMansion development.

These efforts came to a key decision point recently, when the Clark County Commission scheduled a vote on a resolution of support for the Gold Butte National Conservation Area proposal.  Working with our partners, the Sierra Club generated important grasstops contacts to all the County Commissioners, sent out multiple electronic alerts, and collected more than 500 signatures on a petition supporting the resolution.  Thanks to the hard work of our dedicated volunteers, the County Commission voted 6-1 in favor of the Gold Butte Resolution.  This support is vital, and we expect that Senator Reid will now move forward with the introduction of a new bill that will protect the natural and historic values the Gold Butte area and the Tule Springs fossil beds.

This week, a six-week long public process held about forest planning came to an end in Washington, DC.  The U.S. Department of Agriculture and the Forest Service held 33 public roundtable discussions to help craft the planning rule that will govern how all 193 million acres of our national forest and grasslands are managed.  The Sierra Club's fantastic organizers and activists took the lead at these public events and used the roundtables as opportunities to unite various segments of our base and to show the administration broad support for updating the planning rule to address climate change and adaptation. 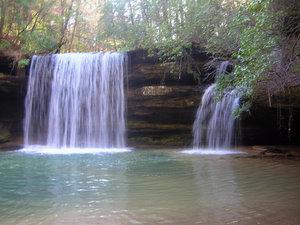 Our organizers worked to turn out as wide and representative a group as possible to voice their concerns and needs.  Business owners, hunters and anglers, scientists, avid outdoor enthusiasts, and land managers all have a stake in our national forests.  These lands support millions of green jobs, in addition to fish and wildlife, and need help adapting to climate change.  They are also one of our biggest assets in fighting climate change as they sequester enormous amounts of carbon if managed properly.  One of our jobs has been to make sure that the public and the administration see those connections and develop a strong planning rule with clear national standards to better protect these resources and values.

Throughout the six-week process, we heard several themes raised repeatedly by citizens in every city: to be successful, the new forest planning rule must apply sound science, preserve water and watersheds, protect fish and wildlife, address climate change, and ensure accountability to the public.  To be sure, the administration has started a good process, but its success will ultimately depend on the final rule that is adopted and implemented.  Here's to hoping the administration listens to the American public.

This year, the US Fish and Wildlife Service (USFWS) has begun to develop a Comprehensive Conservation Plan (CCP) for the Arctic Refuge.  The CCP process happens roughly every 15 years and is designed to direct management of the Refuge.  Part of the planning process includes conducting a wilderness review and a wild and scenic rivers review.  The wilderness review could potentially result in an official Administration recommendation to Congress for wilderness designation on the Coastal Plain.  The CCP process also provides the Sierra Club and the public an opportunity to weigh in with the USFWS and suggest how the Refuge may be better managed.  The kickoff press event was timed to occur shortly before the planned public scoping hearing in Washington, DC on May 4th. 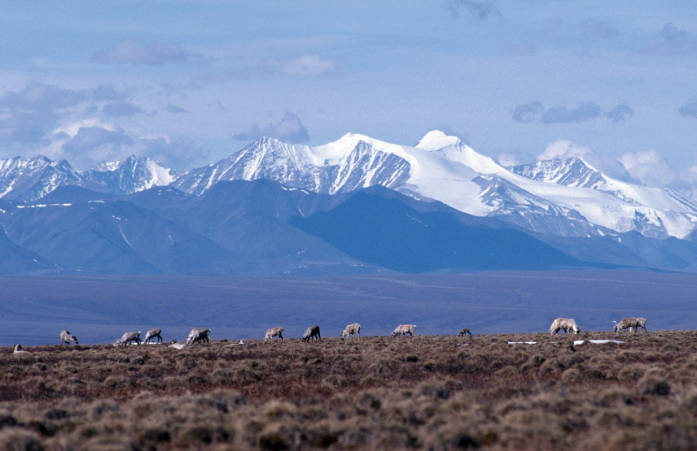 At the hearing in DC more than 25 individuals representing organizations and Senators all testified and the vast majority of testimony was in favor of wilderness. More such hearings will be held throughout Alaska and in DC and are the first step in the CCP process.

The Year of the Arctic Refuge

On Thursday, April 29th, the Sierra Club joined our partners at the Alaska Wilderness League and The Wilderness Society, along with Congressional champions and Gwich'in Nation representatives to kick off a year-long celebration of 50 years of the Arctic National Wildlife Refuge.  Senators Tom Udall (D-NM) and Mark Udall (D-CO), together with Rep. Ed Markey (D-MA), spoke about the importance of this thriving, verdant wilderness as the center of life for much of our nation's most valued wildlife, providing personal insights on how they have been moved by this one-of-a-kind place in their own lives.

The kickoff event marked the official launch of a nationwide "Arctic is Alive" celebration building to December 6, the day 50 years ago that President Dwight Eisenhower established the Arctic National Wildlife Refuge.  Throughout the year, our Arctic campaign will highlight the vital role that the Refuge, and the Coastal Plain in particular, plays in our nation's natural vitality - from the millions of birds that begin their lives there and migrate to all 50 states and six continents, to the importance that the Coastal Plain holds as a key denning and birthing place for pregnant polar bears.  Together with the people of the Gwich'in Nation, who have recognized the Arctice Refuge as the "sacred place where life begins" due to the Porcupine Caribou herd which has used the Coastal Plain as a birthing and nursing ground for thousands of years, citizens across the country will demand that Congress designate the Arctic Refuge's Coastal Plain as wilderness.

In addition to kicking off this year-long celebration, the Sierra Club also recognized Senator Udall and Rep. Markey with a special award commemorating their contributions over the years to keeping the Refuge protected from oil and gas development.  The award (which can be seen below) was designed by Doug Leen, the artist behind the well-known National Parks' Works Progress Administration-style posters.  Doug's Arctic Refuge design is the first time he has produced a poster for a National Refuge and he travelled to Washington, DC to present the awards himself.  Awards were also presented to Rep. Raul Grijalva (D-AZ) and Senator Joe Lieberman (I-CT).  In the coming weeks we will be presenting awards to Senators Maria Cantwell (D-WA), John Kerry (D-MA), and Barbara Boxer (D-CA), along with Rep. Dave Reichert (R-WA) and Secretary Ken Salazar. 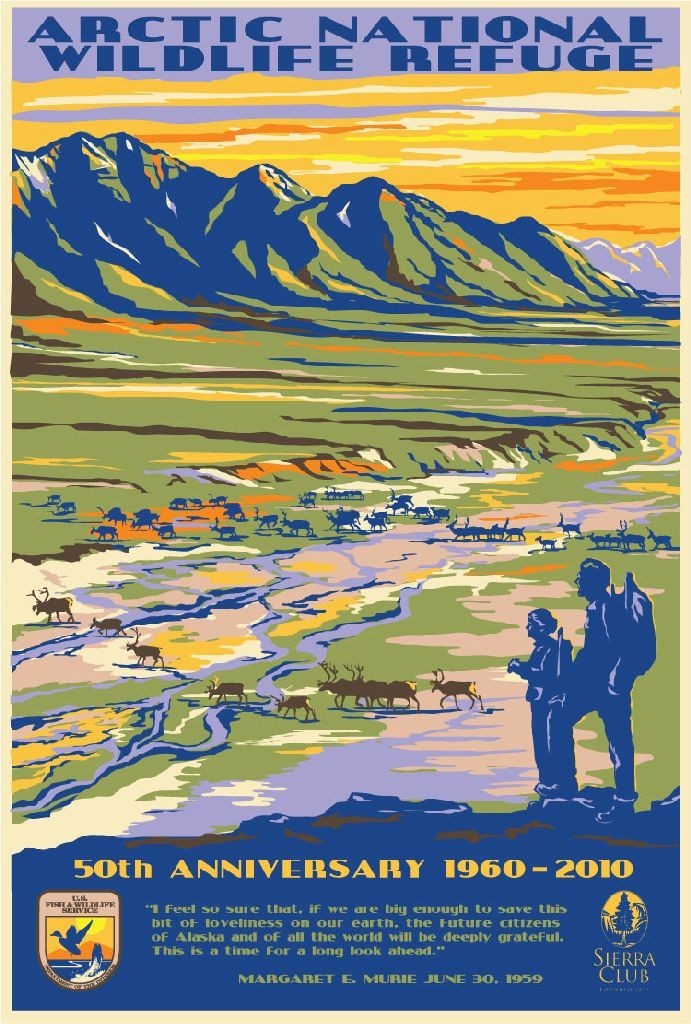 Last week, during the annual Good Jobs, Green Jobs Conference the Sierra Club co-hosted a panel with The Wilderness Society called "American Jobs on American Lands."  The panel brought together a diverse group from the public, private, and non-profit sectors that are all working together to fully realize the potential of both the restoration and the recreation economies.  Particularly, the panel focused on the opportunities born out of helping lands adapt to the realities of climate change.

Even if we could put an immediate end to all greenhouse gas emissions, we would still have decades of climate impacts to lands and wildlife.  Helping our natural heritage become resilient in the face of climate change will likely be the largest challenge facing us in the coming century.  These lands provide incalculable benefits: they provide clean air and water, sequester carbon, provide habitat for our most imperiled species, protect watersheds, and hold soil in place.  The list goes on.  Luckily, helping restore these areas, helping them adapt to a warming world, and providing places for millions of Americans to visit and recreate in is an enormous and largely untapped job maker.  We are on the cusp of being able to completely transform our economy into one that generates wealth and health through restoration.