Grizzlies Make it to the Missouri River

This June, the first grizzly bears in decades reached the Missouri River in Montana, demonstrating both the bears' need for large areas of habitat and how farmers, ranchers, and public agencies have been relatively good stewards of the land the bears use.  The two young grizzlies were spotted June 8 on private ranchland between Fort Benton and Great Falls, having travelled east down the Teton River from the Rocky Mountain Front and may eventually reach the Charles M. Russell National Wildlife Refuge in North central Montana. 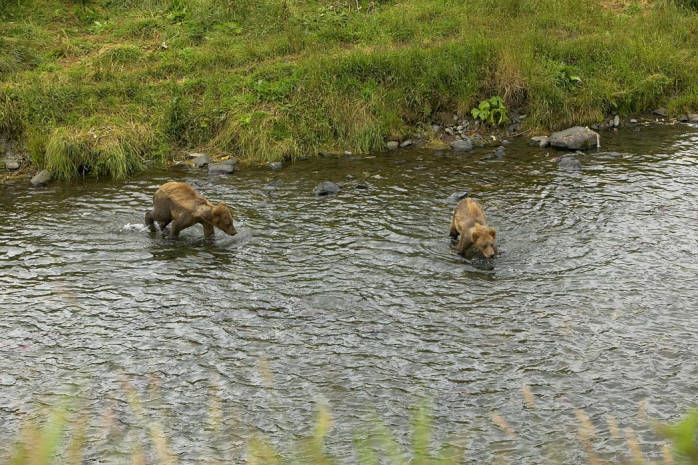 Currently, officials from the Montana Department of Fish, Wildlife and Parks have no plans to capture and move the bears unless they begin killing livestock.  The path of the grizzlies underscores the urgency of both providing landowners with incentives to promote wildlife conservation on their property and linking wildlife habitats together in ways that have been proposed by the Western Governors Association