The Department of the Interior announced last week that full environmental assessments will be required for all new deepwater drilling. Secretary of the Interior Ken Salazar and the new Bureau of Ocean Energy Management, Regulation and Enforcement Director Michael Bromwich said the interior will no longer use categorical exclusions for offshore oil and gas development. These "categorical exclusions" allowed the department to approve oil and gas drilling  without first preparing environmental assessments required under the National Environmental Policy Act (NEPA). Categorical exclusions used to approve BP plans for drilling were created in 1981 and 1986, over 20 years ago, and long before deepwater drilling became mainstream.

These policies will be in place while the DOI reviews NEPA processes and the use of categorical exclusions and other environmental reviews that should be required for offshore activity. These actions come in response to a report the Council on Environmental Quality released last week, showing flaws in the approval of BP's well. The report reveals the MMS admitted the probability of major environmental impacts from an offshore spill, but determined these impacts would not be catastrophic to the region, animal populations, and ecosystems. Contrary, the BP disaster is now being tabbed the worst environmental disaster in US history. Since August 13, the US Fish and Wildlife Service has collected almost 5,000 dead animals, including 4,080 birds and 525 sea turtles. Click here to read the DOI announcement and CEQ review.

Photo Courtesy of the US Coast Guard 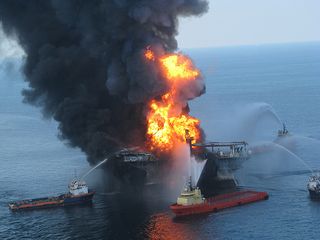 Gray wolves in the Northern Rockies and Greater Yellowstone region are once again protected under the Endangered Species Act. On August 5, 2010, a federal judge in Montana overturned the U.S. Fish and Wildlife Service's 2008 decision to remove the once nearly-extinct gray wolves from the endangered species list. This ruling was the result of a lawsuit brought against the FWS by the Sierra Club and other conservation organizations. Only wolves in the greater Yellowstone and Northern Rockies were taken off the endangered species list in 2008. Wolves in Wyoming had remained on the list due to shortcomings in the state's wolf protection plan. U.S. District Judge Donald Molloy sided with the Sierra Club and conservation groups, ruling the law did not permit the United States to protect part of a species population in Wyoming while allowing hunting of the rest in other states. The decision cancels hunting seasons that were expected to begin in Montana and Idaho this fall. Gray wolves were once abundant in the United States before becoming nearly extinct from hunting and eradication programs sponsored by the government. The wolf was placed on the endangered species list in 1974, and since then, wolf populations have been recovering. Currently, there are more than 5,000 gray wolves in the lower 48 states.

The Canada lynx, a wide-ranging big cat that lives in the Rocky Mountains, is one of our continent's large mammals that is the most threatened by climate change.  As the temperatures rises, its habitat continually moves higher into the mountains and thus into more isolated areas with less connectivity between them.  In 2009, the U.S. Fish and Wildlife Service (FWS) issue a critical habitat designation for the lynx but failed to include vital portions of the Southern Rockies as well as areas of Montana and Idaho that provide high-elevation habitat. 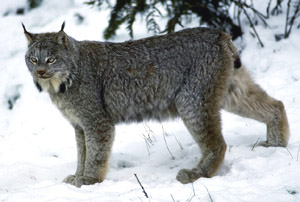 The Sierra Club and a collection of other environmental groups sued, arguing that the FWS arbitrarily excluded those areas of necessary habitat.  Last Thursday, U.S. District Judge Donald Malloy agreed and ruled that the FWS must reconsider its final 2009 designation.  It must reexamine the lands in question in Colorado, Montana, and Idaho and propose a revised habitat designation.  If the revised designation includes the increased habitat, the lynx will have a huge win and an easier time adjusting to a warming world.

To read more about the lynx and its listing click here.

Last Friday, a comprehensive bill meant to directly address the ongoing BP disaster in the Gulf and reform the oil and gas industry was narrowly passed in the House of Representatives.  The Consolidated Land, Energy, and Aquatic Resources Act (CLEAR) of 2010 contains significant fiscal and regulatory reforms for the former Minerals Management Service and the offshore oil and gas industry, revitalizes the Land and Water Conservation Fund, and includes an unlimited liability cap for offshore operators. 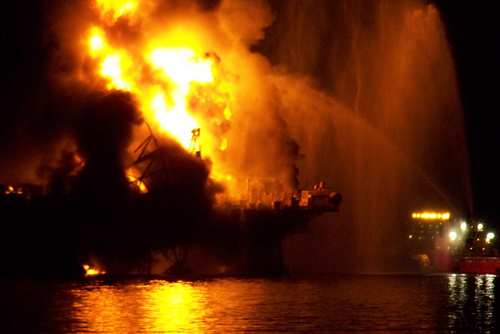 The bill includes many reforms which would go a long way towards cleaning up the dirty oil and gas industry.  It would increase the effectiveness of oversight mechanisms for offshore development, require environment diligence, mitigate the impacts of marine and coastal environments, mandate the use of "best available technology," and require specific spill prevention and clean-up plans.  It would fully fund the Land and Water Conservation Fund, something which has only happened once since the fund was established under President Eisenhower, and acquire and protect lands using oil revenue.  Finally, and perhaps most importantly, by including the unlimited liability the bill would ensure that those responsible for disasters such as the BP spill would be legally required to pay for all economic damages caused by their operations.  This would be a huge step forward and would force the industry to closely examine where it wants to operate and the risks it's willing to take with our oceans and coasts.

The Senate is not expected to take up its own version of the bill before it recesses.  But it must return to this legislation when it reconvenes in September.  This bill has many vital, commonsense reforms to an industry that has proven itself time and again to be too dangerous to risk our robust coastal economie and environments.