Victory for Sierra Club and the St. Croix River

In 2005, the NPS gave approval to build the new mega highway over the St. Croix River. The Sierra Club, filed suit, claiming the four-lane, freeway style structure proposed would adversely affect the remarkable qualities of the St. Croix river.

The National Park Service's decision comes after a federal judge in March struck down the agency's approval of the bridge. The park service was then ordered to complete another evaluation of the proposed project. To read more about this issue, click here. 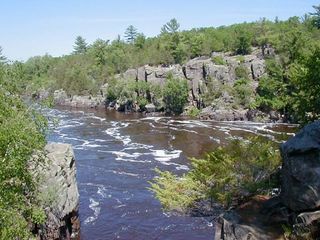 Earlier this week, the US Fish and Wildlife Service released their final, revised critical habitat designation for the bull trout. Bull trout are cold-water fish in relatively pristine lakes and streams in the American northwest.

Thanks in part to the Sierra Club's investment in this rule making, 19,000 miles of streams, 5 times the previous length, and 490,000 acres of lakes and reservoirs, 3 times more than previously ordered, have been designated bull trout critical habitat.

The revised critical habitat designations will provide extra regulatory protections that may require special management considerations for the fish; the habitats will also be prioritized for recovery actions. The areas of expanded habitat designation include the Upper Clark Fork River above Flint Creek, Warm Springs Creek, and Cache Creek, all in Montana. These are the types of areas deserving of increased attention to safeguard bull trout in the face of climate change. 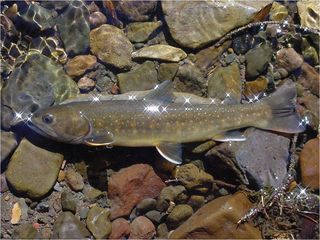 US Fish and Wildlife Service
Bull Trout were listed under the Endangered Species Act in 1999 as threatened in their range in Washington, Idaho, Oregon, Montana, and Nevada. Bull Trout are primarily threatened by climate change, habitat degradation, blockage of migratory corridors, poor water quality, and the introduction of non-native species. Because the bull trout requires such pristine water conditions, they are excellent indicators of water quality. By protecting and enhancing the specific habitat requirements of the bull trout, we can improve water quality of rivers and lakes throughout their range.

To read more from the US Fish and Wildlife Service, click here.

The Obama administration announced on Tuesday it would lift the deepwater drilling ban that was put in place in the central and western Gulf of Mexico following the BP oil disaster in April. The moratorium was expected to end on November 30, 2010.

With the announcement, the administration did introduce new regulations that oil and gas drilling operators must comply with before new drilling is allowed. These long overdue regulations attempt to increase the safety of offshore drilling. Despite this, the Sierra Club feels the best way to protect our oceans from the risks associated with oil and gas development is to end our dependence on oil. Instead of new drilling in the Gulf, our nation should be investing in the type of clean energy that will create jobs and infuse new life into our economy while safeguarding our environment and public health. We hope the BP disaster will serve as a transformational catalyst, one that will launch our nation towards a cleaner, more sustainable energy future. 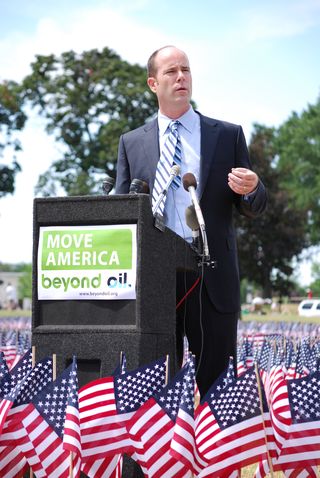 Sierra Club Executive Director Michael Brune addresses the need to move America beyond oil at an event in June.

A group of Sierra Club's public lands activists visited Washington DC September 27-30 as Wilderness Month came to a close. This delegation from all across the United States met with members of Congress during "Wilderness Week". These Sierra Club volunteers lobbied to protect America's wildlife and public lands from the impacts of climate change, creating habitat resiliency where plants, animals, people, and communities are able to survive and thrive on a warmer planet. The group discussed wilderness legislation, the need to pass an oil spill response bill, and the America's Great Outdoors initiative.

In addition, the Wilderness Week delegation met with members to discuss how to repair the damage border walls have done to our wildlands along the Southwest border. For more information about our borderlands campaign, click here. 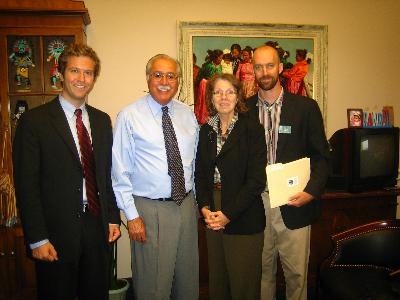 The Fish and Wildlife Service announced last week that the Gunnison sage grouse will become a candidate for Endangered Species Act protection. FWS recognized the need for protection, but was unable to place the bird on the ESA list because of other higher priority threatened species. From now on, regulators will review the status of the Gunnison sage grouse every year, and make listing changes as necessary. 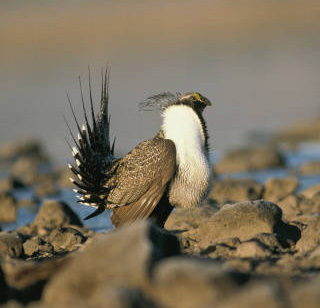 Photo Courtesy US Fish and Wildlife Service
The Gunnison sage grouse is restricted in its range to southwestern Colorado and southeastern Utah, where the bird's sagebrush steppe habitat is in danger. Main threats to the sagebrush come from residential development, wildfires, invasive species, energy development, and livestock grazing.

The FWS estimates the number of Gunnison sage grouse left to be around 4,500. Although the species will remain on the candidate list for now, it was given a priority ranking of 2, meaning the threat to its survival is "imminent". The Gunnison grouse joins the sage grouse on the candidate endangered species list. To read the FWS press release, click here.

Last week, the Sierra Club brought a delegation of Gulf Coast fishermen, shrimpers, local activists, and environmental experts impacted by the BP Deepwater Horizon oil spill to Washington DC. The group met with members of Congress, leaders from the National Oil Spill Commission, Bureau of Ocean Energy Management, Regulation and Enforcement director Micahel Bromwich, and represenatives from the National Oceanic and Atmospheric Administration with a clear message that the BP disaster is not over. A "Voices from the Gulf" hill briefing also addressed the continuing economic and environmental damage to the Gulf Coast from the BP spill.

Although the BP well may be capped, the Gulf Coast and its residents are still recovering from the disaster, with lob losses in fishing and tourism, and massive fish kills as oil finds its way onto our shores and ocean bottoms. The Gulf delegation highlighted that the economic, environmental, and social impacts from the spill will be felt for years to come. Chirs Bryant, a third generation Alabama fisherman, also expressed concern about the safety of the seafood industry as fishing waters start to re-open for the first time following the spill. The industry faces challenges ahead to not only restore fishing stock, but to also restore public perception about the safety of Gulf seafood.

Navy Secretary Mabus did release a Gulf Coast Recovery Plan this week, focusing on the environment, the economy, and health and human services of the Gulf region following the spill. The plan recognizes the need for a long-term fund dedicated to Gulf Coast recovery and calls for the creation of a Gulf Coast Recovery Council. To read the full report click here.