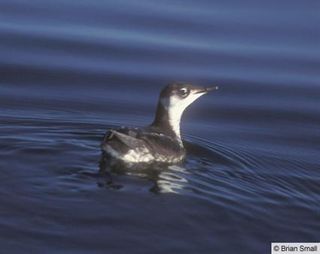 Why did it take so long to figure out where these birds were nesting? Because unlike other ocean birds that nest on the shoreline the Marbled Murrelet nests up to 50 miles inland 150 feet up in the branches of old growth forests. This is also the reason why this bird is endangered; as we have logged our old growth forests the Marbled Murrelet has lost its prime nesting habitat.

The Northwest office of the Sierra club hosted an event at the Seattle REI featuring Maria Ruth , author of the book “Rare Bird,” and her fascinating knowledge of the rare and threatened Marbled Murrelet. Maria offered an audience of captivated conservationists (and one tug boat captain) what little is known about the seabird that will only nest in old growth forest, a destination miles away from their feeding grounds in the sea. Who knew that the Murrelet is the only bird capable of propelling itself underwater with its wings before seamlessly breaking the surface of the ocean and taking flight? Learning about its long journey to nest and its struggle to reproduce —laying only one egg at a time— reminded us of both the precarious conditions precious life on our planet must endure to survive, and of humanity’s looming threat to earth’s natural wonders.

Our Seattle Resilient Habitats Team was particularly excited to host Maria as she touched on important themes of habitat connectivity, effective public lands management, and the human pressure development and consumption put on Murrelet populations in California, Oregon and Washington. As our old growth forests become increasingly crowded with development, animals like the Marbled Murrelet demonstrate the continued need for viable habitat near Puget Sound and the Pacific Ocean.

While the Marbled Murrelet enjoys its protected status on federal land, its core populations in Southwest Washington State are located in an area dominated by state trust lands and private holdings by Weyerhaeuser and other timber interests. Conservationists like Maria are becoming increasingly worried that these timber interests will prevent necessary action to safeguard the remaining Murrelet habitat.

To address this concern the Sierra Club Resilient Habitats Team are working closely with the Washington Forest Law Center to convince the Department of Natural Resources and Lands Commissioner Peter Goldmark to follow the law and set aside some of the state trust land for Marbled Murrelet recovery. The attendees at our presentation agreed, filling out our postcard and taking a few with them to share with their friends. It is our hope that the Commissioner will do the right thing and support efforts to follow the most recent Marbled Murrelet science report and protect dwindling Murrelet nesting habitat.

To learn more about our work in the Pacific Northwest click here.

Earlier this month, a coalition of groups including the Sierra Club filed a Notice of Intent to Sue against the National Park Service for various Endangered Species Act violations in the Big Cypress Preserve.  Big Cypress is a 720,000 acre, ecologically rich area directly adjacent to the Everglades National Park.  The preserve acts as a vital connecting corridor between federally protected lands and is vital habitat for the 100 Florida panthers left in the wild.  Safeguarding the preserve is a key component of our efforts to protect and restore the Everglades in Florida. 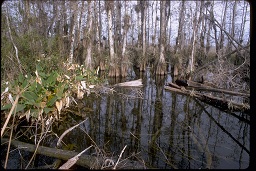 This past February, the Park Service approved a management plan for 147,000 acres in the northeastern corner of the preserve.  The plan would allow for hundreds of miles of roads for off-road vehicle use to crisscross the area, an action that would be extremely destructive to this fragile wetland ecosystem.  The area is essentially the largest remaining tract of undesignated wilderness in Florida and also provides a home to the endangered Red-Cockaded Woodpecker and Indigo Snake.

The Everglades is already one of the most threatened ecosystems in the world due to climate change, encroaching development and water pollution.  We hope that the Park Service can choose a management alternative that maximizes wilderness protections, disallows any ORV use, and puts an emphasis on restoration and resource preservation.


Calling all youth--make your voice heard. Continue the conversation about the future of America’s Great Outdoors today at 2:00 EST with Secretary of Agriculture Tom Vilsack and Secretary of the Interior Ken Salazar. Join the discussion and submit your questions at Whitehouse.gov/live.

Much Needed Protections Extended to the Tongass National Forest 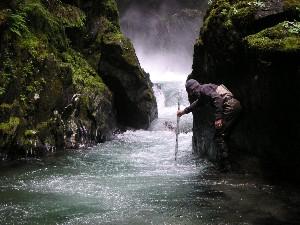 After years of effort by Sierra Club staff and volunteers, millions of acres of critical wild areas in Alaska’s Tongass National Forest, called by many the "Crown Jewel" of national forests, have been protected from logging, road construction and other damaging activities.

A federal court ruling issued earlier this month will reinstate protections for this iconic wild place. As a result of action by the Sierra Club and allies, U.S. District Judge John W. Sedwick overturned the so-called 'Tongass Exemption' which arbitrarily removed over 9 million acres of the forest from protection under the Roadless Area Conservation Rule.  The decision is an important victory in the continuing fight to keep our nation’s forests protected in the face of new and growing threats-- from logging to a rapidly changing climate.

Last week, President Barack Obama released the adminstration's recommendations for the America's Great Outdoors initiative.  The recommendations come after nearly a year of public listening sessions across the country where the administration had conversations with over 10,000 people, and gathered comments from nearly 100,000, about crafting a 21st century conservation and recreation agenda.  The Sierra Club has been highly engaged every step of the process and activated thousands of folks like you who told the administration that protecting and reconnecting Americans to our country's wild legacy has to be a top priority.

Our lands and wildlife face ever increasing threats from overdevelopment, fragmentation, and a rapidly changing climate.  At the same time, Americans are more disconnected than ever from the great outdoors and spend less and less time outside.  The America's Great Outdoors initiative has the potential to take on both of these problems, and the Obama administration wants more public input on how it can work.

Thursday, March 3, U.S. Environmental Protection Agency Administrator Lisa Jackson and Chair of the Council on Environmental Quality Nancy Sutley will be holding a live video chat.  You can join by video before the chat or by Facebook during the chat.  You can post your YouTube video questions by responding to the video above, or by sending your questions to policyoutreach@ceq.eop.gov.

Below are some sample questions you may want to ask:

1) The climate is changing and likewise, older and outdated models of conservation must change as well.  How do you see AGO acting as a venue to ensure that we can help our lands and wildlife become resilient to climate change.

2) Thank you for the recommendation to designate new national monuments under the Antiquities Act.  Can you talk more about the importance of using this tool to conserve natural areas and how the administration intends to work with local and national interests to protect more critical components of our country's natural heritage?

3) A large focus of the initiative is reconnecting Americans, and especially youth, to the great outdoors.  Can you talk more about the 21st Century Conservation Service Corps and how it will accomplish those goals?