Canada lynx are uniquely suited for the rigors of life in snowy northern Maine. The furry feline’s thick coat, long, lean legs and massive paws allow it to hunt atop snowpack like a cat on snowshoes. But with temperatures predicted to rise in the coming years, the deep snow cover that the lynx depends on may be significantly reduced, eliminating its competitive advantage over other predators. 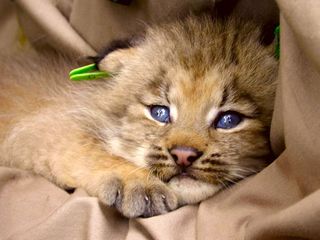 While the historic range of Canada lynx used to extend throughout much of the northern United States and the Rockies, today the cat is confined to handful of northern states. Northern Maine currently supports the only viable lynx population in the United States east of the Mississippi River.

The U.S. Fish and Wildlife Service officially listed Canada lynx as a threatened species in 13 states in 2000. As a federally threatened species whose range has already been greatly diminished, this rare wildcat faces a grave threat in climate change.

Hope for the future of Arctic Bears

As a young boy, my family would travel from my home tucked in the subdivisions of Southern California to the vastness of my grandfather’s farm in rural Pennsylvania.  It was there that I saw my first wild bears.  We would sit on the porch to watch the black bears amble across the hay fields and drink at the stream. Those early sightings were the first of many encounters. I’ve been lucky enough to experience all of America’s bears: black, grizzly, and polar bears.

The most memorable of these experiences came shortly after I had moved to Alaska’s wilderness to work for the Bureau of Land Management as a river ranger on a 40 mile wild and scenic river. On my very first trip I paddled a solo canoe only to look up to see a bear on the bank just 100 feet ahead.  This was the largest bear I had ever seen, a grizzly. In that split second I realized two things: I didn’t have time to pull over, and the river was only 30 feet wide and not very deep. I held my breath and floated on by. The bear gave me a tough look and a loud grunt but never moved. Traveling that close to such a wild animal changed my life. Over the next two decades I have been able to share my love and appreciation of Alaska’s wild bears as a wilderness guide on trips in the Brooks Range and Alaska’s Arctic slope.  I have worked alongside many wonderful people to protect the lands that these animals need to survive into the future.

The root of the word Arctic is the Greek word arktos, which means “bear.”  There is no other animal more emblematic to this spectacular part of the world than the mighty polar bear. Bears are an icon of the wild. Three of the eight bear species in the world – brown bears, black bears, and polar bears – can be found in Alaska.

Now, we all have a chance to see the power and majesty of Alaska’s Arctic Bears thanks to an amazing series running on PBS “Nature: Bears of the last Frontier.”  The three-part series looks at bears across Alaska, starting with coastal brown bears in Katmai National Park and working its way north to Arctic Bears. PBS’s Nature joins adventurer and bear biologist Chris Morgan on a year-long motorcycle odyssey deep into Alaska’s bear country.

Continue reading "Hope for the future of Arctic Bears" »

As the public comment period for the U.S. Forest Service’s new planning rule came to a close yesterday more than 45,000 comments were submitted through the Resilient Habitats campaign. The comments were collected at public meetings held across the country and through on-line outreach efforts. 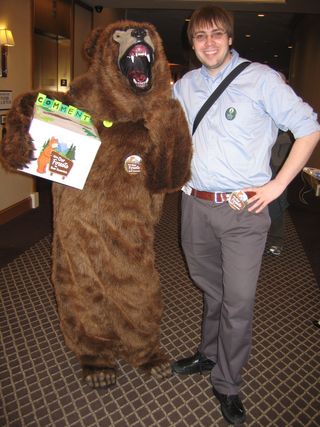 Total more than 75 public meetings were held in 34 states and Puerto Rico to gather input on how America's 192 million acres of forest are used and protected in the future. The Sierra Club held events and participated in the meetings in California, Alaska, Montana, Idaho, Washington, Arizona, Utah, Florida, Oregon and Washington D.C. You can read our official comments here.

The Place of Caribou Droppings

Tucked in the mountains of the Brooks Range, north of the Arctic Circle, lies the home to the Nunamiut people -- Anuktuvuk Pass.  The Nunamiut are caribou people, Alaska’s last nomadic group and the only inland Inupiaq Eskimos.  They are a proud people, proud of where they come from and who they are.  Today, their village in Anaktuvuk Pass is the only home most of them have ever known.  This month I was lucky enough to stand in awe of their mountains. 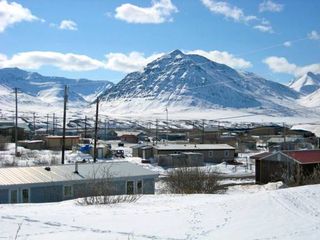 At 5:00am I began my journey from Alaska’s largest city, Anchorage, population 375,000.  From my airplane window I watched the landscape turn from the browns and greens of spring to the white snow blankets of winter.  Thankfully, I missed the most recent snow storm and flew through blue skies, landing in Anaktuvuk Pass (AKP), population 300.

The only way to travel to AKP is via airplane—or snow machine if you have the time and a good map.  As far as many of the residents are concerned, they don’t need a road.  A road would bring real problems to a community working to hold on to their Inupiat traditions.  The Nunamiut were first visited by outsiders within many of the elder’s lifetimes, and the transformation the community has seen is rapid and continues today.  Residents hold onto their traditions and culture while satellite tv, internet and outside products enter the community.

Now, they face their biggest challenge yet.  The State of Alaska wants to build a road, not to their community but to an outpost, called Umiat, just 65 miles away (remember in Alaska distance is relative).  That’s right, the road isn’t to connect people to people, but industry to oil and gas and coal.  Priorities.  This road, however, will have huge impacts on communities in the area.

During spring migration, as shorebirds, waterfowl and waterbirds make their way from wintering habitats to their northern breeding grounds, the broad Central flyway migratory corridors constrict in central Nebraska, funneling millions of birds through the state’s Rainwater Basin Wetland Complex.

Rainwater Basin wetlands are shallow playa wetlands that fill each spring with snowmelt.  The flooded wetlands provide critical foraging habitat for millions of waterfowl and shorebirds annually.  While in the Rainwater Basin, birds acquire significant energy and nutrient reserves that they will need to continue migration and initiate nesting. 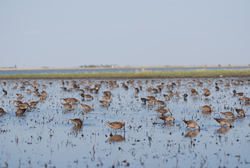 In addition to providing critical resting habitat for birds, Rainwater Basin wetlands are the major source of groundwater recharge to the region’s aquifer – meaning they help replenish underground water, ensuring a sustainable supply for birds and humans.

During the past decade, the Rainwater Basin Joint Venture has acquired geo-referenced aerial photographs and is analyzing them in a Geographical Information System to monitor and delineate available habitat and contemporary wetland function.  With funding provided by the Great Plains Landscape Conservation Cooperative, joint venture scientists and their colleagues with Nebraska Game and Parks Commission and the Nebraska Cooperative Fish and Wildlife Research Unit are analyzing these data in the context of climate change. 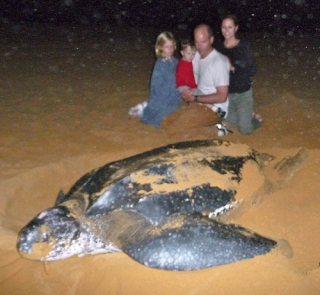 The National Oceanic and Atmospheric Administration (NOAA) has published a preliminary finding moving the agency towards protecting the waters of Puerto Rico’s Northeast Ecological Corridor as critical habitat for the endangered leatherback sea turtle. The finding, which affirms that substantial science supports protecting the Corridor, is a vital first step in securing much needed Endangered Species Act protections for the sea turtles’ marine homes and breeding grounds.

Biologists in Montana and other Rocky Mountain states are looking for ways to identify and maintain connected areas that can help wildlife adjust to changes in climate.

As human influence on the natural landscape increases, climate change causes seasonal ranges and food sources for wildlife to shift, and habitats become more fragmented due to highways and development, scientists need better ways to secure opportunities for wildlife to move between large blocks of protected public land and increase the resiliency of these populations to climate change impacts. 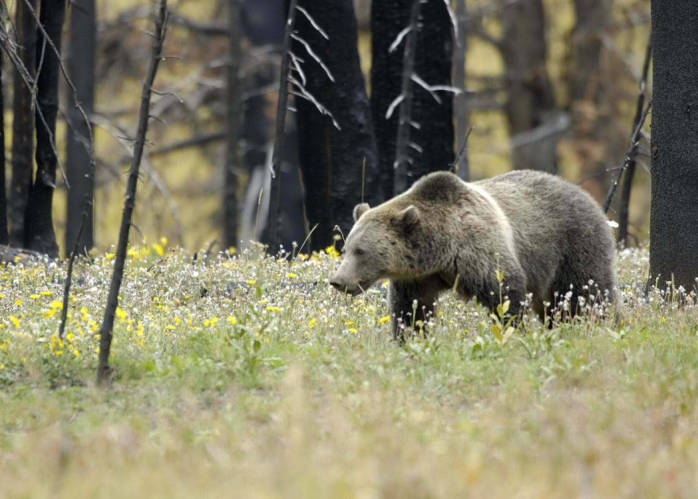