Impassioned crowd: no to giant powerlines in Everglades National Park

An impassioned standing-room-only crowd told park managers and a Department of Interior attorney to reject a plan to place 15 story-tall power lines along the edge of Everglades National Park.  Twenty-nine of the 30 public speakers, wearing NO powerline stickers, objected to the 70 powerlines, that Florida Power and Light (FPL) is proposing to install. The only speaker in favor was FPL. 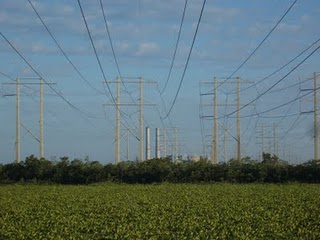 The proposal drew sharp criticism from park users about why the Park would even consider the action. Some speakers asked if tourists would enjoy coming to a park with an “industrial horizon.” Many asked why the Park had even allowed the situation to get to this point. Others were concerned about what this precedent would mean to other national parks. A leader of a university environmental group broke down and cried in front of the microphone.

The meeting was the first step of an Environmental Impact Statement to review the plan to envelope the eastern edge of the park with high voltage lines to service two proposed additional nuclear power reactors on the edge of nearby Biscayne National Park next to two existing units. According to a Park Report,"...wetland-dependent bird species, such as raptors, wading birds, waterfowl and passerines, are likely to be negatively impacted by the proposed power lines.” 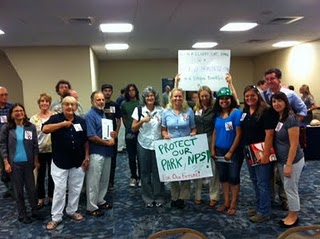 The Mayor of Pinecrest Cindy Lerner, whose community is also fighting powerlines, called the Park plan “an aberration” and expressed support for those in the audience. The plan involves swapping the existing utility corridor that the Park has failed to acquire since it expanded 22 years ago. Legislation enabling the Park to pursue the swap that would allow construction of the power lines was placed into the 2009 Omnibus Public Lands bill.

For the a list of documents related to the powerlines, type http://bit.ly/industrialhorizon into your browser and click on the "document list" tab on the left-hand side.

Earlier this week, Robert Swan, Order of the British Empire and renowned environmentalist, spoke in Washington D.C., about his treks to both the North and South Poles. 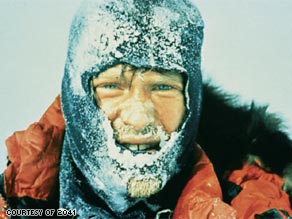 Swan says we can’t save the planet by sending emails to each other. Nor can we accomplish much with negativity and a lack of inspiration. To be taken seriously, we must show commitment.

As an example of commitment, he spoke about what it took him to get to and from the South Pole, a dream he had had since he was 11. At age 20 Swan attempted to raise $5 million for that trek to the South Pole. He had hoped the funds would take him two weeks to raise; instead, it took him seven years.

The Sierra Club this weekend helped celebrate the natural beauty of Puerto Rico at the 54th annual National Puerto Rican Day Parade. The Sierra Club float, complete with the mountains of El Yunque National Forest, costumed leatherback turtles and other “animals” helped lead the parade, giving the millions of attendees a glimpse of the important natural treasures unique to Puerto Rico.

Be sure to check out the photos from the parade here.

In verse and music, Puerto Rico’s natural beauty took center stage this week as the Sierra Club hosted a standing-room-only poetry reading at one of New York’s most famous spoken-word venues. 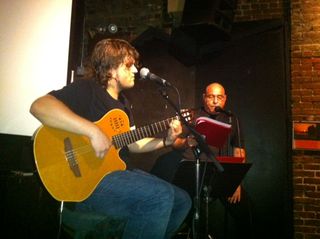 Puerto Rican nature poet Eric Landrón accompanied by guitarist and songwriter Raulo Colón captivated the crowd at Nuyorican Poet’s Café Wednesday night with 20 poems evoking the natural wonders of the island. From the surge of a waterfall to the worldwide ocean journey of los tinglares, leatherback turtles, the audience received an emotional and vivid description of what local activists are trying to protect.

Update: Yet Another Attempt to Expand the Border Wall 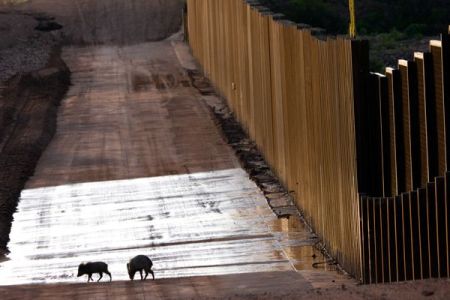 Earlier this week we introduced you to Sierra Club organizer and Borderlands activist Dan Millis. Today, he reminded us just how relentless politicians are on the border issue. One senator in particular, Jim DeMint of South Carolina, will not ease off furthering destructive border policies. Dan informs us that DeMint has placed an amendment into the Economic Development Revitalization Act that would expand 10 to 25-foot barriers by hundreds of miles and choke off adjacent wilderness.

DeMint tried three separate times during the last congressional session to expand the wall by slipping it into existing legislation as an amendment. It was attempted through the Homeland Security Appropriations bill, the major fiscal reform bill, and finally the DREAM Act. Earlier this year, DeMint tried to sneak it into the Patriot Act, but failed.

"He's certainly persistent, I'll give him that," Dan says. "But so are we. We have been fighting these silly proposals for nearly two years now. It's easy to help us out by going to our action alert on this issue and letting your senators know how you feel about expensive, ineffective border walls."

Defeating a Wall by Climbing It 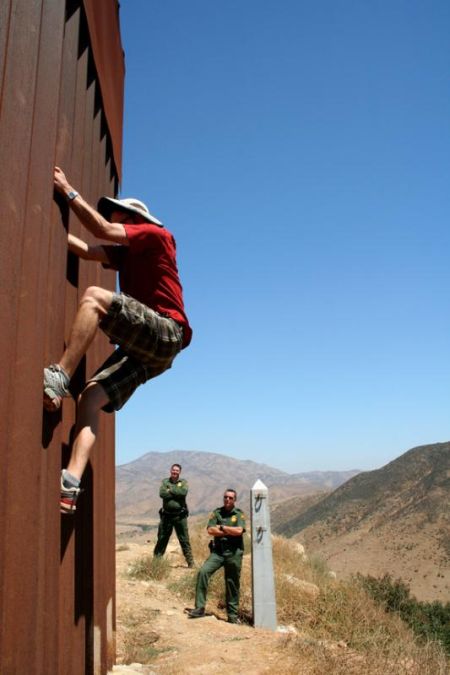 Dan demonstrates to border patrol officers how easy it is to climb a border wall.

Dan Millis has never met a wall that he didn't want to climb –- especially the U.S.-Mexico border wall.

"I actually try to climb every wall I see just to make a point," he says.

When Dan isn't demonstrating just how dysfunctional America's border policy is, he works as a grassroots organizer with the Sierra Club's Grand Canyon Chapter. You might have read about when he was charged with littering for leaving containers of water in open areas for migrants in search of a better life.

"A lot of deaths occur out there on the border because conditions are pretty terrible to cross, especially in the summer," Dan says.

Born in Flagstaff, Arizona, Dan's humanitarian work began several years ago with a group called No More Deaths. So how did he go from assisting hungry and thirsty migrants to working for one of the largest environmental organizations in the country?

"When I started learning about the environmental impact of our border policies, I saw there was a way to raise awareness of these flawed policies among a group of folks that hasn't really thought about it yet," he says. "It's been wonderful to be a liaison between environmental and human rights-oriented communities."

Dan's roots in the outdoors trace back to his studying abroad in Chile, where he'd go whitewater kayaking in Pucon. He became a Spanish teacher and worked on humanitarian treks along the border during summer breaks. During his time on the border, Dan noticed the diverse ecology of this politically tumultuous region –- an area mistakenly assumed to be a barren wasteland overtaken by tumbleweeds.

"Being from Flagstaff, I also thought of the border as having a bunch of sand blowing around and cactus, but it's not really like that at all. Having moved to the Sonoran Desert, I'm blown away everyday with how much life there is out here. It seems in many ways more alive than in the high altitudes and forest climate where I moved from." 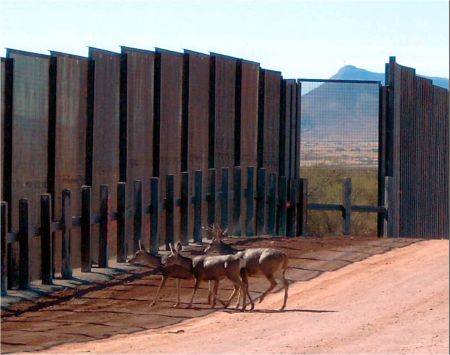 Deer, along with countless other animals, are blocked the wall that cuts through the San Pedro Riparian National Conservation Area.

The 2,000-mile border contains everything from mountains to rivers, from sand dunes to some forested areas.

Continue reading "Defeating a Wall by Climbing It" »

Safeguard Our Water By Safeguarding Our Forests

From our largest cities to our most rural farmlands, water is key to the health and security of the American people.  That is one of the many reasons America's national forests are so important. With more than 14 percent of the nation's runoff coming from national forests, they represent the largest single source of water in the United States. Across our nation, more than 3400 communities directly depend on water from our national forests for drinking, irrigation, manufacturing and recreation that supports good paying jobs. 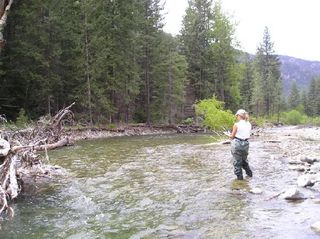 Conserving these water supplies is one of the primary reasons our system of national forests was established and with the nation's water resources at increased risk due to climate change, one of the primary reasons we need an increased focus on water conservation by the U.S. Forest Service. The agency took a step in the right direction last month when they released their Watershed Condition Framework.

Continue reading "Safeguard Our Water By Safeguarding Our Forests" »

The mallard feeding at the local park.  The flock of northern shovelers passing overhead.  The nesting pair of blue-winged teal.  All are common ducks and all depend on the rich habitat of North America’s wetlands – habitat that may be affected by climate change. 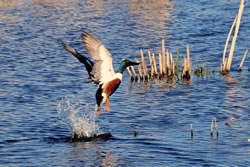 The Prairie Pothole Region (PPR) - named for its many glacial depressions, commonly referred to as potholes - is seasonally home to many wetland bird species.  The region is often referred to as North America’s “duck factory” because the potholes support more than 50 percent of the continent’s breeding waterfowl. South Dakota contains a large portion of the remaining wetlands in the PPR, which contribute significantly to annual production of wetland birds, including migratory waterfowl.