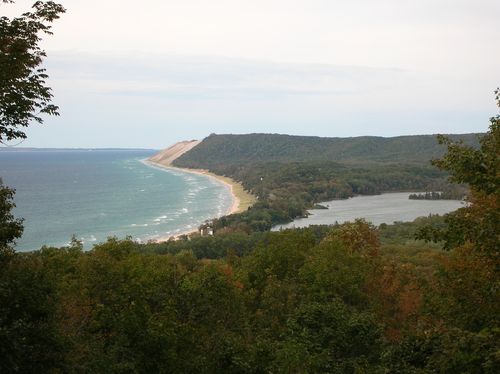 An increasingly rare sight graced the halls of the House of Representatives this past Tuesday when a Natural Resources subcommittee convened for a hearing on bipartisan wilderness bills. Two and a half years have passed since Congress last designated wilderness, during which time the historic Wilderness Act has joined the ranks of other bedrock environmental and conservation laws under fire by the GOP-dominated House. Tuesday’s hearing featured familiar anti-public lands rhetoric, but for the first time in recent memory, it was tempered by representatives of both parties testifying in favor of wilderness legislation.

The Sound of a River Coming Back to Life 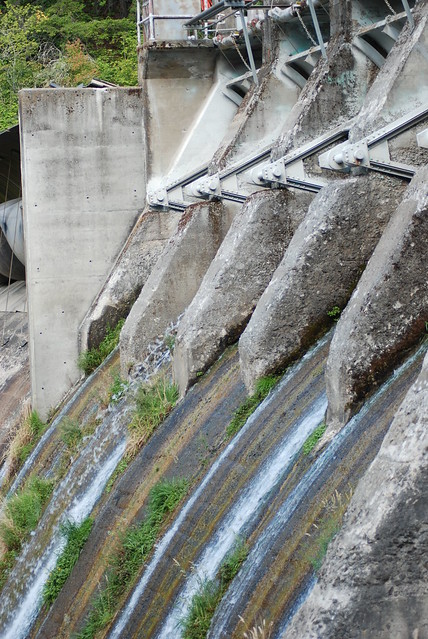 Today was a fine day for the White Salmon River, salmon and steelhead, and the people who love them. I was able to witness the blowing out of the lower part of the Condit dam and release of the White Salmon River to a free-flowing state for the first time in nearly 100 years. The 125 foot high Condit dam built in 1913 blocked the river and passage of salmon and steelhead until today.

Several dozen river and environmental advocates and members of the Yakama Indian Nation, Columbia River Intertribal Fish Commission, Nez Perce Tribe, Pacificorp, and various state and federal agencies attended the ceremonies and bore witness to this momentous event. Gerald Lewis and his brother Virgil, tribal leaders for Yakama Indian Nation, sang a song and provided a prayer for the safe and efficient removal of the dam and restoration of the river. It was a touching and heartfelt moment for all present. But it was clear that the many elders of the Tribe in attendance felt this moment in a deep and special way as this important part of their ancestral legacy was restored.

Continue reading "The Sound of a River Coming Back to Life" » 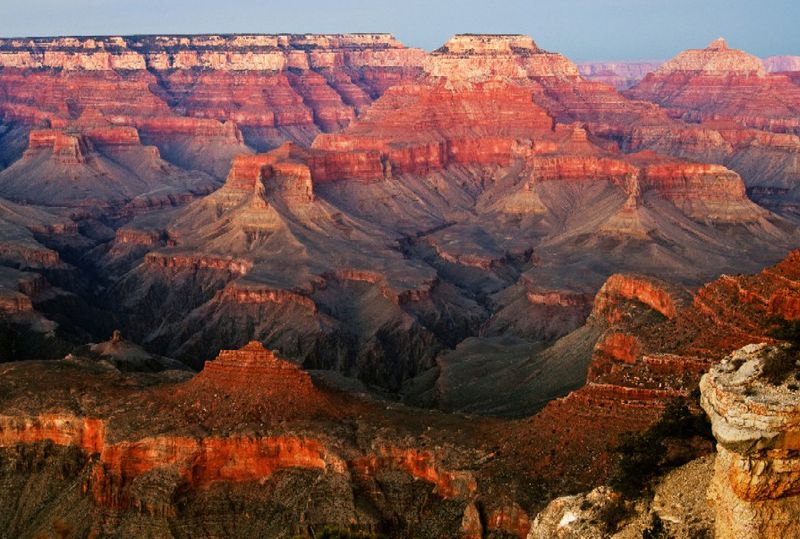 Washington, DC:  The Obama Administration today took a critical step in finalizing protections to keep more than a million acres of public land around Grand Canyon National Park free from mineral exploration and new mining.  The decision comes as the lands around the Grand Canyon are threatened by thousands of new uranium mining claims.

"The Sierra Club applauds the decision to protect these precious public lands.  The Grand Canyon is a crown jewel of our national park system, and an important piece of American history, culture and economy," said Sierra Club Executive Director Michael Brune. "These public lands are no place for destructive energy and mineral development."

Each year, nearly 4.4 million people come to experience Grand Canyon National Park, contributing over $680 million to the Northern Arizona economy.  These visitors come from across the nation and around the world to enjoy the grand scenery and outdoor recreation opportunities, and to see a wide array of wildlife, including the desert tortoise, the California condor, the northern goshawk, and the Kaibab squirrel--found no place else.

Extensive uranium mining in the plateaus surrounding the Grand Canyon would industrialize wild lands and Native American sacred sites, destroy areas important to dozens of rare plants and wildlife and permanently pollute groundwater and springs. The Colorado River watershed provides water to millions of acres of farmland and people living throughout the Southwest.

"Today's decision protects drinking water for millions of people in southern California, Arizona and Nevada who rely on the Colorado River. Radioactive uranium mining should not happen near our water or next to Grand Canyon National Park," said Sandy Bahr, Director of the Sierra Club's Grand Canyon Chapter.

The Administration's announcement follows efforts by Congressman Grijalva (D-AZ), scientists, tribal and local government leaders, businesses and hundreds of thousands of concerned citizens to secure protections for the region and its waters. The federal protections granted today respect permanent uranium mining bans put in place by the Hualapai, Havasupai, Kaibab-Paiute, and Hopi tribes, as well as the and Navajo nation on their lands in northern Arizona and near the park.

Secretary of the Interior Ken Salazar is expected to formally finalize today's decision in 30 days.

I flew down to Portland, Oregon and picked up the rental car and drove up to Hood River and checked into the hotel for the night.  It was still daylight so I drove across the bridge over the Columbia River and up the road to White Salmon and just above the Condit dam which will be breached Wednesday and

the White Salmon River restored its former natural, free-flowing, self. (Watch the breach live here at noon Pacific, 3pm eastern)  All the turnoffs from the road have been blocked so people don’t stack up and get too close to the where the dam will be dynamited. Signs are posted  at every turn off that goes toward the river – WARNING Condit Dam Removal, River Closed to all Boats. 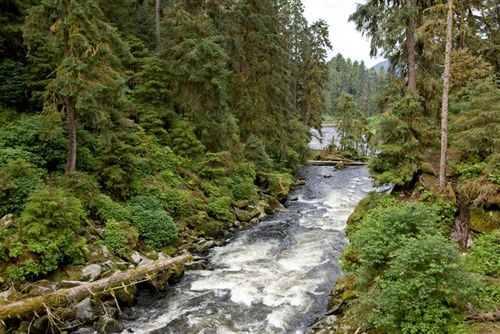 The appellate court ruled against the State of Wyoming and industry intervenors and in favor of conservation groups, the Forest Service, and the States of California, Oregon, and Washington.  This decision formally ends an injunction against the Rule’s enforcement imposed by a Wyoming federal district court in 2008. 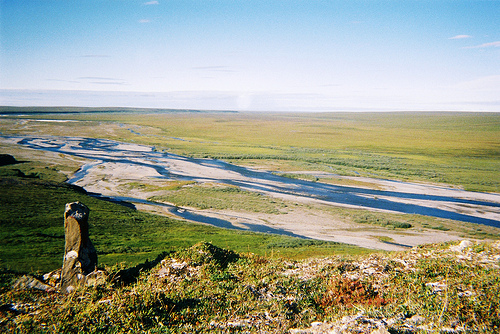 Re-posted from the Fairbanks Daily News-Miner

This year is the 50th anniversary of the Arctic National Wildlife Refuge. On Wednesday, the U.S. Fish and Wildlife Service is asking the people of Fairbanks about a new management plan for the Arctic refuge. I hope you will join me in calling for permanent protection of the Arctic refuge’s coastal plain from oil development and support Alternative C of the plan. Here’s why I need your help.

Getting Serious About Addressing Climate Disruption 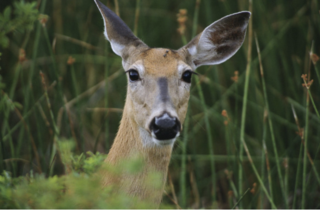 This year’s drought in Texas has had sudden, far reaching and in some cases irreversible impacts on the state’s fish, wildlife and natural areas.  The lack of water is causing once common animals like deer, pronghorn and bobwhite quail to dwindle to a fraction of their former numbers in some areas.  Fisheries managers have been driven to rescue endangered smalleye and sharpnose shiners from the evaporating Brazos River.  The lack of water flowing from Texas waterways into coastal bays has increased salinity levels and caused the largest Red Tide in years in the Gulf of Mexico.  With hunting, fishing and wildlife watching supporting an economy worth over $8.3 billion to Texas businesses, the impact of the drought will be as far reaching for people as it is for fish and wildlife.

With our world having already passed dangerous thresholds for emissions of carbon pollution, events like those in Texas are becoming the new normal and demanding that conservationists build on the strategies and tools that helped our natural heritage recover from the overharvesting and the dustbowl of the past.  Our new world requires a new practice that helps the land we depend on adapt to new climate conditions.

Permanently Protect the Arctic from the Oil and Gas Industry

The fight to protect wildlife from oil drilling in the remote ocean waters north of Alaska continues. Last week, a coalition of Alaska Native and conservation groups challenged the Obama Administration's decision to allow offshore oil drilling by Shell Oil in the Beaufort Sea, the section of America's Arctic Ocean north of the iconic Arctic National Wildlife Refuge.

In August, the administration approved the first part of the most aggressive Arctic drilling proposal in the history of the country. With this approval, Shell plans to start drilling in the Beaufort Sea as early as the summer of 2012.

A spill in the Arctic Ocean would devastate polar bears, bowhead whales and other endangered and marine mammals, which would severely affect Native subsistence communities that have thrived in this region for countless generations.

The most recent oil spill practice drill in the Beaufort Sea (which took place more than 10 years ago) described mechanical cleanup in icy conditions as a "failure."  Nothing has changed since that Spill.  A recent report to the Canadian government concluded cleanup would be impossible 44 to 84 percent of the time during the short summer drilling season and completely impossible the other seven to eight months of the year.

U.S. Coast Guard officials have repeatedly explained that the resources to clean up an oil spill in the waters of the Arctic Ocean simply don't exist. This summer, Commandant Admiral Robert Papp told Congress that the federal government has "zero" spill response capability in the Arctic.

A Historic Day for the Arctic Refuge 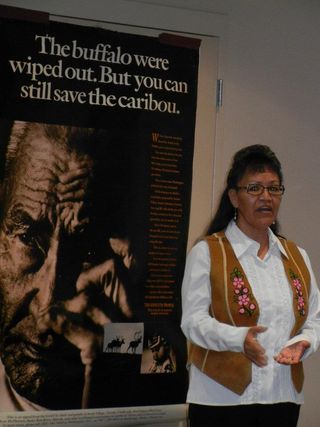 A historic day.  I couldn’t believe it, but that’s what people were saying after the Arctic National Wildlife Hearing this month.  They said it was a historic day for the Refuge—that no hearing has ever gone like that in Anchorage, home to Big Oil.  That the Refuge has never seen its day in Anchorage, Alaska, without being overpowered by “drill baby drill” rhetoric because oil company executives, employees, and even the politicians they influence treat these public hearings like business deals.  But not this time.  It was historic.

This time, Alaskans from all walks of life turned out to protect the Refuge, not to destroy it.  Before the hearing an “Arctic Refuge Cultural Celebration” emphasized the importance of the Refuge to local communities’ ways of life.  The public testified two to one in favor of protecting the Refuge.  Many Gwich’in leaders attended the hearing, and their message was captured in Sarah James’s news piece urging officials that caribou protection is vital to her community’s future.

Continue reading "A Historic Day for the Arctic Refuge" »

The Perils of Climate Change in Greater Yellowstone 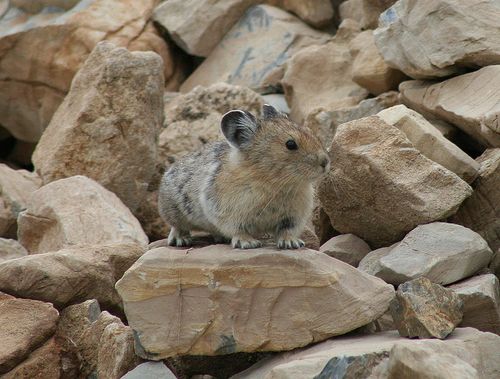 The jagged peaks of the Gallatin Range towered thousands of feet above us.

As we stood next to a talus slope, a large formation of rocks and boulders piled high, I could see April’s breath in the crisp autumn air as she talked about pikas and their habitat. I was amazed that summer had given way to fall in a matter of days. The aspen trees and other broadleaf plants were now brilliant shades of yellow, orange, and red-- colors made even more dramatic when viewed against the backdrop of a clear blue sky.

In honor of National Public Lands Day this past weekend, a group of Sierra Club members and friends from Bozeman, Montana, trekked into the Gallatin Range of the Northern Rockies to learn about climate change and its effects on pika populations. April Craighead, a wildlife biologist and pika researcher at the Craighead Institute based in Bozeman, hosted us on a tour of one of her research sites in the Greater Yellowstone Ecosystem (GYE).

Continue reading "The Perils of Climate Change in Greater Yellowstone" »