Killer Plan for Wolves in Wyoming

The Department of Interior has proposed a plan to strip Endangered Species Act protections from wolves in Wyoming. The plan is the latest in a series of moves that further threaten the tenuous nature of wolf populations in the Northern Rockies. 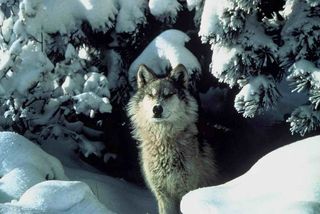 “We are deeply disappointed in this extreme plan. It will result in the dramatic loss of wolves—a loss that will be felt far outside of Wyoming’s borders,” said Frances Hunt, Director of the Sierra Club’s Resilient Habitats campaign.  “The plan must be revised if wolves are to remain a vibrant part of our American landscape.”

Under the plan Wyoming would be allowed to reduce the wolf population to just 100 wolves and 10 breeding pairs outside of Yellowstone National Park. Invisible boundaries would cordon off a small portion of the state around the park where licenses would be required to hunt wolves. In the other almost 90% of the state wolves could be killed by any method, without a license.

No other state, even those where wolves have recently been removed from the Endangered Species Act by Congress, allows unregulated wolf hunting.

Polling conducted earlier this year found that 80% of respondents in the West agreed that the gray wolf is a vital part of America’s wilderness and natural heritage.

“Wyoming is out of step with public opinion and with the science on this,” said John Spahr of the Sierra Club’s Resilient Habitats campaign in Wyoming. “The return of wolves has been a boon to our area; they should be managed as the valued wildlife they are.”

Wolves play a key role in increasing the health of the Yellowstone region, bringing back aspens, willows, beavers and songbirds. They’ve also brought changes in big game behavior that many biologists consider beneficial.   Wolves draw millions of tourists hoping to get a glimpse of these wild creatures. Wolf viewing contributes about $35 million to the regional economy each year.

I do not life in Wyoming, but the wolf is a being whom I hope to see still living in the wild. They were here first, and we are but care takers of our land not owners.