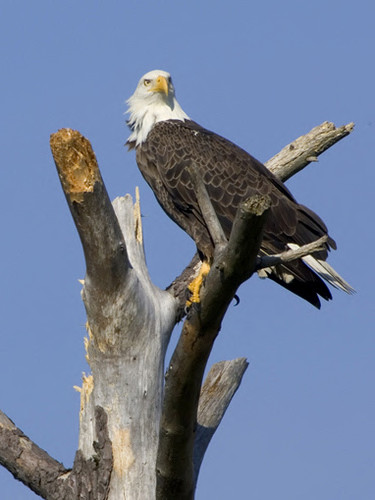 This iconic bird is one of the great success stories of the Endangered Species Act (Image: USFWS)

I’m lucky enough to make my home in a wooded area along the Potomac River, outside of Washington, DC.  Many mornings when I leave my home, I see a bald eagle, sometimes two, perched in the trees, scanning the water below for their next meal.  On a particularly good day I see them flying overhead, a fish clearly visible in their talons.  The site never fails to fill me with awe and I always catch myself smiling, my thoughts turn towards gratitude and I need to remind myself to pay attention to the road.

Sights like the eagles in my suburban neighborhood are not the result of chance.  As recently as 40 years ago, a relatively short time in the practice of wildlife conservation, there were less than 450 bald eagles in the Lower 48 States, their numbers decimated by habitat loss and poisoning of the environment.  Thanks to the Endangered Species Act the eagle has recovered from the brink of extinction to over 4,500 nesting pairs.

The Endangered Species Act effectively safeguards America’s natural heritage.  But conservation demands innovation, especially in an era of climate disruption where new challenges and opportunities continue to make themselves apparent.  Recognizing this, the U.S. Fish and Wildlife Service and National Oceanic and Atmospheric Administration, the two agencies with chief responsibility for implementing the law, have begun filling policy gaps in the Endangered Species Act, improving implementation and providing resource managers and stakeholders greater clarity and assurances. 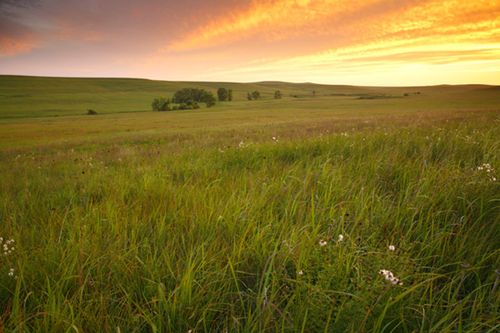 No member of Congress attended the international climate change negotiations in Durban, South Africa, earlier this month, but scientists with the U.S. Geological Survey have released the first in a series of groundbreaking studies assessing our nation’s capacity to sequester carbon through natural systems.

Along with limiting emissions, carbon sequestration efforts—the process of removing greenhouse gas pollution from the atmosphere and containing it—are crucial to securing America’s leadership in the global endeavor to reduce and limit the impacts of climate disruption. Focusing on the Great Plains, USGS’s assessment identifies these grasslands, fields and woodlands as a carbon sink, trapping a level of greenhouse gas pollution equal to 21% of emissions from personal vehicles and 3% of total US emissions.  Looking forward to 2050, USGS scientists project Great Plains carbon storage will increase by anywhere between 29% and 36%. 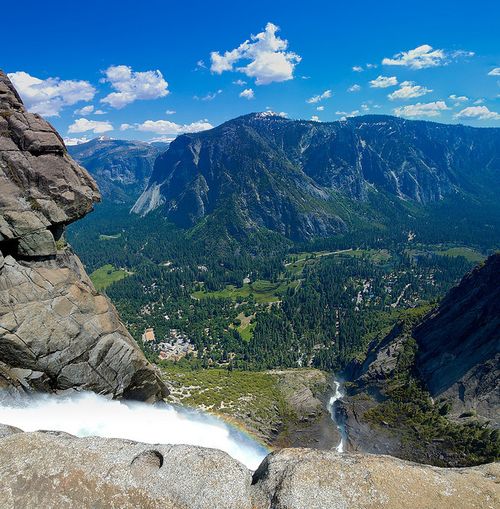 The Merced River courses over the top of Yosemite Falls (Image: Terry Chay via Flickr)

Over three million visitors a year enjoy the iconic vistas of Yosemite National Park, yet many never learn the name of the river that shares the views of breath-taking ridges, steep, forested slopes, or flows down its waterfalls. The Merced River’s headwaters lie in the Park’s southeast corner, from which it flows 145 miles through scenic Yosemite Valley and the foothills of the Sierra Nevada.

The Merced River is the source of almost incalculable benefits for local communities, providing water, power, and millions of dollars in tourism and outdoor recreation. Whitewater enthusiasts come from around the world to raft the waters of the Lower Merced, where a Wild and Scenic River designation protects dozens of miles of the free-flowing river from harmful development and activities. Whitewater rafting sustains twelve businesses in Mariposa County alone, bringing in an estimated $2.5 million a year to the local economy.

Now, many fear what will happen to these businesses if proposed legislation from Representative Jeff Denham passes through Congress. H.R. 869 and H.R. 2578 would remove a short segment the Merced River from its Wild and Scenic protections to raise the reservoir ten feet and inundate perhaps an additional half mile to the twenty-four miles currently inundated by the dams downstream.. This change would inundate hiking trails, submerge at least one campsite, and make stagnant waters out of current rafting areas. Rep. Denham says the amendment will allow for increased water storage and power generation, which has locals asking: for whose benefit? Denham’s short bill does not clarify, but some suspect the intended beneficiary is big agriculture downstream, although raising this dam—that has never filled and spilled in its history—would generate little meaningful water.

Yesterday, President Obama invoked the legacy of Theodore Roosevelt during a major economic speech in Osawatomie, Kansas. More than 100 years ago in 1910, President Roosevelt stood before a similar crowd in the same town and made a bold call to address a primary issue of the day, income inequality. Then, as now, the gap between the haves and the have-nots was growing rapidly, and the speech marked a progressive turn as Roosevelt called for a "square deal" for all Americans.

It is heartening to hear Obama echoing the Progressive icon. In these dark economic times, Obama should take another cue from Roosevelt's agenda, his conservation legacy. As part of his populism and democratic principles, Roosevelt firmly believed in the right of every citizen to have access to our public lands and heritage. Both then and now, this idea was revolutionary; during the course of his career Roosevelt protected approximately 230 million acres as public lands for all Americans to enjoy. These protections include 5 national parks, 18 National Monuments, and the creation of 150 National Forests. The time is ripe for President Obama to revive Teddy's vision and create a legacy of protected, public lands. President Obama should use his authority under the Antiquities Act, a bill that Teddy signed into law in 1906, to designate as National Monuments public lands which represent our country's wild legacy. 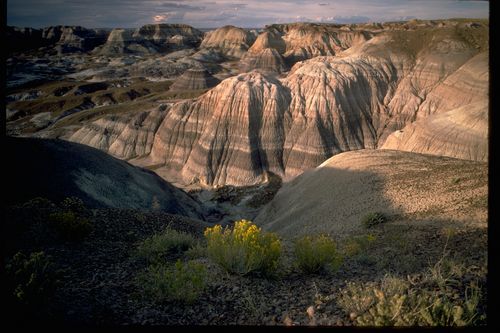 Such a move would stimulate local economies and cause the increased job growth frequently correlated with lands protection. The outdoor recreation economy generates around $730 billion annually and supports 6.5 million jobs. This is one of the few sectors that continues to grow despite our current tough economic climate. Just last week more than 100 economists and academics from across the country, including three Nobel Laureates, sent a letter to the President urging him to "create jobs and support businesses by investing in our public lands infrastructure and establishing new protected areas such as parks, wilderness, and monuments." By channeling Teddy Roosevelt, the President can protect our natural heritage, put Americans back to work, and rebuild the American Dream.

I started fishing when I was 8. I remember my father took me to a lake near our home in New Jersey, baited a hook, and showed me how to cast it into the water.  I'll always remember how proud he was when I reeled in my first sunfish, how he treated it like I had brought a trophy salmon to hand.

Since then, I have been lucky enough to fish from the Arctic to the Rockies to the Appalachians.  I still fish with my father as much as I can and often fish with friends that time on the water has blessed me with.  For me, our days together, the laughs we share, the playful jabs and celebrations, they are the real trophies, too big to fit in any net. The bonds we share that are tighter than any lines are why I keep fishing, why I share fishing with others and why I speak up for our nation's waters.

Unfortunately, there is one very bad part of fishing for millions of anglers nationwide. Fish advisories are in effect for waterways across the U.S., advising people to limit the amount of local fish species they eat due to mercury contamination. Studies suggest that even a gram-sized drop of mercury can contaminate a 20 acre lake.

A potent neurotoxin, mercury gets into our air from coal-fired power plants and then falls into waterways from rain or snow.  It then accumulates in fish and the people who eat fish, putting pregnant women and their babies at risk for serious developmental and neurological problems.

For some communities, this threat is even greater. An analysis of several studies conducted among Latinos reveal that this community faces a disproportionate risk from toxic mercury pollution because of a combination of cultural, economic and linguistic factors.

31 percent of Latinos fish regularly, and 76 percent of those eat and share what they catch with their families. These families include young children and women of childbearing age, the two most vulnerable population sectors to mercury poisoning.

A study conducted by the University of California-Davis titled, "Fishing for Justice or Just Fishing," revealed that Hispanic anglers fish close to their urban communities because of a lack of transportation options. The fish caught in urban areas tend to contain the highest concentrations of mercury contamination. And this exposure is already showing high levels of mercury contamination among Hispanic anglers.

Thankfully, this month the Environmental Protection Agency will unveil a long overdue update to the Clean Air Act that will strengthen public health protections from coal-fired power plants.

Good News, But Yellowstone Grizzlies Aren't Out of the Woods Yet 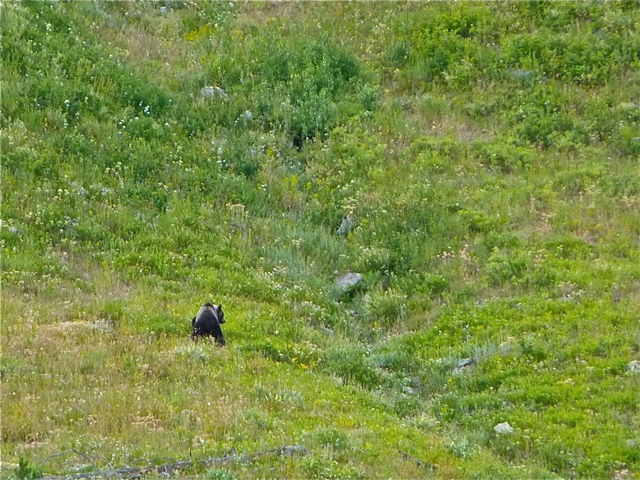 Thankfully, the 9th Circuit ruled in favor of the Greater Yellowstone Coalition, agreeing that the U.S. Fish and Wildlife Service had not done an adequate job of justifying why the grizzly should lose federal protection, given that one of the grizzly’s main food sources – seeds of the whitebark pine tree  – is rapidly disappearing. Specifically, the Court ruled "that federal wildlife biologists were wrong when they concluded the decline of Whitebark pine trees was not detrimental to the bears' future."

Sierra Club wholeheartedly agrees and we applaud the Court's ruling.

The seeds of the whitebark pine comprise one of the Yellowstone grizzly’s main food sources during the fall before their winter hibernation–– and the abundance of those seeds is in serious decline due to intensifying bark beetle outbreaks as a result of global climate disruption. Earlier this year, the federal government officially determined that protection of the whitebark pine is "warranted" under the Endangered Species Act, due to its steep decline across the Greater Yellowstone region.

While grizzly advocates prevailed in the legal arena this time, it does not mean the bear is out of the woods yet, so to speak.

Continue reading "Good News, But Yellowstone Grizzlies Aren't Out of the Woods Yet" »