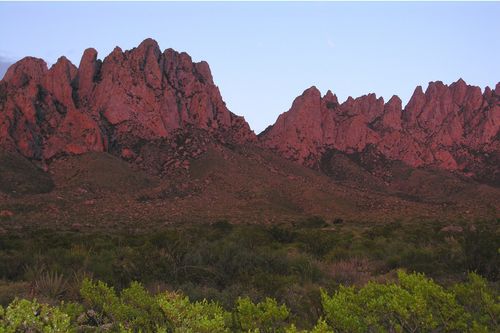 The Organ Mountains form the rugged backdrop to Las Cruces, New Mexico’s second-largest city. In those mountains are hundreds of thousands of acres of desert grasslands, sky island mountain peaks, canyons, arroyos, historic features from both Native Americans and early Spanish settlers, and an abundance of plant and animal diversity. In fact, the mountain range is the most botanically diverse in the state, home to a rich assortment of ferns, lichens, mosses, and several plant species that exist nowhere else in the world. Mountain lions, javelina, mule deer, quail, and countless other animals call this area home.

Unfortunately, these one-of-a-kind lands are facing a variety of threats. Las Cruces and the surrounding regions is one of the most rapidly expanding areas of New Mexico and along with that growth comes the resulting urban sprawl. As the population has grown, destructive off-road vehicle use has also risen dramatically. And very recently, proposals have multiplied for destructive energy development and rare earth mineral mining. However, a significant portion of this area can still be saved through a National Monument designation.

Rally in President Obama’s Backyard to Save the Arctic Ocean

Today many DC residents got to see a rare sight--arctic animals walking the streets of the Capitol. Over a hundred activists joined the ranks with polar bears, a walrus, and even a sandpiper to send one message to the White House: do not drill in the Polar Bear Seas this summer!  Activists delivered over 1.1 million comments, letters, and petitions from across the country saying just that.  Thousands who could not be at the rally took part by calling the White House and delivering their own message to protect America's Arctic.

On April 28, 2012, hundreds of people around the nation came together for Polar Bear Dance Parties – we danced to celebrate the Arctic and protect the Polar Bear Seas from oil drilling.

Our dance parties brought people together from across the country to celebrate the Arctic.  Together we made the World Record for "Largest Group of People Dressed as Polar Bears While Dancing in 24 hours!" 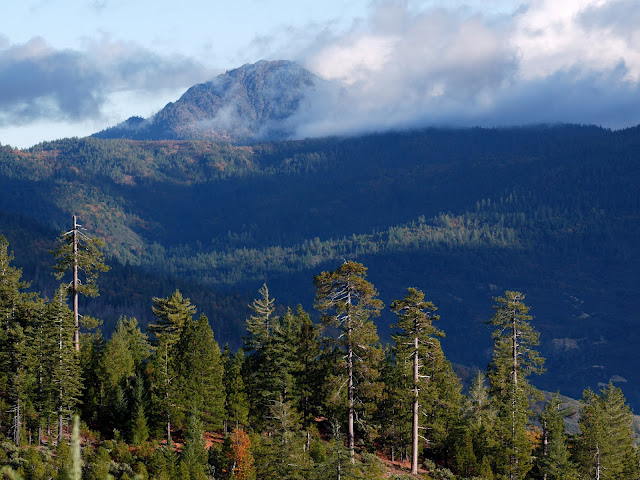 Three members of the US House of Representatives introduced new legislation yesterday that will designate Berryessa Snow Mountain as a National Conservation Area. Local environmental groups, recreatinists, and businesses applauded the long awaited decision for permanent protection of Berryessa, which is a prime recreation spot and home to a stunning array of rare plants and animals.

“The Berryessa Snow Mountain Region is a unique national treasure and we have a responsibility to preserve it for our kids and grandkids,” said Rep. Thompson. “Designating the region as a National Conservation Area will preserve the land, help our local economies, and protect a wide variety of plants and animals. This is the right way forward for the region and our communities.” 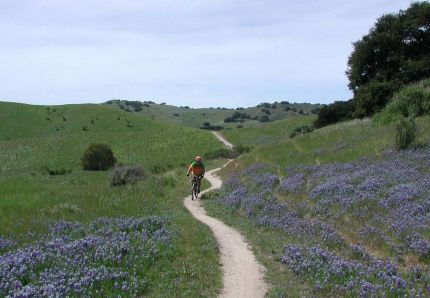 America is blessed with a great diversity of natural and cultural wonders: some of the most amazing archeological, historical, and ecological treasures on Earth. These places are too special for us to allow them to be destroyed by mining, drilling or clear-cutting. They are national treasures for current and future generations to share They should be protected as national monuments.

Recently President Obama used his authority to protect an important piece of America - he designated Fort Ord in California as the nation's newest national monument. From 1902 to 1994, Fort Ord served as a unit garrison site and basic training base for Army soldiers who served in America's conflicts from the Spanish-American War to the Vietnam War. The newly named Fort Ord National Monument is a reminder of the service of over a million troops who trained on these lands and a recognition of the area’s continuing historical and natural importance.

Fort Ord's public lands also contain 86 miles of trails through some of the last remaining open space in the Monterey Bay area. Thousands of bicyclists, hikers, trail runners and horseback riders use the trails each year and enjoy sweeping views of Monterey Bay and the Salinas Valley. The grassland hills and the area's rare plants and wildlife also draw photographers and nature enthusiasts of all kinds.  These visitors are also important sources of revenue and jobs that greatly benefit the area's economy. 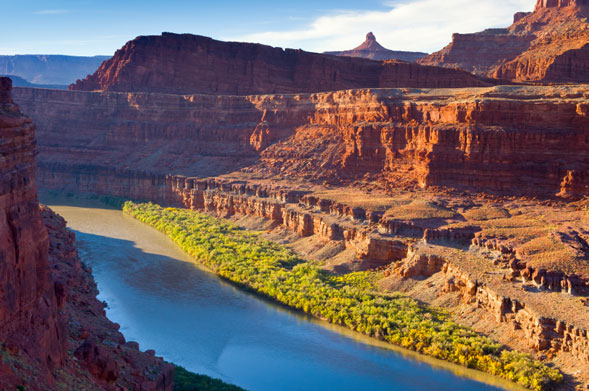 Desert Bighorn sheep were well known to Native Americans who painted their likeness onto rocks throughout the desert southwest.When Father Escalante crossed the Colorado River and entered Utah, he wrote in his journal, “here wild sheep live in such abundance that their tracks are like those of great herds of domestic sheep".1  But, by 1964 only a remnant herd of about 100 native Desert Bighorns remained in Utah. They had taken refuge in a remote region along the Colorado River in what became Canyonlands National Park that same year.