Protecting Your Favorite Piece of America

My first trip to the Grand Canyon was epic: More than three weeks away from phones, city lights and noise. I went whitewater rafting and hiking and had a wonderful time. That was the trip of a lifetime and a great opportunity to think about what really matters, including time richly spent with family and friends and the life-enhancing wonder and awe of the great outdoors.

From Maine's north woods, to the Southern Appalachians, to the wide open deserts of the west, I have traveled to so many wonderful places. I’ve been fortunate to have a career fighting for our American lands across the country: deserts, wetlands and forests, public and private.

It's disheartening to see so many of those important places threatened despite how incredibly special they are to the health of our environment and the lives and livelihoods of local communities. I want everyone to have the chance I had to visit the Grand Canyon, which is why I am hoping the President will protect this amazing landscape by designating the Grand Canyon Watershed as a national monument.

For well over a century the Sierra Club and others have worked to see America's special places saved so that people from all backgrounds can take advantage of all they have to offer. This week the Sierra Club unveiled a new online hub to recognize, share and help protect America's most treasured outdoor places. This "My Piece of America" site is part of a larger campaign to permanently protect important critical open space and wildlands in today’s rapidly developing, technology-driven age. 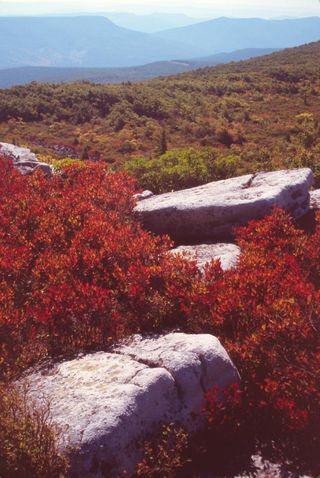 The "My Piece of America" website is uniquely built to not only allow users to upload and view photos of their favorite special places, but also to connect with local protection campaigns on the ground. I've already contributed a note about one of my favorite pieces of this country - the Cranberry Wilderness in Monongahela National Forest, West Virginia - pictured at the left.

Visitors to the "My Piece of America" website will have opportunities to take action to help conserve these places for future generations to enjoy.  With trip giveaways, beautiful photos, personal stories and action opportunities, the site will provide an inspirational and engaging invitation to be a part of America's lands legacy.

Today millions of people recreate, retreat, and recharge in our parks, national monuments, wilderness areas, and other public lands. Our public lands are major economic drivers. They play a vital role in the $646 billion dollar outdoor recreation economy, which supports local communities nationwide and 6.1 million jobs across the country.

All Americans deserve a safe and sustainable opportunity to get out and enjoy the great outdoors. Fortunately, our nation is blessed with many wonderful areas we can still protect and enjoy, from local parks and open spaces to large magnificent landscapes like the Grand Canyon Watershed that the President can and should protect as national monuments. Let's protect these treasures now so current and future generations can fully experience them. 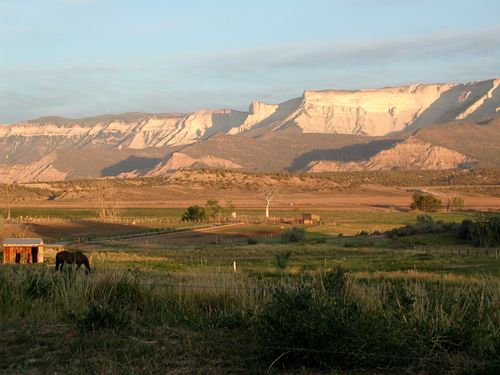 Last week, the Sierra Club and other conservation groups celebrated a victory over the natural gas industry and the preservation of one of America's richest environmental and wildlife treasures. The Roan Plateau, a hidden gem of biodiversity in western Colorado, happens to sit on a bed of natural gas, putting it in the cross-hairs of the oil and gas industry for several years.

Under the Bush administration and just before President Obama's inauguration, the Bureau of Land Management (BLM) put extensive federal lands in Utah and Colorado into the hands of oil and gas companies, including 50,000 acres of the plateau outside Rifle, Colorado.

That was until last Friday, when a federal judge found fault with BLM's planning and analysis. It failed to consider significant environmental impacts of drilling on the rugged terrain that's home to clear streams, genetically-pure and endangered Colorado Cutthroat Trout, herds of deer and elk, several threatened and endangered species, and a plethora of other important biodiversity. The Grand Junction Daily Sentinel reported:

In a 38-page ruling in a lawsuit by conservation groups, U.S. District Court Judge Marcia Krieger ruled that the agency failed to adequately address an alternative that would have kept drilling off the plateau top by making use of directional drilling from surrounding lands. It also failed to sufficiently consider cumulative air quality impacts in conjunction with anticipated development in the region, or to adequately address ozone impacts.

Judge Krieger's decision gives the BLM time to research the environmental impacts of drilling the Roan and re-examine alternative approaches that didn't get sufficient consideration the first time around.

Further, the decision reveals that unprotected, but critically important American lands like the Roan Plateau should be spared from drilling for natural gas. And as the Denver Westword blogged recently, "the Roan is certainly the kind of place that deserves a second look, and a third, before you mess with it."

Fracking for natural gas is known to contaminate drinking water, pollute the air, damage and poison landscapes and soil, and cause minor earthquakes. If drillers can't extract natural gas without destroying landscapes and endangering the health of families, then we should take heed of Judge Krieger's conclusion and not drill for natural gas on one of Colorado's great natural treasures, the Roan Plateau.

- Eric Huber, Sierra Club Senior Managing Attorney in Boulder, Colorado. Photo of the Roan Plateau courtesy of the Department of the Interior. 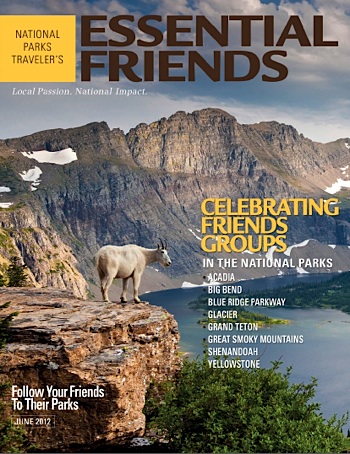 This area holds lands of great significance to the region's indigenous people. The more than three thousand ancient Native American archaeological sites that have been documented in the region represent just a fraction of the area's human history. Ranging from settlements or habitations, to temporary camps, granaries and caches, and rock ard, some of the sites date from as far back as the Paleo-Indian period--11,000 BCE. 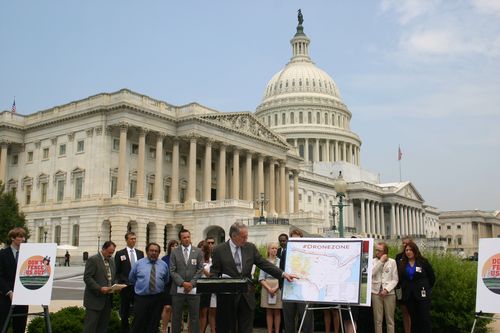 A diverse coalition of environmental, immigrant, sportsmen, and tribal groups held a press conference today on the capitol triangle to voice their joint opposition to an especially destructive piece of the House Republicans’ reckless agenda. H.R. 1505 - the so-called "National Security and Federal Lands Protection Act" - would override all environmental protections and safeguards within 100 miles of the border, supposedly in the name of increased border security. But rather than increase security, this short-sighted legislation instead threatens the health of the region and its residents.

According to Representative Ed Markey (D-Mass, photographed above), who spoke against the bill today, an area the size of Massachusetts, California, Connecticut, and New Hampshire combined would be left with no provisions to protect clean air, clean water, or the health of American families. Markey described the bill as a Republican ploy to cater to the wishes of big polluters, not border security.

Continue reading "HR 1505: A Big Polluter Ploy on Our Borders" » 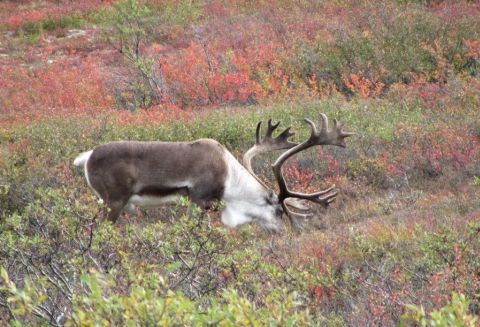 Big Oil continues its assault on the Arctic by pushing for increasing oil drilling. This time it's the Western Arctic that's particularly at risk.

Next week, House Republicans are expected to unveil a legislative package that once again calls for drilling everywhere, regardless of the risks and impacts to the climate, and to our nation's wildlands and wildlife. It includes one especially threatening bill – HR 2150 - which undermines a balanced land management approach for the National Petroleum Reserve in Alaska.

The land in the National Petroleum Reserve- Alaska is the nation's largest, wildest landscape. This area in the Western Arctic supports the calving grounds of our nation's largest caribou herd, the highest concentration of grizzly bears and wolverines in the Arctic, and critical habitat for millions of shorebirds and waterfowl.

To get a look at some of these remarkable animals, Sierra magazine just put together an amazing Arctic animal slideshow featuring images from photographer Florian Schulz. 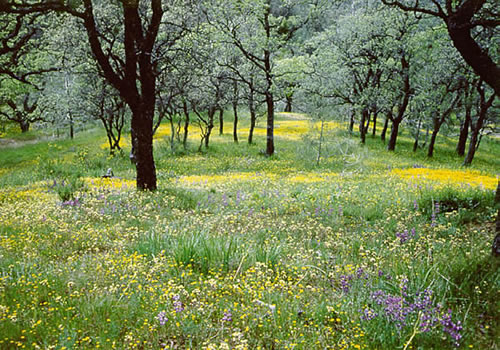 Across the United States, millions of people grow up seeing pictures of California's stunning redwoods, mountains, deserts and beautiful beaches – many of which have been protected as part of the state’s renowned system of parks.  These wonderful and diverse parks provide a wealth of natural benefits and also support California’s important travel and tourism industry including hotels, locally-owned bed and breakfast establishments, restaurants, retail shops, tour operations and many more local businesses that provide much needed jobs in communities across the state.

Yet on July 1st, dozens of California’s 279 state parks may be closed due to budget cuts enacted by the Governor and Legislature. This budget crisis did not develop overnight. Thirty years of financial neglect have left the state’s parks system with a $1.2 billion backlog in deferred maintenance. Now, with less than a month before parks are shuttered, we need both immediate and long-term solutions.

The real question is not whether we can afford to maintain our state parks, but whether we can afford to allow a failure of political will and imagination to destroy one of our state's most irreplaceable assets. The Sierra Club is calling upon the state’s leaders to work together to address this issue in a common sense fashion. Read more about our work in the Sacramento Bee.

And TAKE ACTION: Governor Brown and the Legislature have until this Friday, June 15, to pass a budget that includes funding for the state park system. Tell them to pass the Sustainable Parks Proposal! 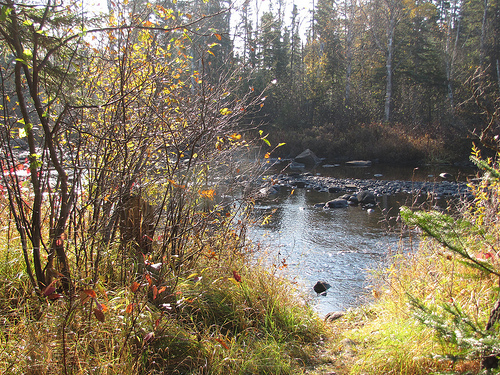 On Friday, members of the U.S. House Subcommittee on National Parks, Forests and Public Lands will consider a bill that would risk the loss of more than 86,000 acres of Minnesota's Superior National Forest.

H.R. 5544, recently introduced by Congressman Chip Cravaack, would require the U.S. Forest Service to offer tens of thousands of acres of protected National Forest land to be exchanged with the state of Minnesota. The ultimate result of this bill? Tens of thousands of acres of forests, wetlands and wildlife habitat would be destroyed for new sulfide mining projects and other development.

Federal ownership of National Forest Land carries with it a variety of critical legal protections, including:

All of these important safeguards would be lost on any National Forest land included in this exchange.

Unfortunately, Congressman Cravaack's bill goes even further by bypassing environmental review and public involvement in order to complete the exchange. Make no mistake, HR5544 would require the US Forest Service to trade away 86,000 acres without even allowing a process for considering potential impacts on the water, habitat and wild lands of Minnesota’s Arrowhead.

This is simply unacceptable. Please take a moment today to take action and tell Congress to stand up for Minnesota's lakes, forests and natural legacy by opposing H.R. 5544!