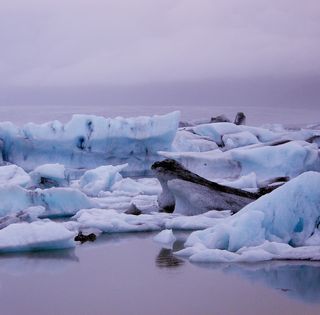 The Sierra Club, as part of a coalition of conservation groups, took legal action today challenging the adequacy of Shell Oil’s oil spill response plans for the Polar Bear Seas.  Even as Shell’s drill ships head to these Arctic Seas there remains no proven way to clean up an oil spill in the icy and dangerous waters.

Behind Shell’s empty promise of safety is an oil spill response plan that relies on unbelievable assumptions, includes equipment that has never been tested in Arctic conditions, and ignores the very real possibility that a spill could continue through the winter.  Imagine if a blowout like what happened in the Gulf of Mexico happened in the Arctic Ocean during late September; as winter sea ice begins to form any attempts at stopping the spill, containing the oil, or cleaning up the coasts have to stop until the next summer.  This unspeakable disaster could become a horrifying reality.

The last test of spill response equipment in the Arctic was declared a “failure.”  Today, more than a decade later, Shell is still relying on much of the same failed equipment. The company touts its new Arctic containment system but it isn’t even included in the spill response plan, nor has it been proven to work in the Arctic.

In its plan the company says it will clean up more than 90% of any oil spilled. Given that less than 10% of spilled oil was recovered after the BP Deepwater Horizon disaster it is hard to believe that a cleanup with inadequate equipment amid icebergs, high seas, and extreme weather will do better.  Cleanup efforts could be shut down for months if a late season oil spill were to take place—a possibility Shell is not prepared for.

Throw in the lack of knowledge about how drilling or chemical dispersants will affect Arctic wildlife and natural systems and it is clear that Shell cannot drill safely in the Arctic’s Beaufort and Chukchi Seas.

Join us in working to protect the Arctic!

It was a glorious day. So much fun!!!It doesn't get much better than that!

I still don't know what I want to do in life, but I am realizing through my everyday experiences that I am slowly finding what makes me happy in life.
http://blog1.de/wukeshu/
http://donegood.onsugar.com/
http://ravzcou.bloggd.org/