I'm on the deck of the Maple Leaf-- a 92-foot schooner sailing near Campania Island, British Columbia, about 400 miles north of Vancouver as the eagle flies,  off the coast of the Great Bear Rainforest.

I clutch the mast to steady myself against the rolls of the mighty Pacific. It’s raining and windy on this late September day, but I have no desire to go down below deck into the warmth and security of the galley.

Because we're surrounded by whales.

A huge fin whale -- the second largest mammal on earth -- floats just to starboard. Four or five humpbacks dine nearby -- their tails making graceful splashes as they dive. Our captain, Kevin Smith, has put a hydrophone in the water. And suddenly the air around us is blasted with deep, alien voices—the whales are talking to each other. As humans we can only marvel at the beauty of their mysterious conversations.

"The humpbacks go to Hawaii to mate," Kevin explains. "But they have been proven to practice their mating songs here, off the coast of the Great Bear Rainforest. They try them out and perfect them before they take them to Hawaii." I wonder if that’s what we’re hearing now, or if the humpbacks are chatting with the fin whales about all the abundant fish they have found here. Do the fin whales, humpbacks, and porpoises speak the same language?  I don't have the answers to these questions: I just know that the whales have to keep singing. And if Canadian Big Oil giant Enbridge and its allies in Canada’s Federal Government have their way, and the massive Northern Gateway pipeline/tanker route proposal is approved, the whales may leave this place forever. They'd be driven away by the abrasive sound of huge tar sands oil tankers bound for China coursing through the narrow channels of their pristine habitat several times a week. Or even worse, there could be an oil spill.

I know one thing for sure: I don't want the happy, healthy, talkative whales we're looking at now... 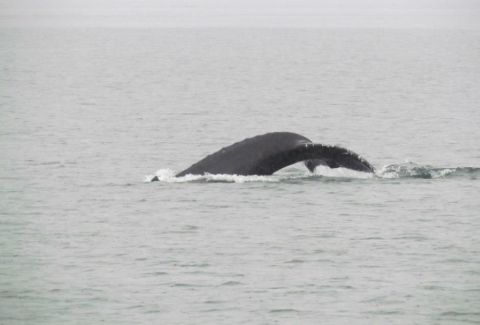 ...to be silenced forever. To end up looking like this whale -- a victim of the B.P. oil spill in the Gulf of Mexico.

Called by the Spirit Bear 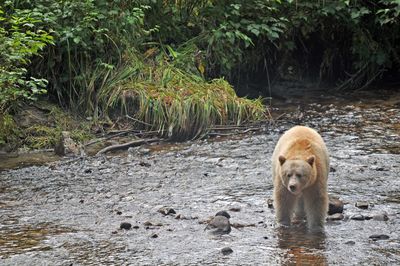 I wasn’t thinking about changing anything major in my life on the night in August 2011 when a spirit bear grabbed me and started leading me on a journey from the least wild place in North America to the wildest. I wasn’t looking for a vision quest, I was looking for a burger. Navigating the chaos of New York’s JFK Airport, in a mad dash to get onto a six-hour flight back to Seattle, the heat and humidity, the screaming cabs at the curb, the body scans, liquids police, laptop X-ray all behind me, it was time to debate whether I had time for a meal. And if so where?

I’d just wrapped up a weeklong visit with my family in Connecticut that reminded me anew how disconnected I felt from my past. I was going back to the life I had created in Seattle that didn’t seem altogether real to me anymore either. I love my city, but I don’t love my life, was the uncomfortable thought I kept suppressing. Once I’m back home, I’ll have some time to think, I breathed to myself. Meantime, did I have time for a meal before the flight?

Instead of a restaurant, my eyes fell upon a Hudson News stand. Well, perhaps a magazine? I picked my way through the hordes on the same “flight reading” mission, scanning the magazine rows for something. . . .

And suddenly wide awake, I was looking at a white bear perched in a tree. “The Wildest Place in North America,” read the National Geographic cover. The wildest place in North America huh? I smiled to myself. I’m definitely NOT there now! I walked away. The bear was a bit too real and serious. It wasn’t even looking at the camera. “Well, what is it looking at?” I thought, and circled back for another peek. It was hard to ignore that bear. 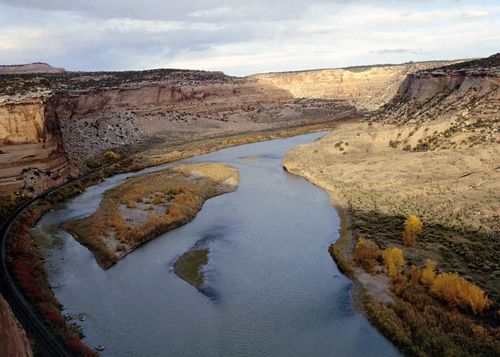 On Nov. 9, the Department of the Interior released a plan that would require oil shale companies to provide solid proof that their activities will balance the state’s economic and environmental needs before starting any commercial exploitation. Reversing a Bush-era decision that would have given industry free reign on 2 million acres of public lands, BLM’s plan effectively protects 1.6 million acres of public land, as well as areas of critical wildlife habitat.

Latino organizations, including the Hispanic Access Foundation (HAF) and Nuestro Río, welcomed the Salazar decision and reminded the public about the Latino community’s overwhelming support for protection of public lands and the safety and reliability of their water supply.

The Future of Wolves in Wyoming 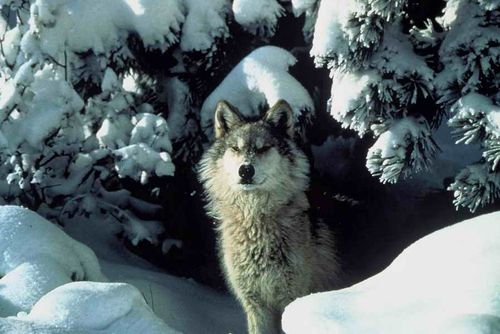 Two years ago, hiking in Yellowstone’s backcountry on the Mary Mountain trail, I saw the first wolf of my life. It was an incredible moment and one that I will always remember. The lone wolf – which I later found out was probably from the Canyon pack – trotted across the trail in front of me and up a hill, then stopped and turned at the top to look back at me. We gazed at each other for a long moment before it then trotted down the hill and across the Hayden Valley. I watched it for a long time until I could hardly see it in the distance. How lucky I am, I thought.

More than any other species, I think wolves bring about the deepest cultural response from people. They are a symbol of many different, closely-held beliefs and core values, and often act as a surrogate for how we, as individuals and as a society, view public lands, wild species, and the degree to which people should or should not control them. Whether revered, loved, feared or hated, wolves make us think, and wolves make us feel -- passionately. And they make us act, because of those feelings and the core values that they speak to in each of us, particularly here in the Interior West.

Continue reading "The Future of Wolves in Wyoming" » 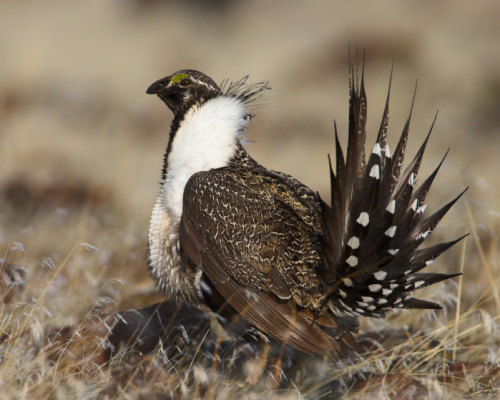 Last week the Bureau of Land Management excluded lands critical to the future health of the Greater Sage Grouse, a declining western bird species, from a proposal to offer roughly 807,000 acres of land in Wyoming, Utah and Colorado for oil shale and tar sands leasing. The American Petroleum Institute, which is sworn to open every inch of America to drilling, criticized BLM in a statement that repeated the tired ‘oil at any cost’ messaging the organization spent millions promoting in the 2012 election. Extreme oil sources, like tar sands and oil shale, must be mined from the Earth, permanently destroying wildlife habitat; they pollute waterways and groundwater, and they release carbon pollution all on a massive scale. BLM and the Obama Administration do well to resist API and the oil industry’s pressure to ignore science and the law and throw open our parks and natural areas to unlimited oil and gas destruction.

In celebration of the upcoming 50th anniversary of the Wilderness Act, the National Park Service is releasing stunning videos on wilderness areas within National Parks every other week. Professional photographers and videographers are teaming up with NPS to create striking tributes to America’s wild places.

Located an hour north of bustling and crowded San Francisco, Point Reyes National Seashore provides a welcome respite from hectic city life. In the short video released by the National Park Service, the juxtaposition of these two areas is highlighted. In San Francisco crosswalks are crowded with pedestrians, while noisy, dirty cars make their way through the city, engines roaring and horns blaring. Meanwhile, in the 26,000 acres of wilderness in Point Reyes city noise is replaced with the tranquil sounds of nature. All that can be heard are natural parts of the earth: birds sing, streams trickle over rocks, the wind moves through trees and over long grass, and the ocean surf churns with a natural rhythm. We are reminded of the stark differences between the world we have constructed for ourselves and the world we came from. The video encourages us to step outside our towns and cities, and experience the peace that can be found in nature.

“Man is free the moment he wishes to be” -- Voltaire

Unfortunately, Point Reyes is under threat from the inequitable renewal of private oyster farm lease, blocking the planned addition of 8,000 acres of wilderness. Read more here.

The effort to preserve several thousand acres surrounding the Arkansas River in Browns Canyon has been gathering steam for some 18 years, enjoying the most favorable climate for approval to date…. And many in the region… would like to see permanent wilderness protection for Browns Canyon along with designation as a national monument, similar to a national park. 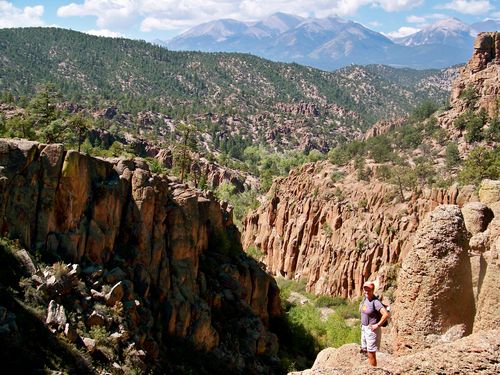 Browns Canyon is a ruggedly scenic complex of mountainous ridges and winding valleys adjoining the Arkansas River between Buena Vista and Salida, Colorado, about 130 miles southwest of Denver. This stretch of river is wildly popular with recreationists, especially rafters and float anglers. It is perhaps the most frequently rafted river reach in the nation. 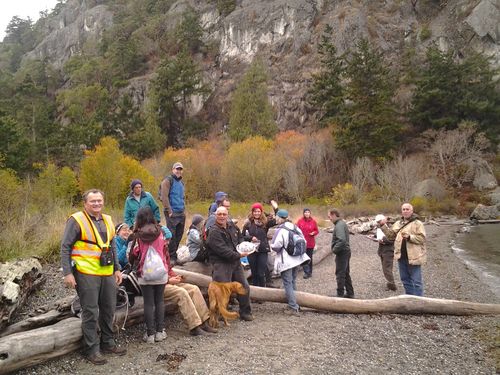 Earlier this month almost 20 participants including Sierra Club members, a member of the Veteran Conservation Corps, a board member from Vet Voice Foundation and a number of local conservation leaders and Bureas of Land Management staff toured federal BLM lands on Lopez Island. These remarkable sites are some of the approximately 60 sites within the proposed San Juan Islands National Monument. Participants explored two areas within the proposed national monument. The first was a dramatic rain-shadow landscape on the southwestern shore of Lopez Island, known locally as Iceberg Point. 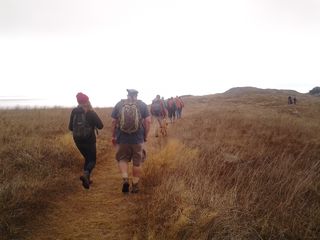 Participants explored the wind whipped prairie, westward shores and geological wonders this short hike offers. Local BLM staffer, Nick Teague passed along information on the area’s history, geology and ecology. The highlight was Iceberg Point’s dramatic views of the straights of Hidalgo and Juan de Fuca and the Olympic Mountains; the latter emboldened and intensified by fall sun streaming through thin gaps in the otherwise overcast skies. For participants, such luck only emphasized why this location deserves the lasting protecting national monument designation for the island’s BLM lands offers.

The second and final stop on the day’s tour was a short hike to local gem and historical wonderland, Watmough Bay. Located on Lopez Island’s southeast shore, Watmough is a quiet bay and beach prized for its beauty, wildlife viewing, historic significance and archeological wonder. From the shores of Watmough beach, outing participants enjoyed homemade brownies and heard about the local pre and post euro-history from a local conservationist and BLM staff ranger, and then took a mile long hike on the adjoining ridge to get a better sense of adjacent BLM lands included in the proposal.