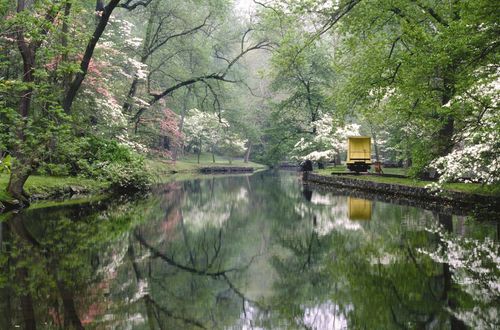 Last Monday afternoon, Barack Obama penned his approval of five new national monuments. It was truly a historic moment, especially for the state of Delaware. In designating the First State National Monument near Dover, the president made Delaware, the nation’s first state to sign the Declaration of Independence, the last state to receive a national monument. Finally, the National Park System -- of which monuments are part -- reaches all 50 states.

The new monument, which will now be preserved through federal land conservation efforts, will tell the story of Delaware’s rich colonial history through four separate sites--the Woodlawn Tract, the Old Sheriff’s House, the New Castle Courthouse Museum, and Dover Green. It will also serve as a place where tourists and nearby urban residents can retreat into nature, connect with wildlife, and learn the role that Delaware played in the both the establishment of the nation and America’s wild legacy.

The monument designation itself has been a long time in the making. For years, Delaware Senator Tom Carper and the entire Delaware delegation have made it a priority to create a national monument in their home state. Even Vice President Joe Biden has shown his support for maintaining a national monument here, in his home state. With support from civic leaders, preservationists, other elected officials, and the Conservation Fund, their dream is now a reality.

Delaware residents are thankful, too, for the historic sites that are protected in their communities.  The national monument and surrounding areas will experience a growth in heritage tourism and economic benefits that go with it. The National Park Service estimates that economies all across the country receive a tenfold return on their investments made in national parks. More than 5 million people live near the First State National Monument and now have opportunities to access and invest in the area when they visit and enjoy the park.

People will canoe through the Brandywine Creek, hike the historic trails, visit the Old Sheriff's House, and explore the New Castle Courthouse Museum. Connecting with nature and stepping into the past will be an even more meaningful experience to all who get to access the First State National Monument.

As the community looks forward to enjoying their urban oasis as a national monument, the Sierra Club looks forward to seeing more preservation efforts like this one across the country. The president can continue to build his legacy of protecting America’s wilderness as he did so last this week. Please take the time to thank President Obama for his efforts, and encourage him to continue protecting the future of our land.