Memorial Day weekend has passed (probably too quickly for most), and if you live near the coast, you know what that means: the return of beach traffic. Vacationers in the middle of the country flock east and west, coastal residents trek north or south to a new beach locale, and travelers, travelers everywhere, head to the coasts to enjoy the outdoors, sunbathe, boogie board, get uncomfortably sandy, and above all? 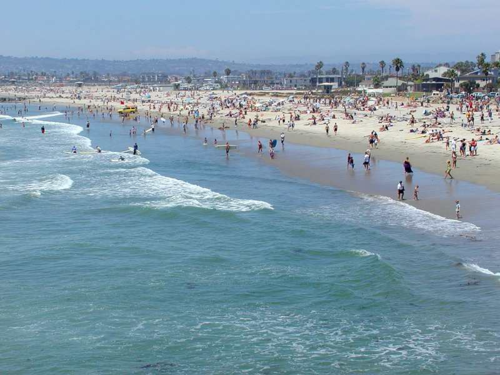 Beach vacations are the lifeblood of coastal communities; more than one-third of Americans spend leisure time at the beach, spending hundreds of billions of dollars annually on hospitality, transportation, fishing, food, and recreation. By some estimates, over 2 billion trips are taken to the beach by both foreign and domestic tourists. These local economies are sustained year after year by the continued presence of healthy, clean beaches.

Florida, for instance, is almost entirely coast, and is therefore quite dependent on the state of its coastal environment to sustain tourism and its status as a desirable place to live and do business. Florida hosts 80 million visitors and generates around $85 billion in tourist-dependent revenue each year. Importantly, the Sunshine State does not allow for oil drilling off its coasts, so it must be safe from the devastation that an oil spill can bring to nearby beaches, right?

Not at all. This year, Florida became the 4th state to sue over the 2010 Deepwater Horizon spill. Hundreds of miles from the spill site, Gulf currents carried toxic oil to the shores of a state that had no part in allowing such activity to harm its valuable coasts. Tar balls, oil slicks, polluted marshes, and damage to wildlife and public health prompted the state to sue BP and Halliburton for $5.48 billion in damages, both for the cost of cleanup as well as lost tourism and tax revenue.  "Without this level of tourism, Florida suffers, as do many of the local people and communities who are supported by it," according to the lawsuit. 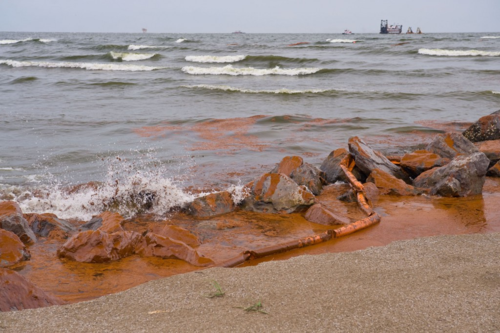 The Deepwater Horizon incident is notorious both for its sheer volume as well as its recent position in our memories. While headline-making spills occur every decade or so, relatively smaller spills happen much more often, as our recent “From Exxon to Valdez” review demonstrated. Whether through tanker accidents, pipeline leaks, railway crashes, or refinery mishaps, oil is spilled wherever it is extracted, transported, or refined, leaving most U.S. land and water, coastal and inland, in jeopardy.

If our nation is serious about fighting climate disruption, we must keep the dirty fuels that cause it under the ground. By steering the country away from fossil fuels and towards a sustainable, clean economy, we can keep our air, water, and land clean, as well as support local economies whose existence depends on iconic, landmark destinations such as beaches. President Obama’s “all of the above” approach just isn’t going to cut it when it comes to protecting our country (and our world) against the worst effects of climate change. What we need, as Executive Director Michael Brune put it in his blog, is a “cognitive shift” away from our old, destructive ways, and toward the ingenuity and resourcefulness that can build the sustainable, clean economy of the future.