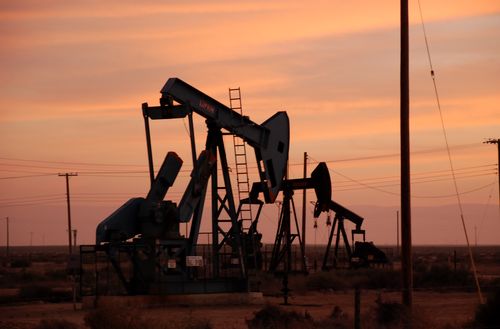 We’ve written before in this blog about how sequestration, or the mandatory budget cuts required by Congress this year, would put more stress on an already thinly-stretched environmental budget, as well as have untold ripple effects harmful to our land, water, air, and people’s jobs. The 8.2 percent cut across the board leaves very little discretion to agencies to trim where the least harm would be done, and we’re now beginning to see the real, on-the-ground effects of these cuts.

However, we’ll be the first to admit that there may be some unseen upsides to sequestration; namely, the delay of oil and gas leases in California.

The Bureau of Land Management announced on May 3 that the scheduled lease sales on 1,278 acres of public land in Fresno and Kern counties would be delayed for the rest of the fiscal year (until September 2013). The given reason? According to the BLM press release: “due to budget constraints resulting from the sequester”.

Well, every cloud has a silver lining, and the delay of these lease sales is one of the few welcome consequences of Congress’ failure to avert the sequester.

The announcement comes after last month’s ruling that the Bureau did not properly assess the fracking’s impacts on air, water, or wildlife in the Salinas River Valley before they auctioned off drilling rights. "BLM's decision to cancel planned lease sales in California for 2013 is a welcome sign that the agency finally recognizes that its rubber-stamp approach to oil leasing is no longer viable," said Brendan Cummings, an attorney with the nonprofit Center for Biological Diversity, in an interview with ABC.

The land in question is located close to the Monterey Shale, a large deposit of unconventional shale oil. Instead of auctioning off new leases, the BLM will focus on the inspection and enforcement on existing leases. While by no means will current drilling stop, the action helps to ensure that existing leases are properly monitored, and new leases in the future are more thoroughly considered for their impact on the land, as well as the people living on it.