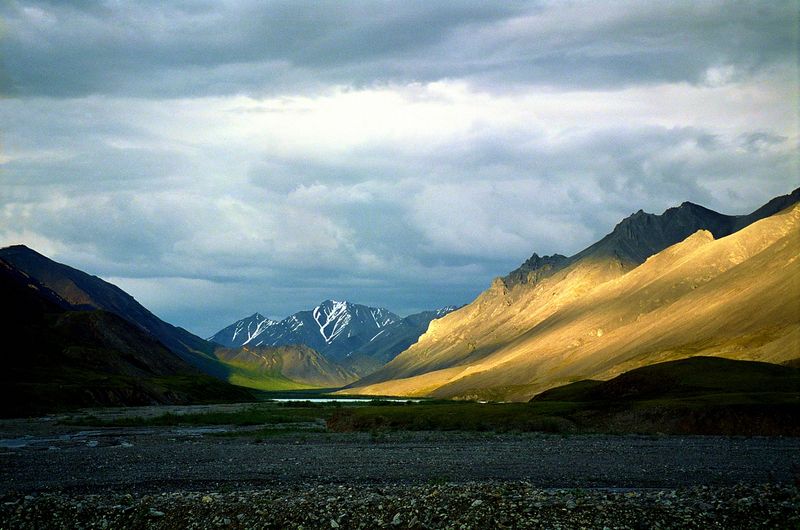 America's Arctic is a place like no other. Its unique conditions -- extreme weather, long periods of darkness -- and its remoteness from infrastructure make it both extremely harsh and fragile. Here sea ice meets the northern edge of the continent, and animals congregate in great numbers.

I have been fortunate in my life to spend a fair amount of time in arctic Alaska. This remote region is one of the wildest spots left on the globe. I've watched walrus gather on ice floes, puffins "fly" through the water, bowheads breach in ice filled waters, and polar bears prowl the ice edge. I have traveled with Alaska Native people, who have lived on these lands and waters for hundreds of generations, and I've listened as they described their connections to this land and importance of these animals to their culture and subsistence. A major spill could leave oil in these waters for decades -- killing whales, seals, and fish, and bringing to an end Alaska Natives' ancient way of life.

The Arctic is already paying the price for our fossil fuel habit. Northern Alaska is warming at twice the rate of the lower 48. The people of the North Slope see the effects every day -- in loss of sea ice, changes in animal abundance and behavior, and the loss of important subsistence opportunities.

The Obama administration is in the process of deciding if we should offer up new oil and gas leasing in the Arctic's Chukchi Sea, and Shell Oil recently announced that it wants to try once again to drill in the Arctic Ocean. This week the Bureau of Ocean Energy Management (BOEM) closed its official "Call for Information and Nominations for the Chukchi Sea." This "Call" is the first step in a multi-step lease sale process, where the oil industry must provide specific information to support nominations of areas to be considered for leasing. We need the Obama administration to refuse Shell's new, but not improved, exploration plan and decline to offer any new lease sales in the Arctic Ocean. 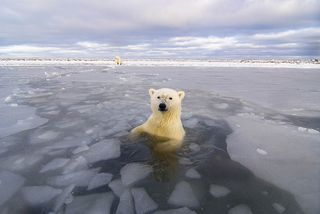 Drilling in the Arctic Ocean comes with a distinctive set of risks to the environment -- and challenging risks to the would-be drillers, as Shell found out in 2012. Shell's last attempt to drill in the Chukchi Sea showed clearly just how unprepared and ill-equipped oil companies are to drill in the Arctic. There is nothing to lend credence to the idea that Shell, or any other company, can drill safely in inhospitable arctic conditions. History has shown that where there is drilling, there is spilling. Oil spills in the Arctic would cause irreparable damage and be impossible to clean up.

Next year, 2014, will mark 25 years -– a quarter century -- since the Exxon-Valdez ran aground, and oil can still be found on south central Alaska beaches. But the risks extend beyond a devastating oil spill that would jeopardize wildlife and Native subsistence communities. The Arctic acts as a refrigerator for the northern hemisphere. Tapping into and burning oil from the Arctic Ocean would pump dangerous amounts of carbon pollution into the air, worsening climate change. It would also coat Arctic ice surfaces with black, heat-absorbing soot, further speeding the melting that is already at record levels in an Arctic that is already warming twice as fast as the rest of the planet. The effects of the melting of Arctic ice can be seen in rising sea levels in coastal areas from New Orleans to Miami and in a sharp global increase in extreme weather events.

The Obama administration identified addressing climate change as its number one environmental priority. While it has made significant progress with demand-side measures such as vehicle fuel economy and power plant carbon pollution standards, all of this progress can be negated by an "all of the above" energy plan that opens up our public lands and waters to dirty fuel production. To effectively address climate change, the United States must lead the effort to begin keeping fossil fuels -- oil, natural gas, and coal -- in the ground, especially in risky, remote, and fragile places like the Arctic Ocean.

The president's climate plan and his recent executive order on climate preparedness have spelled out the administration's commitment to combating and preparing for climate change. As part of the executive order, the president called on federal agencies to reduce the sources of climate change. If the administration is serious about addressing climate, then halting leasing and drilling in the Arctic Ocean is the place to start. The Arctic's fossil fuels should be kept in the ground. Cleaner energy and transportation options are here now. We don't need to continue investing in fuels of the past.

TAKE ACTION: Join us in asking the administration to protect the Arctic Ocean and the climate by keeping this dirty energy in the ground.