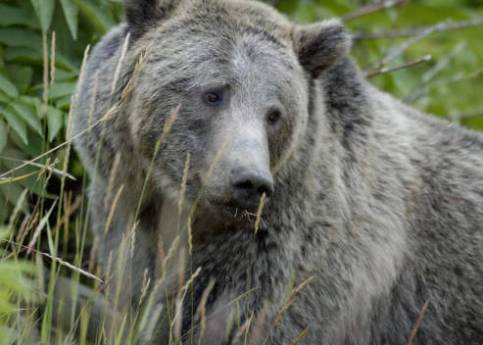 What do a green sea turtle, a brown pelican, a gray wolf, a humpback whale, and a grizzly bear all have in common? On first glance, not much. But they are all, in fact, success stories of the Endangered Species Act. All of these species were at some point on the brink of extinction in the continental United States. But thanks to the protections and recovery plans put in place by the Endangered Species Act, their populations have rebounded dramatically and, in many cases, they are thriving. They all tell the story of one of our nation's and the world's most successful laws.

This month marks the 40th anniversary of the passage of the Endangered Species Act. When President Nixon signed the act into law on December 28, 1973, he didn’t know that it would come to be the most effective tool we have to conserve species and biodiversity in our country. The law has been more than 99 percent successful at preventing the extinction of wildlife under its protection. And the bipartisan support shown for the Act is difficult to imagine in today's political climate. The bill passed unanimously in the Senate and with only a few dissenting votes in the House of Representatives.

And yet today, despite decades of success and saving icons of our natural heritage such as the bald eagle from near certain extinction, the Endangered Species Act is under attack as never before. Just a few short years ago, Congress made the unprecedented decision to intervene and legislatively remove gray wolves in Montana and Idaho from the Endangered Species list. That same year, House Republicans voted to forbid any additions to the list. And now, Senate Republicans have introduced the Endangered Species Management Self-Determination Act. This radical bill would allow states to simply opt out of wildlife protection regulations if they wanted to and would remove species from the list after five years, regardless of whether they are recovered.

Over the last 40 years, we have shown that we as a country value and have the ability to protect our most important and iconic wildlife. Now we must act to ensure that our children and our grandchildren can experience the wonder of hearing a wolf howl in places like Yellowstone National Park and witness flocks of brown pelicans in Florida. It's time to work together to ensure that the Endangered Species Act is just as strong 40 years from now as it is today.