Seeing the Forest for the Trees, Dead or Alive 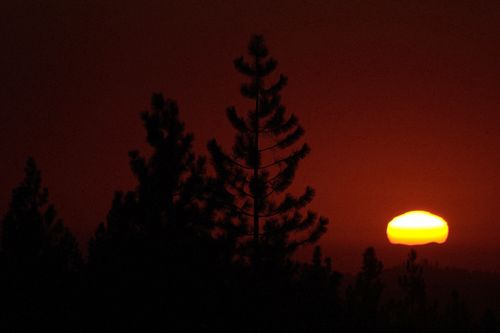 We now know that, according to the U.S. Forest Service (USFS) and local experts, the 2013 Rim Fire of Northern California burned somewhere between 250,000-270,000 acres of our public lands, including parts of Yosemite National Park. Reported by some as the third-largest fire in California history, the Rim Fire has become the focal point for highly controversial salvage logging legislation and, by contrast, a template for science-led grassroots collaboration.

In the early weeks of post-fire landscape assessment, there was a keen desire to log up to 1 billion board feet off the burned forest. This desire turned into legislative language that, along with the USFS Rim Fire Recovery Project plans, has fueled intense debate among industry, lawmakers, conservationists, and scientists alike.

The Sierra Club strongly supports embracing the region's best available post-fire science and ensuring that on-the-ground collaborative efforts have time to grow roots before legislative or misguided projects take off. The Sierra Club has a long history connected with Yosemite, going back to early outings lead by John Muir and the establishment of Sierra Club lodges to educate park visitors.  Naturally, it's in our ethos to ensure safekeeping of this treasured landscape.

The Yosemite region and Stanislaus National Forest are no strangers to fire. Much of the 2013 burn covered areas that have burned and reburned within the past 30 years. The Rim Fire presents, instead, an opportunity to revisit how we manage these fire-vulnerable landscapes, how we fight or embrace fire as a natural phenomenon, and how all of this changes in light of our rapidly changing climate.

In fact, numerous studies have confirmed that fire can significantly benefit our natural environment, particularly in the early stages of the natural ecological succession of a landscape.  That is -- imagine the natural growth of a forest -- the early stages are incredibly important, and it turns out that fire is an important part of their development.

The impact of moderate to severe fire on bird habitat is significant -- increasing nest cavities and abundance of species and their diversity, specifically in the Sierra Nevada ecosystem, site of the Rim Fire. And fire isn't just good for birds but also for shrubbery native to the regions prone to fire. IT is critical to the biodiversity of the region and the natural progression of the landscape. In the case of the Rim Fire, some feared that Yosemite's famous giant sequoia groves might be lost to fire. In fact no groves were damaged. Sequoias actually require fire to open their cones and allow for regeneration. National Park Service ecologists regularly set prescribed fires among sequoias to protect them and to allow for regeneration.

In the post-fire world, the timber industry suggests that salvage logging will protect the forest.  But science does not back up those claims. In fact, post-fire logging does more damage than good -- causing long-lasting harm to plants, wildlife habitat, water quality, and other natural functions of our forests.  Certainly a case can be made for the removal of post-fire hazard trees that threaten existing roads and structures, but even this action should be a relatively modest operation.

Today, we have the chance to create new science and management norms for landscapes like those in the Rim Fire, both before, during, and after fire.  Post-fire planning allows us to reemphasize the need to concentrate forest management on best available science, not plantation-style reseeding, and focus fire-prevention dollars on clearing defensible space close to dwellings as a way of reducing fire risk.  Unfortunately, not all feel the same way.  Shortly after the Rim Fire, California Congressman Tom McClintock introduced legislation to rapidly salvage log the affected area.

As noted in our Lay of the Land blog in October 2013, HR 3188, the "Yosemite Rim Fire Emergency Salvage Act" mandates damaging logging with no notice, public input, or environmental protections, and waives all administrative and judicial review. This bill would effectively suspend every federal law, including the National Forest Management Act, the Federal Land Policy and Management Act, and the National Environmental Policy Act. The Clean Water Act, the Endangered Species Act, and other critical federal laws are also waived under the broad brush of HR 3188.

In response to HR 3188, the USFS issued a statement strongly opposing the bill, recognizing its exemption of public involvement, judicial review, and more. While the USFS' opposition to egregious bills like HR 3188 is reassuring, the USFS-guided Rim Fire Recovery Project planning hasn't quite hit the mark either. In early December the USFS announced the Rim Fire Recovery Project's Notice of Intent to prepare an environmental review. In our comments with coalition partners, we noted several concerns with the proposed action. These include: no clear requirement in the plan to use the best available science, the allowance for salvage logging in areas near waterways, logging (by helicopter) of steep ground, construction of nearly 30 miles of new roads, and much more.

Our community sees this upcoming management plan as an opportunity -- one to steer us clear of industrial reforestation and short-sighted planning, and toward the USFS new Forest Planning Rule, the incorporation of the best available science information in the field, and a long-term management paradigm for the next 50 to 100 years. In addition, this provides a chance for real conversation about how we manage fires. Long-held notions of fire suppression are now being reconsidered.

In addition to comments, our allies are hard at work with fellow conservationists, USFS personnel, and scientists on the ground to establish a collaborative process that will inform the environmental review and overall management of the Rim Fire landscape. Moving forward, we hope that all lawmakers will take pause at the good work happening on-site, that USFS will similarly yield to collaboration among their own in the Stanislaus, and that we'll see a new day for fire management in an ever-changing climate and West.