Youth Project Aims to Save Wildlife 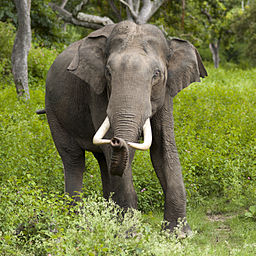 At 14 years old, Josh Crow is leading a project to help save wildlife around the world. Working with One World Conservation he's reaching out to youth between the ages of 6 and 17 years to write letters to world leaders in the North Atlantic Treaty Organization asking them to intercede on behalf of endangered wildlife.

Youth interested in joining Josh to help save wildlife can write letters or poetry, create art, or even make videos about any plant or animal currently on the International Union for Conservation of Nature Red List. Whether it's coral reefs or Asian elephants, youth should reflect on the plants and wildlife they are passionate about, perhaps even some that aren't as familiar to most people. Submissions should be polite and heartfelt and should include some scientific data to help persuade world leaders to take action.

"I need your help to protect the world's wildlife. This is our world, our heritage. And we need to protect it," says Josh Crow.

Submissions should be sent to wildlifeambassadors@hotmail.com or P.O. Box 41731, Austin, Texas 78704. Once sent, they will become the property of One World Conservation.

Last week my wife and I drove up the legendary Highway One on the California coast. Our destination was somewhere about 100 miles north of San Francisco, planted on the windswept bluffs perched above the ocean. Presently, this stunning area is known as Point Arena - Stornetta Public Lands. It is a patchwork of public lands and Trust for Public Land conservation easements that covers over 1,000 rugged acres.

We stopped, jumped out of the car into a stiff winter breeze and walked to the edge of the ocean.  We were greeted by two harbor seals frolicking in the waves on rocks below us, and as we scanned the ocean, hundreds of harbor seal heads appeared, bobbing in the rough sea. As we walked along the bluffs, seagulls and cormorants flew by and gathered on the rocks. It was exhilarating to see life thrive in such harsh conditions, knowing this scene has changed remarkably little over the past several thousand years. And, hopefully, the area will look this way thousands of years from now.

Just a few months ago, the Secretary of the Interior, Sally Jewell, walked these bluffs, accompanied by local residents and Sierra Club supporters who are united in their desire to see President Obama recognize Point Arena - Stornetta Public Lands as our nation's newest national monument. Designating this area a national monument would protect the rugged natural beauty and marine life here for future generations.

The president seems poised to act. Our visit to Stornetta was only few days after President Obama's State of the Union address, where he asserted that he would use his executive authority to protect our nation's public lands, a clear reference to his ability to designate new national monuments:

"I'll use my authority to protect more of our pristine federal lands for future generations."
-- President Obama

And this bold statement came only a few short weeks after Secretary Jewell visited another important landscape in need of increased protection -- the Organ Mountains-Desert Peaks in southern New Mexico. And just as at Point Arena - Stornetta Public Lands, local community members came out in droves to meet Secretary Jewell on her visit there. Close to a thousand New Mexicans turned out to a town hall meeting in Las Cruces to tell her the importance of protecting the region.

A national monument there would protect 500,000 acres of southwestern desert, steep mountain cliffs, and a diversity of wildlife, including peregrine falcons, pronghorn antelope, and mountain lions. A recent economic study found that a national monument designation would give a $7.4 million boost to the economy and double the number of jobs supported by outdoor recreation and tourism on public lands.

Jewell's visits to southern New Mexico and California are signs that the president is listening to the American public and hearing their demands to have their special places protected, especially in the face of a Congress that has repeatedly failed to act on saving our wild places. It is hugely rewarding to think that the bluffs whereI stood with my wife just last week could soon be protected forever as America's newest national monument -- and that the spectacular Organ Mountains-Desert Peaks could soon join them.

Please join me in thanking Secretary Jewell for showing her great interest in protecting these wonderful natural treasures for all of us. 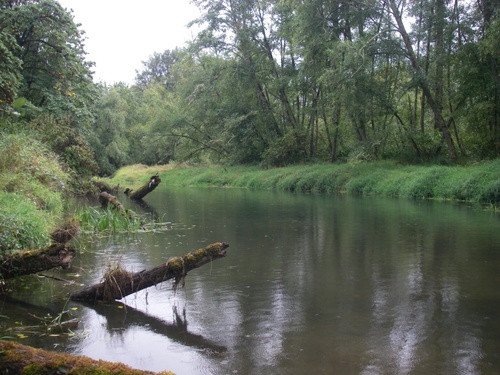 A three-inch-long minnow native to Oregon became the ultimate underdog success story this week. The Oregon chub (Oregonichthys crameri) was initially listed under the Endangered Species Act in 1993. The species was down to a population of fewer than 1,000, but thanks to the action and protection of the Endangered Species Act, the Oregon chub's population has been restored to nearly 160,000. The removal of the Oregon chub from the Endangered Species Act is a huge success not only for the Act but also for its implementation as part of a productive collaboration between employees at the federal, state, and local level with the help of landowners. Oregon Governor John Kitzhaber asserts, "The delisting of the Oregon chub is the product of remarkable partnerships by committed people who have advanced Oregon's natural legacy while showing that economic health is not only possible but strengthened by efforts to recover and safeguard native fish and wildlife."

The Oregon chub joins a happy group of endangered-species success stories and can now sit alongside animals such as the brown pelican, the gray whale, the southern sea otter, and the ever popular bald eagle, which also managed to bounce back from the brink of extinction.

Despite this latest chapter in a strong history of how well the Endangered Species Act works, last week House Republicans released their latest roadmap for undoing protections for our nation's wildlife. This roadmap trots out many tired and factually inaccurate arguments, disregards science, sets unrealistic timelines, and offers false choices between conservation and economic benefit. And while Republicans bemoan the number of species moved off of the endangered species list, they continue to fundamentally undermine species' recovery by continually cutting the budget of the Fish and Wildlife Service. By all accounts, the Act is a resounding success.Of all plants and animals ever protected under the Act, 99 percent have been saved from extinction, and populations of the majority of plants and animals protected under the Act are stable or increasing in size.

As President Obama said, "Throughout our history, there's been a tension between those who've sought to conserve our natural resources for the benefit of future generations and those who have sought to profit from these resources. But I'm here to tell you this is a false choice." We can have a productive economy while protecting important endangered species, and the recovery of the Oregon chub is the latest example to prove it.

The Endangered Species Act is undeniably one of the most important pieces of legislation that has been signed into law in the past 50 years, and it is credited with bringing back invaluable species from the brink of extinction. From the majestic bald eagle to the Oregon chub, the Endangered Species Act works, and will continue to work as a safety net for our native species, despite outlandish claims by some in Congress.