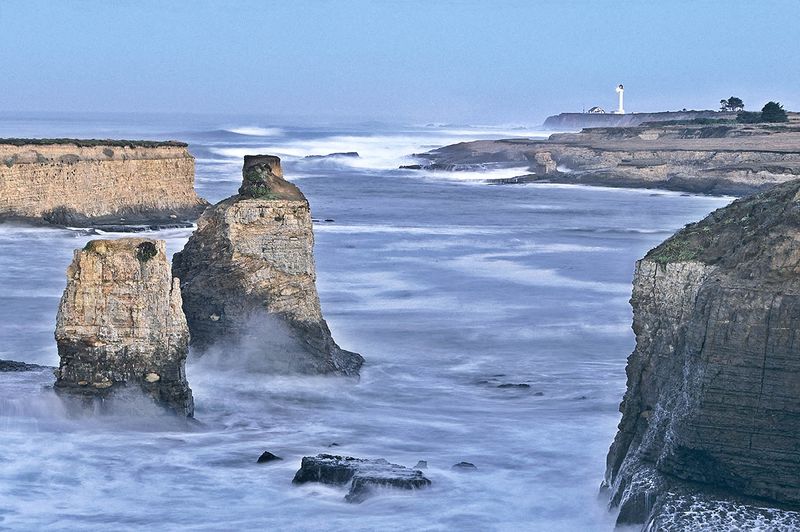 Last week my wife and I drove up the legendary Highway One on the California coast. Our destination was somewhere about 100 miles north of San Francisco, planted on the windswept bluffs perched above the ocean. Presently, this stunning area is known as Point Arena - Stornetta Public Lands. It is a patchwork of public lands and Trust for Public Land conservation easements that covers over 1,000 rugged acres.

We stopped, jumped out of the car into a stiff winter breeze and walked to the edge of the ocean.  We were greeted by two harbor seals frolicking in the waves on rocks below us, and as we scanned the ocean, hundreds of harbor seal heads appeared, bobbing in the rough sea. As we walked along the bluffs, seagulls and cormorants flew by and gathered on the rocks. It was exhilarating to see life thrive in such harsh conditions, knowing this scene has changed remarkably little over the past several thousand years. And, hopefully, the area will look this way thousands of years from now.

Just a few months ago, the Secretary of the Interior, Sally Jewell, walked these bluffs, accompanied by local residents and Sierra Club supporters who are united in their desire to see President Obama recognize Point Arena - Stornetta Public Lands as our nation's newest national monument. Designating this area a national monument would protect the rugged natural beauty and marine life here for future generations.

The president seems poised to act. Our visit to Stornetta was only few days after President Obama's State of the Union address, where he asserted that he would use his executive authority to protect our nation's public lands, a clear reference to his ability to designate new national monuments:

"I'll use my authority to protect more of our pristine federal lands for future generations."
-- President Obama

And this bold statement came only a few short weeks after Secretary Jewell visited another important landscape in need of increased protection -- the Organ Mountains-Desert Peaks in southern New Mexico. And just as at Point Arena - Stornetta Public Lands, local community members came out in droves to meet Secretary Jewell on her visit there. Close to a thousand New Mexicans turned out to a town hall meeting in Las Cruces to tell her the importance of protecting the region.

A national monument there would protect 500,000 acres of southwestern desert, steep mountain cliffs, and a diversity of wildlife, including peregrine falcons, pronghorn antelope, and mountain lions. A recent economic study found that a national monument designation would give a $7.4 million boost to the economy and double the number of jobs supported by outdoor recreation and tourism on public lands.

Jewell's visits to southern New Mexico and California are signs that the president is listening to the American public and hearing their demands to have their special places protected, especially in the face of a Congress that has repeatedly failed to act on saving our wild places. It is hugely rewarding to think that the bluffs whereI stood with my wife just last week could soon be protected forever as America's newest national monument -- and that the spectacular Organ Mountains-Desert Peaks could soon join them.

Please join me in thanking Secretary Jewell for showing her great interest in protecting these wonderful natural treasures for all of us.