« After a Spill: Ongoing Spill Costs | Main | House attempts (once again) to thwart the ESA »

After a Spill: Conclusions and the future

This is part five of a five part series on the dirty legacy of offshore drilling. Read parts one, two, three and four. 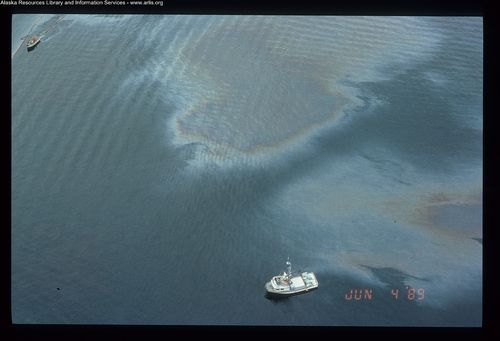 BP’s early commitment to accountability has shifted to one of affordability.  Entire ecosystems and the organisms that inhabit them have been irreparably damaged by the worst environmental disaster in the history of the US on the company’s watch. BP has now been reauthorized to bid on leases in the Gulf of Mexico, with settlements still pending and the long term effects of Deepwater Horizon still unknown. This decision is premature; BP has not proven that it will be a responsible contractor. If anything, the opposite is true. BP has just been involved with another spill in Whiting, Indiana that endangered the drinking water of millions of people. Although the spill was tiny in comparison to Deepwater Horizon, it is a spill nonetheless and BP recently spent over $4 billion to overhaul the Whiting facility to process heavy Canadian tar sands oil. BP should know better than anyone the risks of oil spills and their efforts to prevent them, such as the Whiting renovation, do not seem to be working.

The images of an oil slick so large it could be seen from space should serve as a reminder.  Images of fresh oil still on Alaskan beaches twenty-five years later should serve as a wakeup call. The only way to prevent events like Exxon Valdez or Deepwater Horizon in the future is to reduce our dependency on fossil fuels in favor of clean, renewable energy. Investment in solar and wind power is smart and efficient, and the best way to move on from these catastrophes. Both solar and wind energy markets have grown in recent years. In 2012, the Solar Industry employed 119,016 workers, which was 13.2 percent higher than in 2011.  At the time, the US growth rate for the economy was only 2.3 percent, meaning that 1 of every 230 new jobs was created in the solar industry. This progress continued into 2013, with the solar industry growing 20% and creating 24,000 new jobs in 2013. Meanwhile, the wind industry boasted 80,700 jobs at the end of 2012, including 25,500 manufacturing jobs. If the Production Tax Credit stays in place, the industry is on track for 500,000 jobs by 2030. A majority of voters agree that we should invest in more clean energy. Additionally, President Obama with his Climate Action Plan promotes the research and development of renewables as well as further research to understand the on-the-ground effects of climate change.

Our world today is changing: sea levels are rising, droughts worsening, ice melting—we need to recognize this and work to prevent future changes. Off shore drilling is no way to move forward. The oil and gas industry has failed to learn from its past mistakes; as a scientist who studied the effects of Exxon Valdez notes, “A lot of us that worked on Exxon Valdez were frustrated because we felt the mistakes we made were simply repeated 20 years later [with Deepwater Horizon].” With the current industry track record and the inability to truly clean up after a spill, expanding offshore development is a huge risk. From Exxon Valdez to Deepwater Horizon, to the 347 other spills totaling over 2000 gallons recorded since 1964—drilling is too much of a risk for America, today and tomorrow.  Enough is enough; it’s time to move forward America.