After a Spill: Oily Decades lie ahead for damaged coasts

This is part one of a five part series on the dirty legacy of offshore drilling. 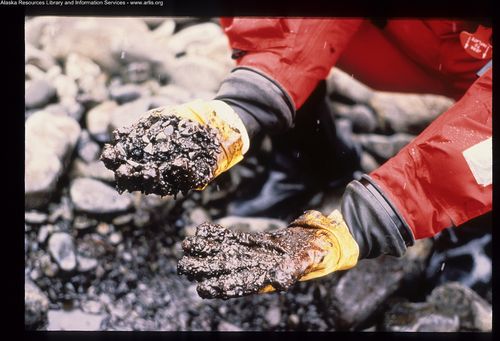 Four years ago the Deepwater Horizon drilling rig exploded and sank in the Gulf of Mexico. Between April 20th and July 10th, the uncapped oil well spewed almost 200 million gallons of crude oil into the Gulf of Mexico. This unfortunate anniversary is a cause for reflection on oil and gas development in our country, and what we’re willing to risk for it.

Known as the largest environmental disaster in US history, the Deepwater Horizon spill claimed 11 lives and generated an oil slick that was visible from outer space. Unfortunately, the Deepwater Horizon spill is not the first spill to wreak havoc with coastal ecosystems and economies in America. The Exxon Valdez spill occurred over 25 years ago on March 24th, 1989 and released roughly 11 million gallons of crude oil into Alaska’s delicate Prince William Sound area. Although BP claims its clean up job is finished in the Gulf, reflecting on the twenty-five years of contamination still ongoing in Alaska paints a different story. Only a few short years have passed since the spill in the Gulf, and oil is still found on beaches; looking northward, oil can still be found on Alaska’s shores 25 years later—the effects of the Deepwater Horizon spill can be expected to endure far longer than many attest.

Previously the worst environmental disaster in U.S. history, the Exxon Valdez spill “is widely considered the number one spill worldwide in terms of damage to the environment.” This is due mostly to the extreme wildlife diversity in the area, the timing of the spill, and the difficulty of the cleanup. Indeed, the cleanup took more than four summers before the effort was called off, additionally “not all beaches were cleaned and some beaches remain oiled today,” according to the Exxon Valdez Oil Spill Trustee Council. In the summer of 2001 (12 years after the spill) the National Oceanic and Atmospheric Administration (NOAA) found that over 20 acres of beaches were oil-contaminated, this was more than twice the estimate from the Exxon Valdez Oil Spill Trustee Council survey conducted in 1993. Officially, 21,000 gallons of oil remain, but many consider this estimate conservative. Official estimates tend to be far too shortsighted and do not adequately estimate enduring contamination. A report on February 28, 2014 found that Exxon Valdez oil can still be found between boulders and this oil is similar to 11 day old crude and thus highly toxic. Further the Exxon Valdez Oil Spill Trustee Council admits, “The remaining oil will take decades and possibly centuries to disappear entirely.”

Twenty-five years haven’t managed to heal Alaska’s beaches; and four years have not healed the Gulf. The outlook for other and future spills having successful cleanups is becoming increasingly bleak as long-term effects are still coming to light for both the Exxon Valdez and Deepwater Horizon spills. Despite the horrifying results of these spills, there are still calls to open up more areas in the Gulf of Mexico, the Arctic, and down the Atlantic coast for production. Isn’t it time we say enough is enough?