« The Lacey Act - Leading the Fight Against Illegal Logging | Main | After a Spill: Oily Decades lie ahead for damaged coasts » 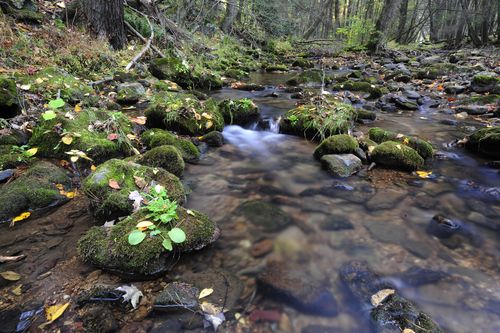 The Obama administration has proposed a new rule to ensure waterways are clean and safe from pollution, just as weather is warming up so Americans can start enjoying them. For years, confusing Supreme Court rulings and agency guidance have left our country's small streams and wetlands at risk of pollution. This new rule will finally clarify which US waters are protected under the Clean Water Act and restore protections to almost all of the nation's fresh waters – ensuring safe drinking water for 117 million Americans.

When Congress passed the Clean Water Act in 1972 and articulated that it applied to “all waters of the US,” they understood that bodies of water are interconnected. Many of us remember learning this in elementary school – how streams and rivers wind their way to join lakes and wetlands. Prior to 2001, virtually all streams, wetlands, lakes, and other natural water bodies were covered under the Clean Water Act.

However, the Clean Water Act was thrown into confusion by two Supreme Court decisions in 2001 and 2006 and subsequent agency guidance. For more than a decade, lack of clarity around the jurisdiction of the Clean Water Act has left many of our nation's waters unprotected – threatening the public drinking water supplies of more than 117 million Americans, putting 20 million acres of wetlands at risk, and leaving 59% of all stream miles in the continental United States unprotected.

The Sierra Club applauds the Obama administration for this effort to restore a common-sense approach to protecting our nation's lakes, rivers, and streams. Clean water is an undeniable necessity for the enjoyment of these resources – not to mention the health of our families, our environment, and our economy. As the Environmental Protection Agency and U.S. Army Corps of Engineers have recognized with this rule, ensuring the protection of water bodies upstream is vital to keeping pollution out of our waters downstream.

However, it is critical that this rule protect all of America’s wetlands and waterways. The proposed rule stops short of restoring pre-2001 protections for many regionally important wetland and water bodies located outside floodplains, including prairie potholes, Carolina bays, vernal pools, and playa lakes. The science is clear that these so-called “isolated” wetlands can affect quality of downstream waters, especially when these wetlands are considered in aggregate on a regional or watershed basis.

Today's rule is a major step towards restoring clean water safeguards for all U.S. wetlands and water bodies. We look forward to a robust public comment period and to seeing a strong rule finalized quickly.

p.s.-- Join us in thanking the Obama administration for restoring clean water safeguards.