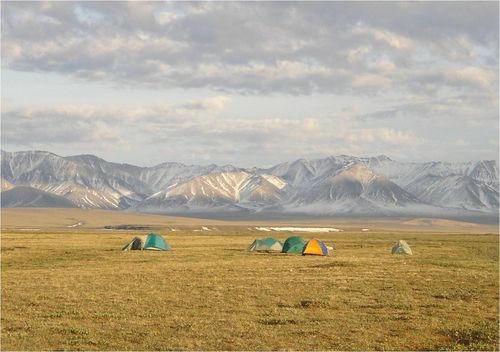 To celebrate the 50th anniversary of the Wilderness Act, Sierra Club Executive Director Michael Brune this week will embark on a journey through the winding rivers in one of our nation’s greatest wilderness icons, the Arctic National Wildlife Refuge. Joining him will be composer, writer, musician and 2014 National Geographic Emerging Explorer Paul D. Miller, known as DJ Spooky; and Rue Mapp, Founder and CEO of Outdoor Afro, a national and social network designed to help re-reconnect African Americans to nature.

The only refuge specifically designed for wilderness purposes, the Arctic Refuge is home to spectacular scenery and some of our most beloved wildlife, including polar bears, caribou and birds from all 50 states. The group will share stories with the Gwich’in residents of Arctic Village, then raft through the Brooks Range on the Aichilik River all the way to the Arctic Ocean, and there they will meet with the Inupiat people in the village of Kaktovik to learn more about their sacred connection with the land and wildlife.  The journey will be a testament to both the enduring legacy of the Wilderness Act but also the ongoing need for it, as they will float through a landscape protected for future generations in the Mollie Beattie Wilderness area, but end up in one of the areas most threatened by oil and gas exploration— the coastal plain of the Arctic Refuge.

Right now the Porcupine Caribou Herd is traveling through the Aichilik River region, according to reports in the field. The caribou herd is nearly 170,000 animals strong, and each year they migrate 1,500 miles from their wintering grounds in Interior Alaska and Canada, to the coast of the Beaufort Sea, and back.  On our trip we’re hoping to see the caribou herd as it heads to the coastal plain of the Arctic National Wildlife Refuge—the crown jewel of the refuge. These caribou come to the coastal plain each year to birth their young, and they’re far from alone. Millions of birds nest of the coastal plain and it's where polar bears den their young.

Over the past fifty years the Wilderness Act has protected nearly 110 million acres of public lands for all Americans to enjoy. Worthy in their own right, these lands also provide clean air and water for communities, provide landscapes for wildlife, help fight climate disruption, and contribute to the $646 billion outdoor recreation economy.   Wilderness areas provide opportunities for people to reconnect with the outdoors and with each other in an increasingly disconnected world. 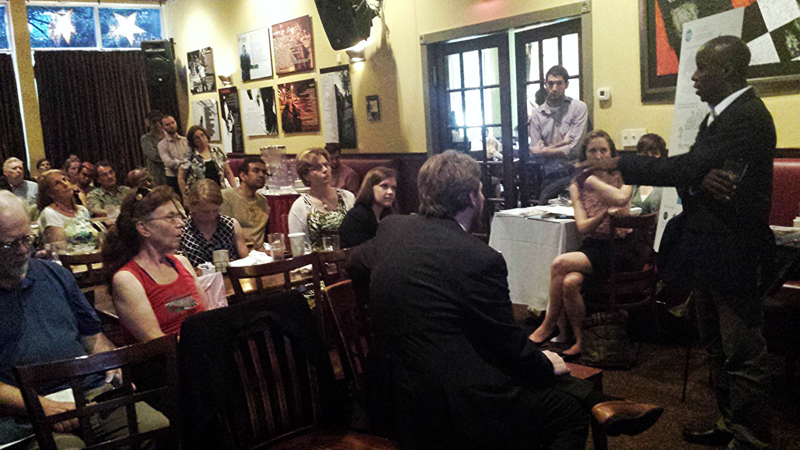 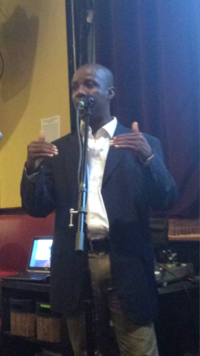 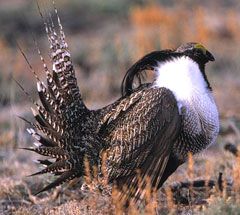 The Obama Administration is on a roll lately. First, the President proclaimed the Organ Mountains-Desert Peaks a National Monument, and then the EPA proposed ambitious new standards for carbon emissions from power plants. Just a few days ago, the Denver Post reported that the Bureau of Land Management (BLM) issued a moratorium blocking oil, gas and coal leasing on 800,000 acres of public land in southwestern Colorado and eastern Utah.

This land is home to the Gunnison sage grouse, a type of bird that lives in southwest Colorado and southeast Utah. Due to habitat loss, the population of Gunnison sage grouse has been reduced to approximately 4,500 – about one-tenth of its original size.

The moratorium described in the BLM memo prevents agency officials from offering and selling new leases, and requires that land-use plans be updated. Given that almost a quarter of our country’s annual carbon dioxide emissions currently originate from federally managed oil, gas, and coal production, keeping dirty fuels in the ground is a major part of addressing climate disruption.

As outlined in a recent report by the Sierra Club, developing just a few of the major potential sources of carbon pollution under our public lands, could dramatically alter the world's climate and more than negate other positive climate action.  Decisions, like that of the BLM, to keep these dirty fuels in the ground are a necessary piece of an effective climate strategy.

BLM’s decision protects our nation’s open spaces from fossil fuel extraction, safeguards vital habitat for the Gunnison sage grouse, and moves the country in the right direction on climate. We applaud the agency's recognition of the importance of protecting America’s wild legacy – and urge BLM and the Fish and Wildlife Service to aggressively protect the greater sage grouse and its habitat in 2015.

We hope President Obama continues this trend with more decisions that move our country further away from fossil fuels - such as withdrawing plans to allow offshore drilling and leasing in the Arctic Ocean.

Marine Sanctuaries and the Future of Our Ocean 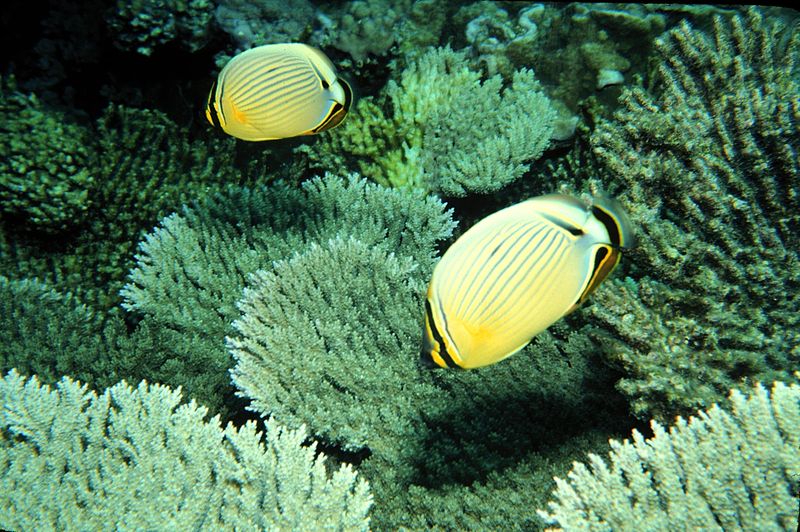 On Tuesday, President Obama announced his proposal to expand a marine sanctuary in the Pacific Ocean, a move that could double all of the world’s protected ocean.

By using his executive authority to add protected areas to the Pacific Remote Islands Marine National Monument, the President intends to create the world’s largest marine sanctuary in a threatened expanse of the south-central Pacific Ocean. According to The Washington Post, the existing protected areas in the monument may be enlarged by nearly 700,000 square miles. The plan will not be finalized before the White House consults with outside groups, including environmentalists and the fishing industry.

“The Pacific Remote Islands Monument is an important part of the most widespread collection of marine life on the planet under a single country's jurisdiction,” describes the National Oceanic and Atmospheric Administration (NOAA). The monument includes seven small islands controlled by the U.S. and some of the most diverse coral reefs in the central Pacific. Protections would extend 200 miles offshore of each of the islands, blocking fishing and other tampering activities in these pristine ecosystems.

Many endangered species of fish, crustaceans, turtles, and marine mammals in need of protection exist in this unique ecosystem. It is only the latest of the President’s efforts to safeguard natural environments, though his first major step for marine conservation.

Continue reading "Marine Sanctuaries and the Future of Our Ocean" » 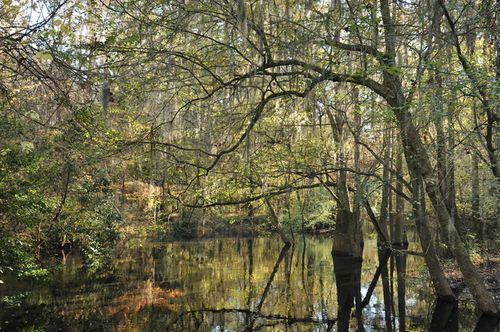 On May 29th, the National Park Service designated 6,690 acres in South Carolina’s Congaree National Park as protected wilderness. This is only the second time since 2009 that any new wilderness has been designated anywhere in the country. The first time was Congress’s protection of Michigan's Sleeping Bear Dunes wilderness in March of this year.

Generally, only Congress has the power to create wilderness areas but in this case, under a special law, the administration was given that authority.

Credit for this great news about Congaree is given to the work of the National Park Service. In his State of the Union address earlier this year, the President said that in the face of Congressional inaction, he would act to protect public lands. This action is one more example of the administration acting on that promise.

Located southeast of Columbia, SC, Congaree features the largest old-growth bottomland hardwood forest in the southeastern U.S. The Congaree River, Wateree River, and some smaller tributaries converge in the park and flow through the floodplain, making the region a depository for nutrients that allows nearly 90 species of trees to flourish abundantly in the region. 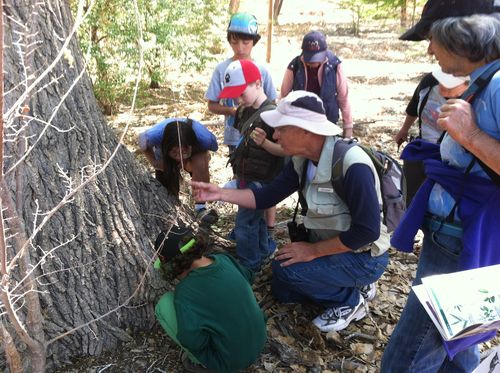 Just for kicks, I googled fear of outside this morning. My search turned up 187 million results. For comparison's sake, I then googled fear of death and fear of the unknown, fears I thought were fairly common. To my surprise, there were only 84.7 and 73.5 million hits, respectively, and when combined, still fewer results than my first search. While the findings of my quick internet inquiry will probably never hit the annals of any reputable science journal, there is a growing body of evidence that America is becoming increasingly sedentary and spending a lot of time indoors (you can find the facts on the Children & Nature Network's site).

June is Great Outdoors Month, and there is no better time to kick Nature-Deficit Disorder to the curb. So, let me share ten ways to get outside and celebrate the outdoors this month.