In a society preoccupied with electronic communication it comes as a ray of natural sunlight to read about Vermont families escorting amphibians such as frogs, toads, newts and salamanders across busy roads to the vernal pools in which they breed (Valley News May 11,’14). Concern for wild creatures is especially timely now since, on September 3, we celebrate the 50th anniversary of the Wilderness Act of 1964. That law defined wilderness as an area of undeveloped federal land retaining its primeval character, without permanent improvements or human habitation, protected and managed by designated federal agencies.

To understand the commitment of environmental conservationists I conducted an e-mail dialogue with outstanding leaders in the field. My questions were focused on the growth of their intimate relationships with nature and their views about the myriad ways in which wilderness matters. They provide valuable ideas for today’s youngsters and their families. 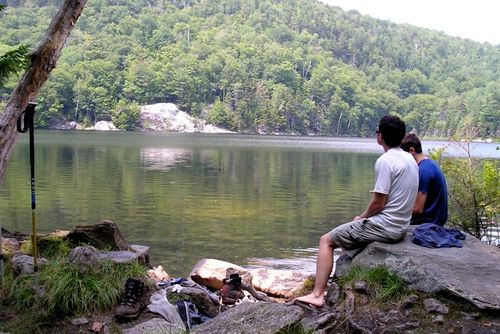 Don Dickson, a Sierra Club member since 2001, has collaborated incessantly with other conservation organizations to extend and protect wilderness areas in Vermont. During his first years in primary school he walked through a small forest with his buddies, curious about the crayfish, polliwogs and frogs they saw in a creek. Although his interest in wild creatures was sustained his exposure was sporadic until he moved to Vermont after graduating from college. There he has hiked as much as possible, always hoping to see moose, bear and deer without having them see him. Although he’s been mindful of possible attacks, his main concern has been to avoid habituating them to human presence that would place them at risk of being shot.

Greg MacDonald, current member of the Executive Committee of the Vermont Chapter of the Sierra Club, recalls woodland creatures in a family camp in New Hampshire in the ‘50s and ‘60s. “Raccoons would often jump from the trees … onto the roof of the camp, which triggered the vivid imagination of a four-year-old child in the middle of the night. My initial fear of these midnight marauders was later put to ease when a couple of raccoons decided to raise their family under our porch. [Although we never forgot] that these were wild animals, they really became part of our family and forged a lasting memory and appreciation of the natural world,” he wrote.

Daybreak offered special fascination also. On a farm in Nova Scotia “when I would accompany my uncle to the night pasture to herd the cows to the barn for morning milking my sneakers would become soaking wet even though it hadn’t rained and the skies were clear…. I was confused by the mystery of dew.”

“Much of my nature discovery happened on my own or with the neighborhood kids,” wrote Jackie Ostfeld, currently the director of the Sierra Club’s Nearby Nature Initiative that is “working to connect communities to nature-close-to-home.” Furthermore she co-founded the Outdoors Alliance for Kids … more than 70 organizations working to connect children, youth and families to the outdoors.

Being out in nature provided her “with a sense of freedom … where my parents didn’t really know where I was … where I could just be a kid.” Bob Jordan, until recently the national chair of the Sierra Club’s effort to protect Utah wilderness, enjoyed an experience somewhat similar to Ostfeld’s. When he was about eleven years old, his family had moved from a built up area to the edge of some fields and woods. “I would take long walks with my dog to enjoy the peace, quiet and natural beauty,” he wrote.

Others were attuned to special characteristics of the landscape. Beginning at seven or eight, Vicky Hoover, Chair of the Sierra Club’s California/Nevada Wilderness Committee, enjoyed outings with her family in state parks or forests where she enjoyed walks and scrambling on the rocks. Her first trip into wilderness occurred when she went backpacking in California with her husband and two children. “It was like a paradise, the peaceful, quiet, expansive subalpine basin with meadows, rock slabs, ponds and streamlets, small trees and mountains all around … hard to believe that this was ‘the real world’, no other people around. We were instilled with its serenity and peace – its perfection.”

Bill McKibben, Schumann Distinguished Scholar at Middlebury College, author and founder of 350.org which he described as “the first big planet-scale campaign about global warming,” was introduced to hiking by his father. “I was always moved, from an early age, by the shape of ridges and mountains, the sound of wind across a big pine forest,” he wrote. His most powerful experience of wilderness occurred hiking in the Adirondacks and “after four or five days just feeling like my mind had finally gone fully silent. Animals seemed to notice the same thing – I remember an owl landing on a branch three feet above my head and just sitting quietly as I walked underneath along the trail. At day’s end I sat by the lakeshore and watched a heron stalking fish not five feet away. It was as if I’d become invisible.”

“My concept of wilderness changed greatly over time,” wrote Bob Norman, a long-standing member of the Sierra Club. When he was about seven his family made several trips to a park in Northern Indiana. “I was aware that this area was protected from incursions by roads, machines, buildings. I was fascinated with its geology, its tall forest trees. I loved hiking its up-and-down trails.” His interest broadened during other trips. “The back country of the Tetons was probably my first experience in an area in the U.S. that qualified for wilderness as defined by the 1964 Wilderness Act. … I was interested in how the geological features came to be, and how they were changing, watching water flow and carry sand and rocks, forming new routes, wearing down channels. I liked comparing plants in high altitudes growing wild with domestic plants familiar to me [and] how types of trees growing were influenced by environmental causes. It would be important to keep areas in their natural state so that others after me could experience the same thing I was experiencing. I think I also felt that we would be preserving plant specimens for use by posterity,” he wrote.

He experienced curiosity that was paralleled, even surpassed, by that of Denis Rydjeski and his partner Betsy Eldredge, dedicated Sierra Club members with Denis serving as secretary of the Upper Valley Group. After finishing graduate school, that couple hitchhiked to South America where their extraordinary explorations included canoeing on the Amazon and climbing 5,000-meter extinct volcanoes in Ecuador, even as they mastered Spanish and Portuguese and worked with local people. They felt awe, humility and wonder as well as an urge to know better the remote areas of the United States.

Hoover interjected a caution. “When people have direct experiences of nature it forever alters them. The mere fact of a person having a cell phone irrevocably and irretrievably has changed the wilderness experience, the essence of which used to be … disconnecting from civilization.” However, when she queried her college student grandson about this he replied that it is precisely because he and his friends spend so much time connected to their electronic devices that some outings to get away from that world … are especially welcome and energizing and refreshing.

For five respondents, being in the wild stirred a profound recognition of the limited role of individual humans in the world. “It teaches us that we are not the center of the world, helps create empathy for plants, animals, [other] humans,” wrote Ostfeld. She recalls a night lying on the rocks on Vermont’s Long Trail during which she watched the Milky Way and myriad shooting stars. “I felt humbled; I felt sheer joy,” she recalls. In a similar vein McKibben recalled his awareness “that I was something small in something very large. In a human-centered world that seems so key.” 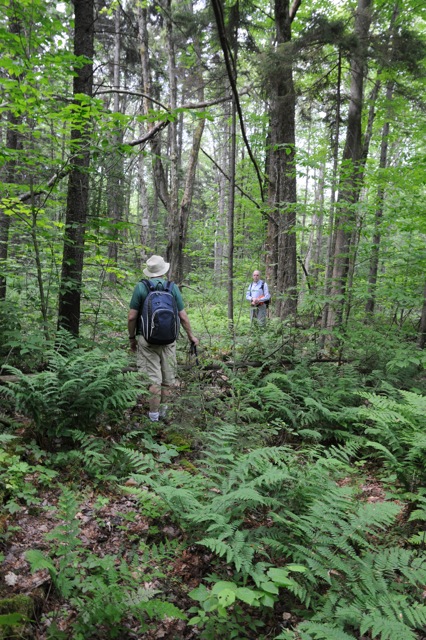 “Being in the woods as a child I would hear, smell and touch everything,” remembered Mark Nelson, Chair of the Executive Committee of the Vermont Chapter of the Sierra Club. “It was the experience of being next to and part of nature and close to God. …  I have a strong emotion related to the being that created the earth and everything on it. Not necessarily a ‘religious’ experience but more a ‘spiritual’ experience”.  Nelson’s view is almost echoed by MacDonald’s appreciation. “I am much more comfortable in wilderness than I am in most American cities” he wrote. “Humans are much more unpredictable than any animal I have encountered…The question of why does wilderness matter is answered with the question of why do churches matter. … I am not a religious person, but when I am in the wild there is a spiritual connection to my surroundings that I do not get anywhere else … a peace that is healing, rejuvenating, unpredictable.”

Dickson concluded: “Wilderness areas have intrinsic value: these sanctuaries of wild nature simply have a right to exist for their own sake”.