No New Oil Drilling in our Oceans 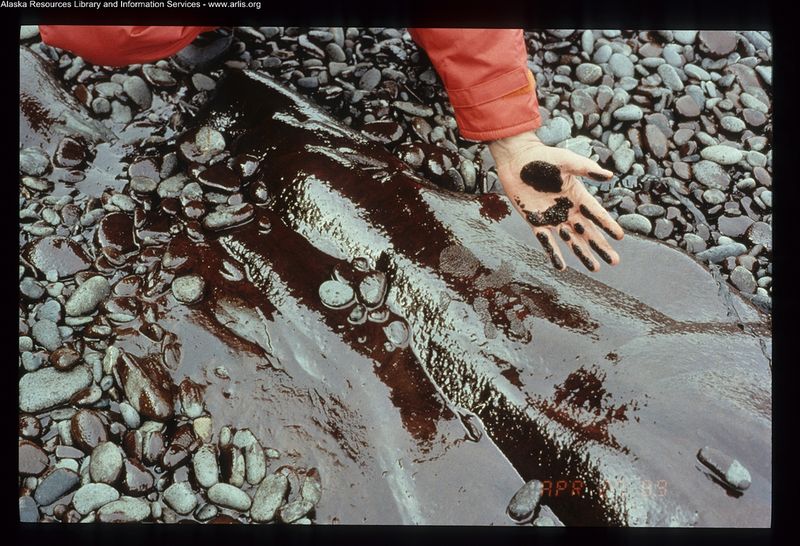 Photo from the Exxon Valdez oil spill in Alaska.

Labor Day represents the end of summer-- and nothing says summer quite like a trip to the beach. At the beginning of summer, my family spent a few wonderful days exploring the beaches lining a small South Carolina coastal town.  Enjoying the catch of the day at a local crab shack, we gazed at a sign across the road at a grocery store that pleaded "Don't ruin our ocean with sonic cannons."  As we talked to long -time residents, we were struck by the deep concern they have that drilling for oil offshore would kill this community’s tradition of great seafood, clean beaches, and sea turtle nesting.

Recently the Obama administration opened up the waters off the Atlantic coast to seismic testing, the first step towards offshore drilling. Opening up pristine areas of the Atlantic, Pacific and Arctic Oceans for drilling is being proposed  in the Obama Administration's new five year Outer Continental Shelf Oil & Gas Leasing Program. New offshore drilling not only threatens our communities and beaches, it also severely undercuts President Obama's plans to fight climate disruption.

The planet is heating up, from the burning of fossil fuels like oil and gas. Though President Obama and this Administration have done more to combat climate disruption than any other president, true progress can't be made if offshore drilling is expanded.  If we are serious about avoiding the catastrophic impacts of climate disruption, we have to keep dirty fuels like oil and gas in the ground and scrap any plans that would allow new offshore drilling off of our coasts.

Oil and gas from new offshore drilling dumps more carbon pollution into the air, increasing sea level rise that destroys coastal communities and beaches. More major cities such as New York will flood – as we saw during super storm Sandy -- as well as other cities such as Miami, Norfolk, New Orleans, and Boston. The Everglades and the marshes of Louisiana will melt into the Gulf of Mexico. The Florida Keys, North Carolina’s Outer Banks, barrier islands from New Jersey to Florida, and beaches across America could simply disappear. Some communities, like those in Norfolk, are already dealing with increased flooding from rising seas.

New offshore drilling threatens our coastal economies. Every summer millions of Americans vacation at our coasts and beaches. They spend time with their families, and spend billions of dollars supporting coastal economies that create millions of jobs.  Those jobs depend on clean, healthy beaches that could be lost to a single accident. Image from the Exxon Valdez oil spill in Alaska.

Drilling means spilling. True recovery after a devastating oil spill is a myth spun by Big Oil.  The Gulf of Mexico has still not recovered from the 2010 BP Deepwater Horizon disaster; oil continues to wash ashore on Gulf beaches; commercial fisheries and marine populations have not rebounded.

Opening new areas such as the South Atlantic for offshore drilling sets us up for more devastating oil spills and ties our nation into the dirty energy of the past.

Currently, there is no offshore drilling infrastructure on the east coast of the United States. Even if new leases are issued as early as 2017, it will take at least 15 years to develop the facilities - first exploratory rigs that are replaced by permanent drilling rigs, pipelines, support vessels and ports, etc. – to exploit any commercially recoverable oil or natural gas. That will mean that development of fossil fuels off the coast of Virginia or South Carolina would lock us into dirty fuels for the next twenty years and likely much longer.

This is not the legacy that the President, or we as Americans, should leave behind. New fuel economy standards and cleaner power plant rules are important and positive steps towards cleaning up our energy and combating climate disruption. However, to truly combat climate disruption, the President must also protect our coasts and beaches from oil drilling. Put the Atlantic, Pacific, and Arctic Oceans off-limits to offshore drilling and leave those dirty fuels in the ground.