« Yosemite, You Rock! | Main | San Gabriel Mountains National Monument -- The Wild Is Where You Find It »

Secrets of the Past in a Rugged Landscape

"Greater Canyonlands holds some of the most scientifically important cultural resources to be found anywhere in North America," says professional archaeologist and author Jerry D. Spangler. "To venture into this landscape - as anyone willing to tread lightly and respectfully can do - is to walk through time with wonder and awe, marveling at the secrets of our collective past."

Secrets of the Past in a Rugged Land: The archaeological case for protecting Greater Canyonlands takes the reader through 12,000 years of human history embedded in that landscape, offering highlights of the remarkable artifacts left behind by ancient inhabitants. The publication also outlines the numerous threats to this extraordinary region - from encroaching development and resource extraction to poorly regulated off-road vehicle use - and calls for monument designation to protect the area's cultural treasures. 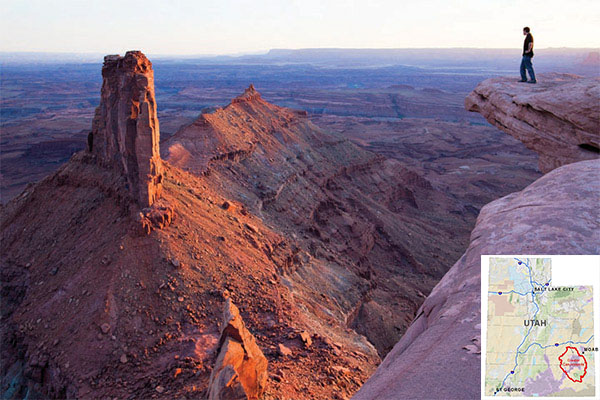 Greater Canyonlands in southern Utah is not only one of the last great untouched frontiers of the American West. It is also a remarkably well-preserved library of almost 12,000 years of human history -- from Ice Age mammoth hunters, to ancient cliff dwellers, to infamous outlaws. Photo © Grant Collier. 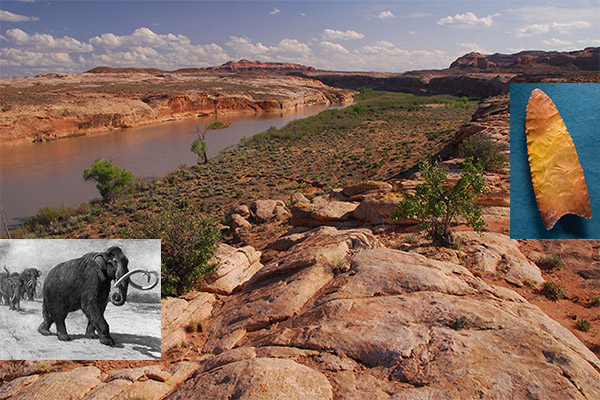 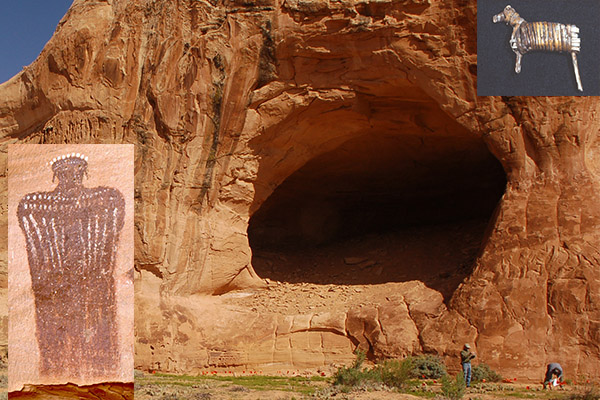 Scores of alcoves in Greater Canyonlands contain ancient artifacts representing thousands of years of human history, including basketry, sandals, and figurines made by Archaic hunters and gatherers. Ghostly life-sized figures – characterizing some of the most elaborate and well preserved Archaic rock art in North America -- stare down at today's visitors from towering sandstone cliffs. Photos by © Jerry Spangler, Steve Manning, NHMU. 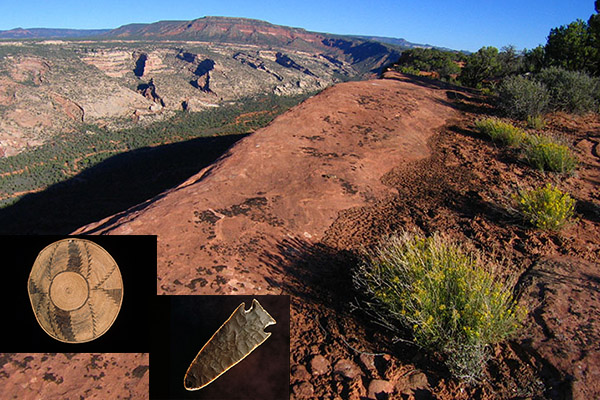 Intricately woven baskets and millions of pottery sherds, left behind by the "Basketmakers," offer insight into the fundamental shift from hunting and gathering to a more settled lifestyle of farming corn and squash that occurred throughout the American Southwest at about B.C. 500. Photos by © Ray Bloxham, Bruce Hucko. 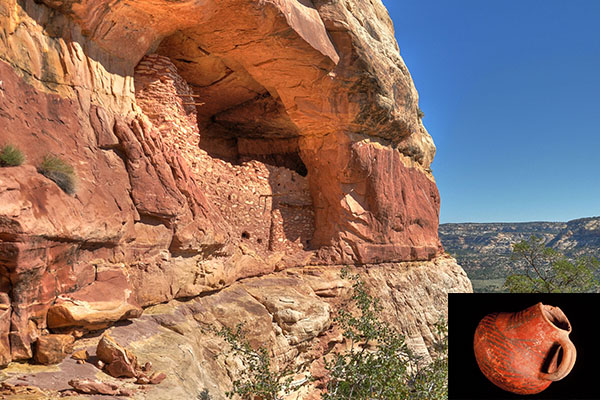 Hundreds upon hundreds of rock walled ruins cling to cliffs and rest on mesa tops, reminders of the Ancestral Puebloan people who successfully farmed southern Greater Canyonlands until a series of prolonged droughts compelled them to abandon the area. To venture into this landscape – as anyone willing to tread respectfully can do – is to walk through time with wonder and awe. Photos by © Ray Bloxham, Bruce Hucko. 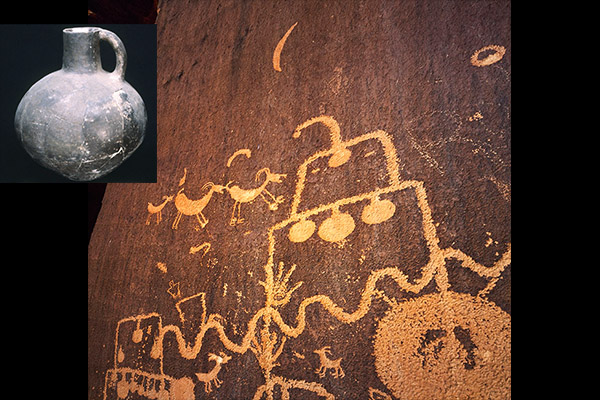 The distinctive rock art style of the Fremont people, who lived north of the Colorado River in Greater Canyonlands, continues to amaze modern visitors. Not yet studied in depth, Fremont sites offer unexplored storehouses of scientific information that could help explain how ancient farmers could grow corn, beans and squash in such an arid environment. Photos by © Scott T. Smith, NHMU. 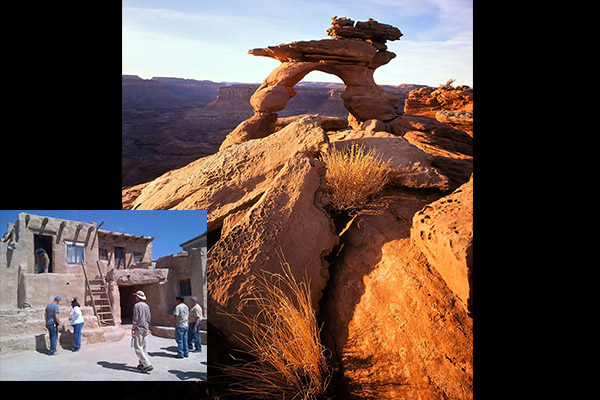 Although Greater Canyonlands was largely abandoned by about 700 years ago, the region continues to hold deep spiritual significance to modern-day Native Americans.  Archaeological evidence supports the claim that some modern day tribes are direct descendents of the ancient ones who lived in Greater Canyonlands centuries before. Photos by © David Muench, World Monuments Fund. 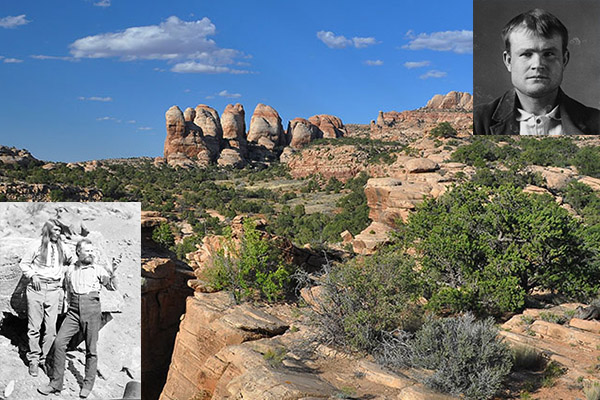 Over the last 200 years, Greater Canyonlands attracted dreamers and schemers who sought to explore and exploit the land, including famed explorer John Wesley Powell and notorious outlaw Butch Cassidy.  But the rugged nature of the region ultimately defied efforts to tame or settle the land. Photos by © Scott Braden, Public Domain. 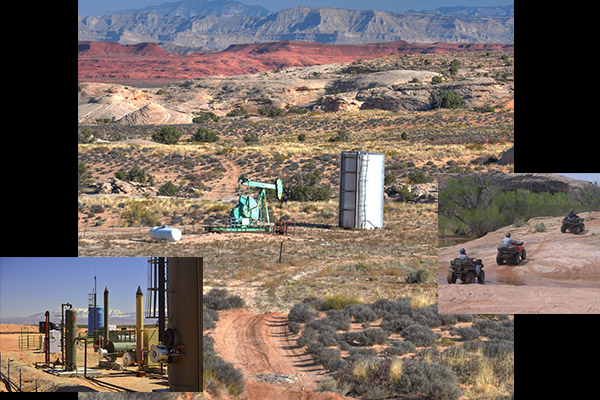 Today, encroaching dirty energy development, resource extraction and poorly regulated off-road vehicle use imperil Greater Canyonlands. Unless action is taken, the area's cultural treasures -- as well as its stunning scenery, exceptional recreational opportunities, and ecological health -- will only continue to be degraded and destroyed. The irreplaceable cultural treasures of Greater Canyonlands should be protected through presidential monument proclamation. Photos by © Ray Bloxham, Terri Martin, Heidi McIntosh.

Learn more about what this amazing area has to teach us in the full report, "Secrets of the Past in a Rugged Land: the archaeological case for protecting Greater Canyonlands." (PDF)