« Wilderness Wednesday: Discovering the Wild in Los Angeles' Backyard | Main | Secrets of the Past in a Rugged Landscape » 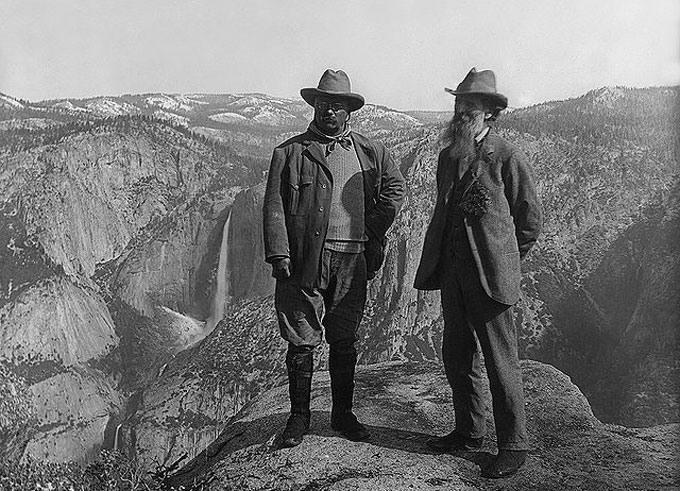 October 1 is Yosemite National Park's 124th anniversary. World-renowned for its towering granite monoliths like Half Dome and El Capitan, its waterfalls -- including Yosemite Falls, North America's highest -- and the unique grandeur of Yosemite Valley, the park's establishment in was arguably the most notable conservation achievement in the career of Sierra Club founder John Muir, pictured above with President Theadore Roosevelt at Glacier Point.

Muir first visited Yosemite in 1868 and advocated tirelessly for the park's creation for the next two decades. In 1889, he took Century Magazine editor Robert Underwood Johnson to Tuolumne Meadows, in what was then the Yosemite Grant -- California's first state park, established in 1964 -- to show him how sheep grazing was damaging the land. Muir convinced Johnson that the area could only be saved if it was incorporated into a national park, and Johnson's subsequent publication of Muir's articles led to congressional action establishing the federally-administered Yosemite National Park in 1890. Muir founded the Sierra Club two years later.

Share the Happy Birthday card below far and wide! 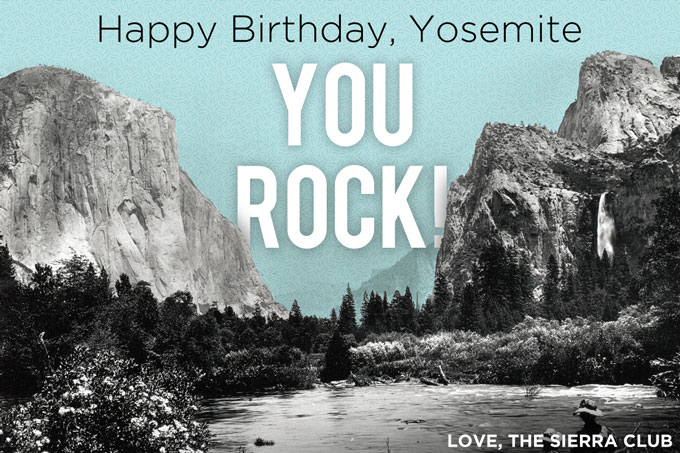